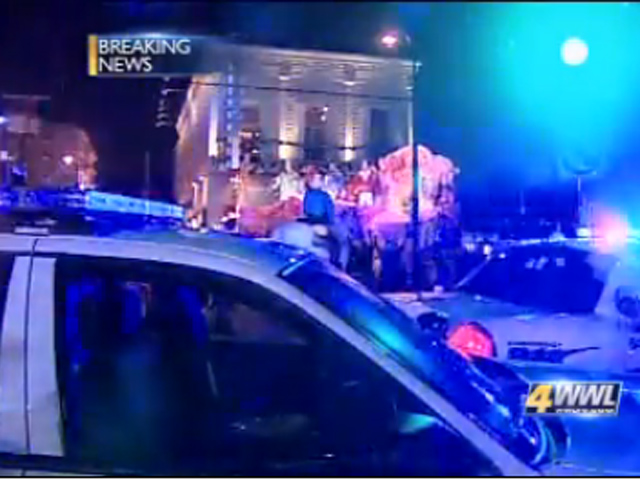 Police spokesman Frank Robertson says neither victim was seriously hurt. One was only grazed by the bullet.

Remi Braden, police spokeswoman, says that within seconds of the shootings, police had a 16-year-old in custody as the possible gunman. She says the teen put a gun into the trash as officers chased him, but it was later recovered. As he is a juvenile, his name was withheld.

CBS affiliate WWLTV reports officers called EMS to assist the injured 17-year-old and 19-year-old. Both victims were shot in the leg and taken to the hospital with non-life threatening injuries.

The shooter was booked on charges of carrying an illegal firearm. The charge of reckless discharge of a firearm at a parade - which carries a three-year mandatory sentence if convicted - is being considered.

Witnesses said the route was crowded and that people screamed and ran after they heard the shots.

Robertson says that after the shooting, floats in the parade were stopped to let ambulances through. Carnival parades roll though New Orleans for the two weeks before Mardi Gras, which falls on Feb. 21 this year.

Detectives are working on obtaining surveillance video to see if more than one suspect was involved.