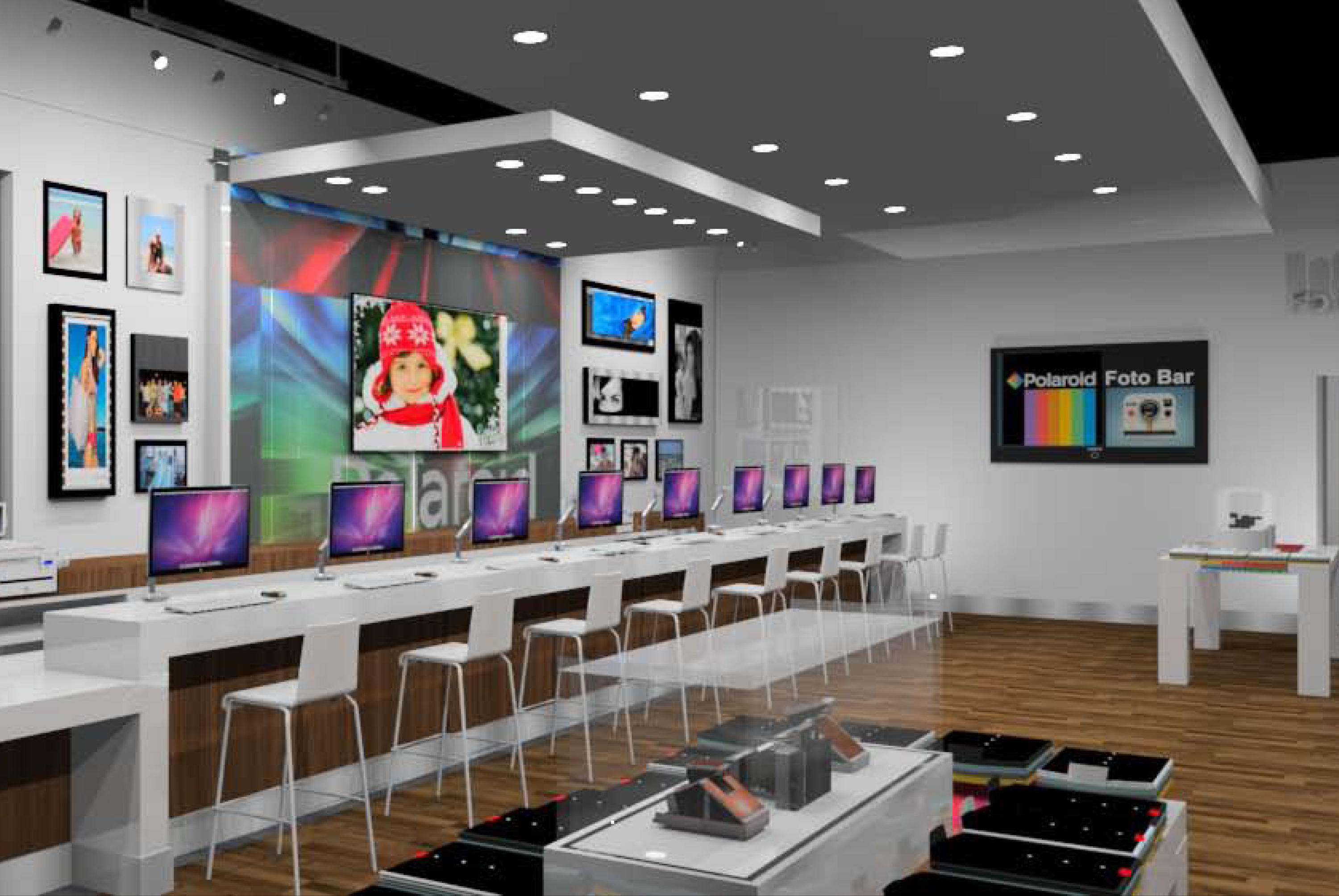 It this era of immediacy, it can be hard to remember the days when people would shoot a roll of film on a camera and then wait to get it developed before they even saw the photos. In a sense, before digital photography, the only instant pictures that existed were Polaroids.

Now, Polaroid is looking to change up the game again. It's opening several retail shops called Fotobars where people can bring in digital photos they have stored on their mobile devices -- including those in apps like Facebook, Picasa and Instagram -- and get them printed.

"There are currently around 1.5 billion pictures taken every single day, and that number continues to grow in tandem with the popularity and quality of camera phones," founder and CEO of Fotobar Warren Struhl said in a statement. "Unfortunately, even the very best of those pictures rarely ever escape the camera phone with which they were taken to be put on display around our homes and offices."

The Fotobars come equipped with work and edit stations where people can wirelessly transmit their selected photos to a desktop computer. From there, the uploaded pictures can be edited for red-eye correction, contrast, brightness, and filters can be added as well. The photos can be framed, matted, and even printed on different types of material, such as canvas, metal, and wood. The finished product is then shipped to the user within 72 hours.

Polaroid announced its Fotobar project at the Consumer Electronics Show happening this week. The first store is slated to open in February in Delray Beach, Fla. Nine other stores are expected to open in 2013 and will be in cities such as New York, Las Vegas, and Boston.

"Polaroid has always been about much more than just taking pictures," Polaroid President and CEO Scott Hardy said in a statement. "Polaroid Fotobar retail stores represent a perfect modern expression of the values for which we have stood for 75 years."