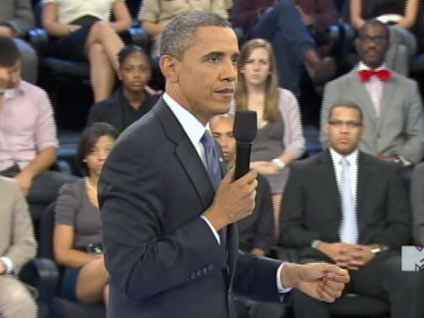 Politicians and automakers say a car that can both reduce greenhouse gases and free America from its reliance on foreign oil is years or even decades away.

Ron Gremban says such a car is parked in his garage.

It looks like a typical Toyota Prius hybrid, but in the trunk sits an 80-miles-per-gallon secret — a stack of 18 brick-sized batteries that boosts the car's high mileage with an extra electrical charge so it can burn even less fuel.

Gremban, an electrical engineer and committed environmentalist, spent several months and $3,000 tinkering with his car.

Like all hybrids, his Prius increases fuel efficiency by harnessing small amounts of electricity generated during braking and coasting. The extra batteries let him store extra power by plugging the car into a wall outlet at his home in this San Francisco suburb — all for about a quarter.

He's part of a small but growing movement. "Plug-in" hybrids aren't yet cost-efficient, but some of the dozen known experimental models have gotten up to 250 mpg.

They have support not only from environmentalists but also from conservative foreign policy hawks who insist Americans fuel terrorism through their gas guzzling.

And while the technology has existed for three decades, automakers are beginning to take notice, too.

So far, DaimlerChrysler AG is the only company that has committed to building its own plug-in hybrids, quietly pledging to make up to 40 vans for U.S. companies. But Toyota Motor Corp. officials who initially frowned on people altering their cars now say they may be able to learn from them.

"They're like the hot rodders of yesterday who did everything to soup up their cars. It was all about horsepower and bling-bling, lots of chrome and accessories," said Cindy Knight, a Toyota spokeswoman. "Maybe the hot rodders of tomorrow are the people who want to get in there and see what they can do about increasing fuel economy."

The extra batteries let Gremban drive for 20 miles with a 50-50 mix of gas and electricity. Even after the car runs out of power from the batteries and switches to the standard hybrid mode, it gets the typical Prius fuel efficiency of around 45 mpg. As long as Gremban doesn't drive too far in a day, he says, he gets 80 mpg.

"The value of plug-in hybrids is they can dramatically reduce gasoline usage for the first few miles every day," Gremban said. "The average for people's usage of a car is somewhere around 30 to 40 miles per day. During that kind of driving, the plug-in hybrid can make a dramatic difference."

Backers of plug-in hybrids acknowledge that the electricity to boost their cars generally comes from fossil fuels that create greenhouse gases, but they say that process still produces far less pollution than oil. They also note that electricity could be generated cleanly from solar power.

But Toyota and other car companies say they are worried about the cost, convenience and safety of plug-in hybrids — and note that consumers haven't embraced all-electric cars because of the inconvenience of recharging them like giant cell phones.

Automakers have spent millions of dollars telling motorists that hybrids don't need to be plugged in, and don't want to confuse the message.

Nonetheless, plug-in hybrids are starting to get the backing of prominent hawks like former CIA director James Woolsey and Frank Gaffney, President Ronald Reagan's undersecretary of defense. They have joined Set America Free, a group that wants the government to spend $12 billion over four years on plug-in hybrids, alternative fuels and other measures to reduce foreign oil dependence.

Gaffney, who heads the Washington, D.C.-based Center for Security Policy, said Americans would embrace plug-ins if they understood arguments from him and others who say gasoline contributes to oil-rich Middle Eastern governments that support terrorism.

DaimlerChrysler spokesman Nick Cappa said plug-in hybrids are ideal for companies with fleets of vehicles that can be recharged at a central location at night. He declined to name the companies buying the vehicles and said he did not know the vehicles' mileage or cost, or when they would be available.

Others are modifying hybrids, too.

Energy CS has converted two Priuses to get up to 230 mpg by using powerful lithium ion batteries. It is forming a new company, EDrive Systems, that will convert hybrids to plug-ins for about $12,000 starting next year, company vice president Greg Hanssen said.

University of California engineering professor Andy Frank built a plug-in hybrid from the ground up in 1972 and has since built seven others, one of which gets up to 250 mpg. They were converted from non-hybrids, including a Ford Taurus and Chevrolet Suburban.

Instead, Frank said, automakers promise hydrogen-powered vehicles hailed by President Bush and Gov. Arnold Schwarzenegger, even though hydrogen's backers acknowledge the cars won't be widely available for years and would require a vast infrastructure of new fueling stations.

"They'd rather work on something that won't be in their lifetime, and that's this hydrogen economy stuff," Frank said. "They pick this kind of target to get the public off their back, essentially." 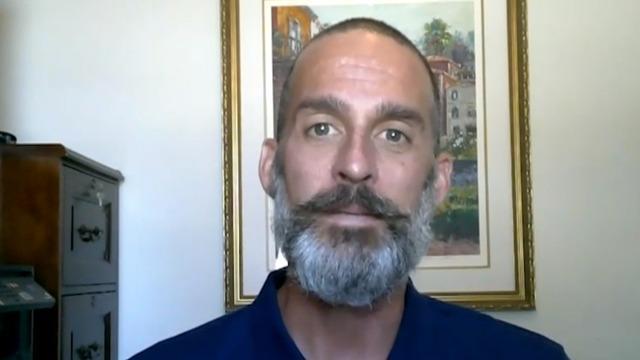 A bipartisan group of lawmakers will introduce legislation in the House and Senate Thursday following a six-month CBS News investigation into toxic conditions at a military base used by U.S. service members after 9/11. It would guarantee health coverage and services for sick veterans who were exposed to toxic materials at the Uzbekistan base, known as K2. Catherine Herridge reports.