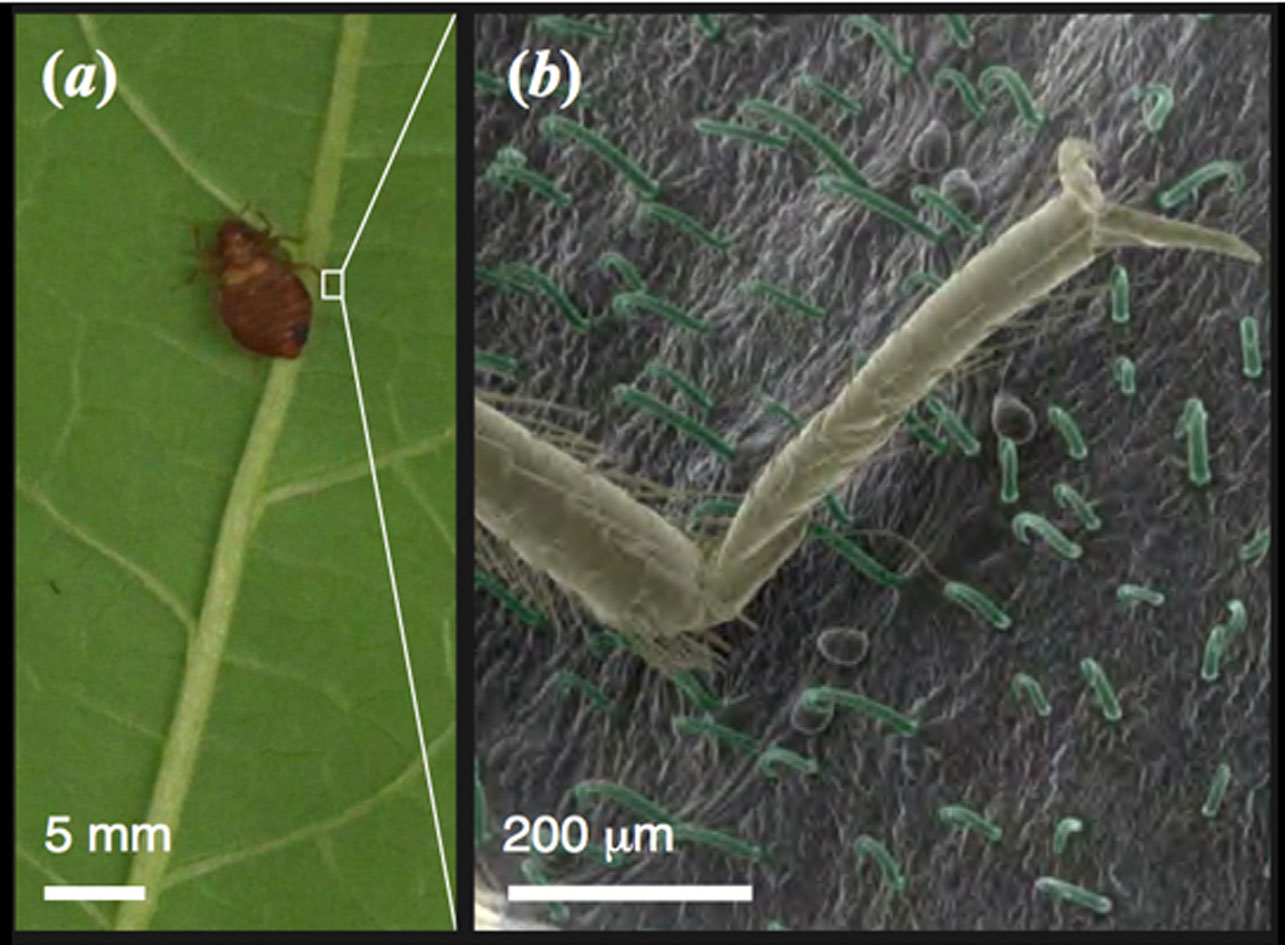 There's good news for those who fear things that bite in the night. Bed bugs could one day be captured using artificial surfaces that mimic bean leaves, researchers say.

Bed bugs are an ancient scourge of humanity that have made a startling comeback in recent years across the globe, infesting everything from homes and hotels to schools, movie theaters and hospitals. The nocturnal bloodsuckers cause burning, itching and swelling, and can hide nearly anywhere in the home, breed rapidly and hitchhike from place to place.Current methods of fighting the biting insects, such as using pesticides, freezing, heating and vacuuming, can be costly and unreliable.

Recently, though, researchers heard of a traditional Balkan remedy for bedbugs, a centuries-old technique used in Bulgaria, Serbia and other Eastern European countries. Bean leaves scattered on the floor next to beds seem to entrap the bugs as they scurry along the floor at night. The insect-encrusted leaves are then burned the next morning.

"The resurgent bedbug populations show a worrisome resistance to insecticides, which makes a non-insecticide approach very attractive," said researcher Catherine Loudon, an entomologist at the University of California, Irvine.

The trichomes are each only about 10 microns wide and up to 100 microns long. (In comparison, the average width of a human hair is 100 microns.) The researchers found that when bedbugs step on the leaves, the hooks impale the insects' feet. After getting pierced by a trichome, the critters continue to struggle, but this often just further ensnares them.

"There is absolutely no evolutionary history between bean plants and bedbugs, so this entrapment effect on bedbugs specifically is purely coincidental," Loudon told TechNewsDaily.

Bean leaves could theoretically be used to control bedbugs, but the vegetation dries out and so does not last very long. Moreover, the leaves cannot easily be used in places other than floors.

Instead, drawing on the bean leaves as inspiration, the investigators sought to fabricate artificial materials that mimic the way the vegetation stabs bedbugs.

"Plants exhibit extraordinary abilities to entrap insects," Loudon said. "Modern scientific techniques let us fabricate materials at a microscopic level, with the potential to 'not let the bedbugs bite' without pesticides."

The researchers poured silicone rubber onto actual bean leaves to create a mold of their surfaces and made copies from these molds using a variety of epoxy resins that have similar mechanical properties to the cell walls of plants. Since the natural hook tips sometimes broke off in the molds, some of the artificial hooks the researchers created were hybrids that possessed sharp natural tips from the real leaves.

So far, though, the manmade leaves, whether containing synthetic tips or natural ones – are not as effective at trapping bedbugs as are real bean leaves. This suggests there is more to learn about how trichomes affect bedbugs, scientists say.

The researchers speculate that real trichomes bend or twist more than the synthetic versions do. This flexibility may help the hooks skitter along a bug's surface until their sharp points end up in a crevice or pit, leading to piercing.

"Nature is a hard act to follow, but the benefits could be enormous," said study coauthor Michael Potter, an entomologist at the University of Kentucky. "Imagine if every bedbug inadvertently brought into a dwelling was captured before it had a chance to bite and multiply."

The scientists detailed their findings online April 10 in the Journal of the Royal Society Interface.

Copyright 2013 TechNewsDaily, a TechMediaNetwork company. All rights reserved. This material may not be published, broadcast, rewritten or redistributed.