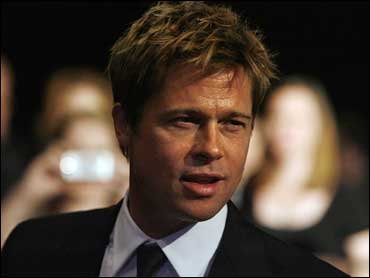 With a brass band accompaniment, developers in this city's devastated Lower 9th Ward celebrated the start of construction Thursday on an environmentally friendly new home, based on the winning design in a competition started by Brad Pitt.

Bundles of hay were used to outline the site of the first house, which will serve as a model home and visitor center while construction of other houses is under way. The first house is expected to be completed in August around the second anniversary of Hurricane Katrina.

The home will be made with energy-saving materials such as metal roofing and recycled textiles.

"Hopefully this can be a model for the level of redevelopment that can be done here," said Matt Petersen, president and CEO of Global Green USA, the environmental group working with Pitt on the project.

Global Green plans to sell the homes and plans to give preference to former residents of the Lower 9th Ward's Holy Cross neighborhood, where the homes are being constructed.

Though absent from Thursday's celebration, Pitt, who's appeared in such films as "Babel" and the upcoming "Ocean's Thirteen," issued a statement to organizers from Prague, where he is visiting Angelina Jolie, who's making a movie there.

"I'm crying out for one of our leaders to really make this a priority," he said.

More than 1,000 New Orleans area schoolchildren were invited to Thursday's ceremony because Global Green is working to make their schools more energy efficient.

During a news conference Thursday, organizers announced that the Home Depot Foundation will be a partner in the 9th Ward project, which started with a design competition by Pitt in April 2006.

The winning plan, announced in August, was submitted by Matthew Berman and Andrew Kotchen of Workshop APD in New York. It includes designs for about a half-dozen single-family housing units, 18 apartments, a community center, play area and pedestrian.

Pitt has contributed $100,000 to help underwrite the contest and another $100,000 to help cover contest prize money; the whole project is valued at $7 million to $9 million. In January, he and Jolie purchased an early-1830s masonry mansion in the French Quarter for $3.5 million.