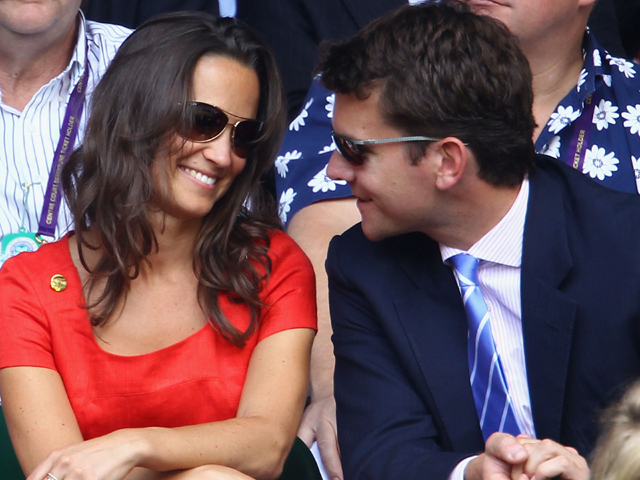 (CBS) Her sister is married to the future king of England, but Pippa Middleton hasn't been as lucky in love.

The 28-year-old socialite was reportedly dumped by banker boyfriend Alex Loudon because of her newfound fame.

According to the Daily Mail, Loudon could no longer cope with the "circus" that surrounded Middleton.

A friend of the couple told the paper, "The plain truth is Alex adored Pippa but he couldn't stand the circus that now surrounds her. Nothing is straightforward anymore."

"He hated the fact they were followed by paparazzi and he avoided going out because of it," another source said. "Alex is very strait-laced. He loves his family and his friends and has no time for celebrity."

The paper also reports, citing a member of Middleton's circle, that Loudon's parents were lukewarm about their son's relationship and didn't see her as "wife material."

Middleton has reportedly leaned on her sister in wake of the split, which was reported last week.

"Pippa tried to get over the split by spending last weekend with Wills and Kate at Balmoral," a source told The Sun. "She and Alex split briefly in the summer, but this time it's over. They are barely speaking."

Hello! magazine reports that Middleton has pulled out of an upcoming appearance because of the breakup. She was due to attend the Square Mile Masked Ball on Nov. 25, but organizers told the magazine that she will not be coming.