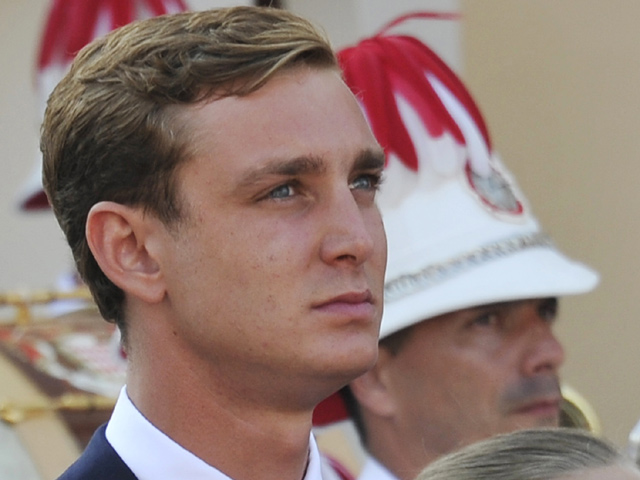 (CBS/AP) NEW YORK - A grandson of the late Princess Grace of Monaco was briefly hospitalized after a brawl in a New York City nightclub.

Prince Pierre Casiraghi suffered cuts to his face and a broken jaw during the fight with former nightclub owner Adam Hock. Hock was arraigned Sunday on charges of assaulting the prince and three friends at the Double Seven nightclub in Manhattan's Meatpacking District.

An attorney who represents the 24-year-old prince told the Associated Press that Casiraghi was treated at a hospital and released after Saturday's incident. Attorney Richard Golub says Casiraghi's group did not "instigate anything" or provoke the attack.

However, Hock tells the New York Post that the prince and his entourage "were being completely obnoxious," and verbally abusing women with him.

Hock insists he was defending a group of supermodels when he punched the prince.

"I acted 100% in self-defense. I felt I had to defend the honor of the women I was with," said the 47-year-old who left a doctor's office wearing a sling on his left arm.

"The facts are very clear," said Nadine Johnson, a spokeswoman for Casiraghi and his crew. "There was only one person arrested, Mr. Hock, who spent two days in jail as a result of his actions."

"There was a verbal dispute that turned into a fist fight," an NYPD spokesman said. "Hock allegedly punched (the) complainants in the face with a closed fist. They suffered pain and bruising."