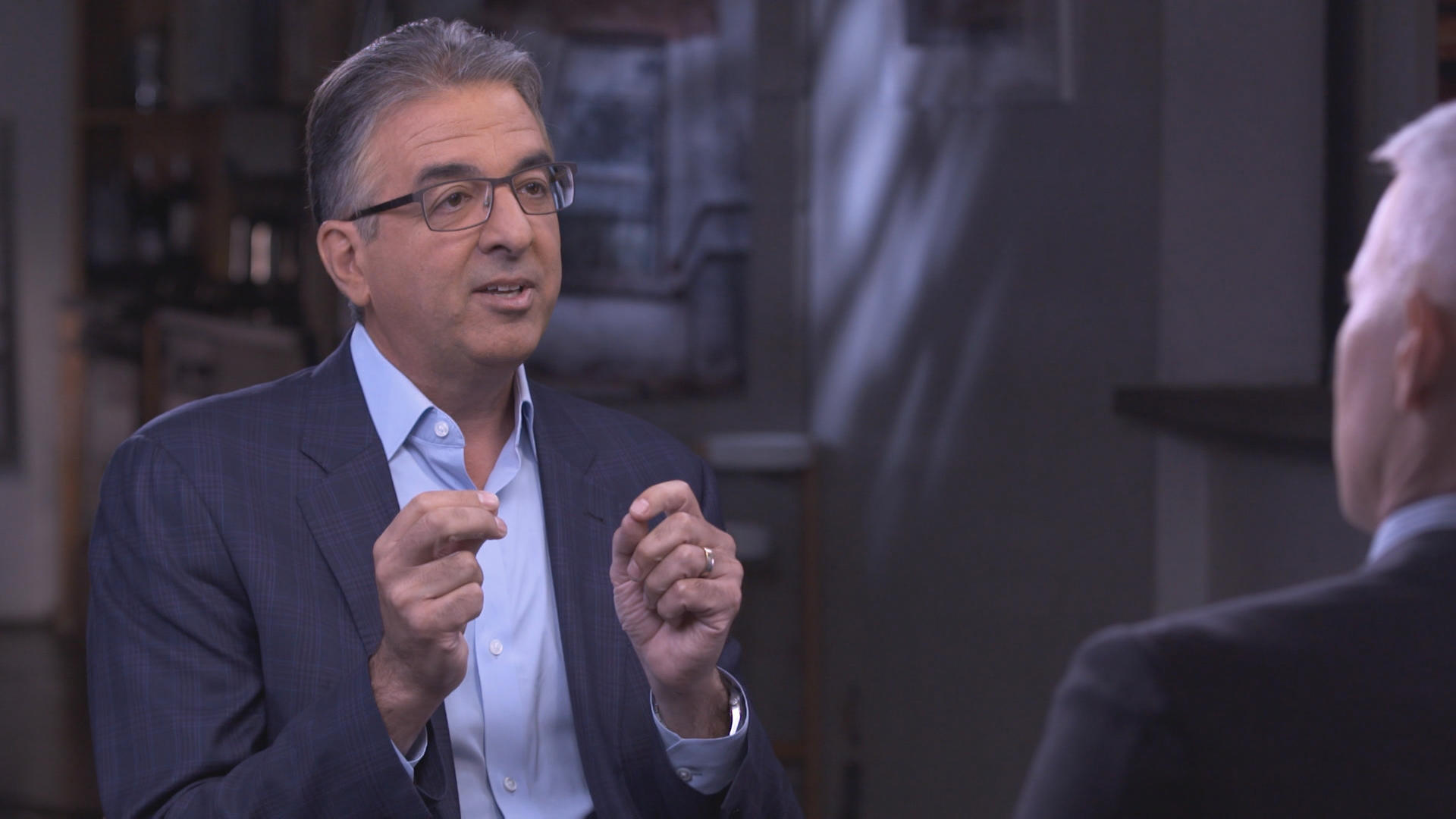 Editor's note: 60 Minutes' Guy Campanile has produced two reports with Anderson Cooper on the impact mobile devices may have on the brain.

It's pretty easy to find the parent of a preteen with strong opinions about the amount of time their children spend on smart phones or tablets. I need to look no further than my own living room, where there seems to be a loud nightly struggle with our 14-year-old son over the hours he spends staring at his smartphone. However, it's extraordinarily difficult to find well-established neurological studies that can determine whether all that swiping, scrolling, and texting is actually shaping the development of his young mind. The reporting on "Screen Time" allowed us a peak into early research that may answer that riddle.

We first began looking into this when we met Tristan Harris in the winter of 2017. Harris was a former manager at Google and one of the first Silicon Valley insiders to reveal that apps were being designed by software engineers to capture and keep users' attention.

"Every time I check my phone, I'm playing the slot machine to see, "What did I get?" Harris told us. "This is one way to hijack people's minds and create a habit. What you do is you make it so when someone pulls a lever, sometimes they get a reward, an exciting reward. And when they pull a lever another time, they don't get an exciting reward. And it turns out that this design technique can be embedded inside of all these products. And when it's variable, that makes it addictive."

Programmers call it "brain hacking," and Anderson Cooper reported on it in the 2017 piece embedded below. He found that brain hacking depends heavily on building unexpected rewards into apps. As users stumble onto these hidden treasures, the surprise stimulates production of a brain chemical called dopamine. Neurologists told us dopamine signals the body that something pleasurable is about to occur. It plays a pivotal part in cravings and desire.

While dopamine may have a role in why my 14-year-old spends so much time staring at his phone, we found brain scientists had not studied large number of kids to see if heavy screen use resulted in lasting changes. By one measure, kids spend an average of 4 and half hours a day gazing at their phones. Increasingly toddlers are also being given smart phones and tablet devices, according to Dr. Dimitri Christakis who is lead author of the latest screen time guidelines for children by the American Academy of Pediatrics.

In the video at the top of the page, Dr. Christakis tells Anderson Cooper that toddlers are increasingly using mobile devices to self-soothe, rather than learning to do that on their own. He warned that interaction with a parent or caregiver is being replaced by technology, and his guidance for parents is simple: Toddlers "need laps more than apps."

Our questions about the impact of screen time on kids' brains coincided last spring with the beginning of the largest government study ever attempted of adolescent brain development. The Adolescent Brain Cognitive Development (ABCD) study will follow more than 10,000 kids. Dr. Gaya Dowling of the National Institutes of Health explained that project was initially looking at the impacts of alcohol, drugs, sleep patterns and sports injuries might have.

"I think the screen time component really came into play because we were wondering, what is the impact?" Dowling said. "I mean, clearly kids spend so much time on screens. And they're very engaging, very interactive. The likelihood that they have an impact on brain, and cognition, and social development is pretty high."

The NIH researchers allowed us to visit test centers in California and Maryland as they began their first MRIs and interviews with nine and 10 year olds. We were all surprised when results from the scans of 4,500 participants showed evidence of differences in the brains of some of the heaviest users of electronic devices.

The information provided by the ABCD study has also already revealed that kids who spend two hours a day or more on screens scored lower on memory and language tests.

Many more discoveries are expected as the data the NIH collects is made available to researchers around the world. But it may take many more years before scientists can solve the chicken-and-egg paradox at the heart of screen time's impact: Does screen time shape a child's brain, or is it a kid's brain that shapes how much time is spent on screens?

All of the brain researchers we spoke to agreed that by the time they figure out the answer, there's a good chance a new technology will have come along to replace the gizmo that commands my son's attention. As one researcher told us, "Silicon Valley always moves faster than science."

To watch Anderson Cooper's 60 Minutes report about the impact of screen's on the brain, click here.

Sondheim on "West Side Story" collaborators