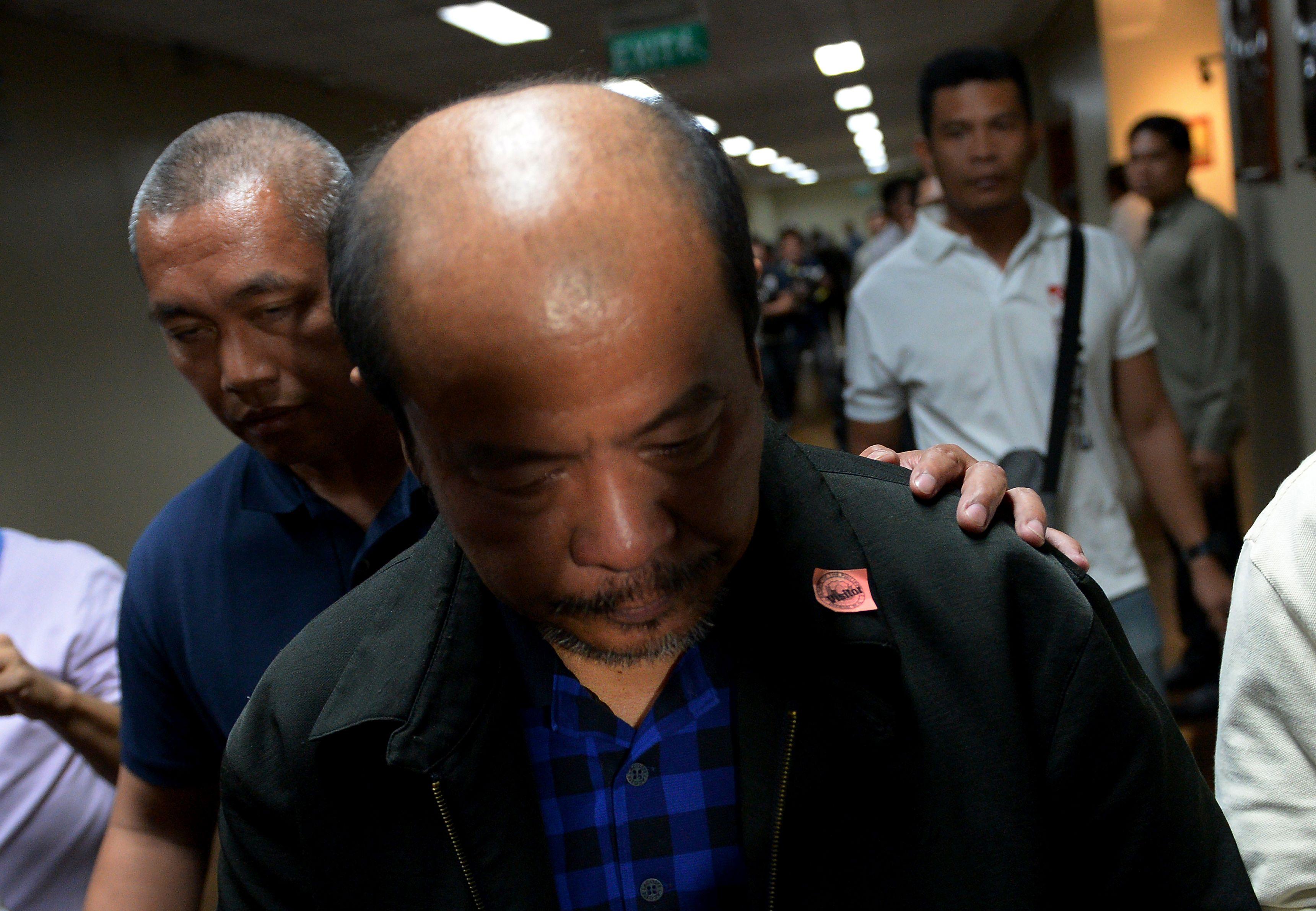 MANILA, Philippines -- A retired Philippine police officer said Monday that President Rodrigo Duterte, when he was a mayor, ordered and paid him and other members of a so-called liquidation squad to kill criminals and opponents, including a kidnapping suspect, his family and a critical radio commentator.

Human rights lawyers who presented Arthur Lascanas at a news conference said the allegations could be grounds for impeaching Duterte, adding that his alleged role in the killings may not be covered by his presidential immunity.

Sen. Antonio Trillanes IV, who helped the lawyers from the private Free Legal Assistance Group present Lascanas in a news conference at the Senate, said he would ask his colleagues to immediately investigate the explosive allegations.

Duterte’s communications secretary, Martin Andanar, dismissed the claims as a “demolition job” by unspecified people affected by Duterte’s reforms and aimed at forcing Duterte from power. He did not respond to Lascanas’s detailed claims.

“The press conference of self-confessed hitman SPO3 Arthur Lascanas is part of a protracted political drama aimed to destroy the president and to topple his administration,” Andanar said, without elaborating or offering any evidence.

Duterte has denied his administration backs unlawful killings of suspects in his crackdown on illegal drugs that is feared to have killed more than 7,000 mostly poor drug users and petty drug pushers since he took office last June.

The killings under the crackdown, an expansion of his anti-drug campaign when he was the longtime mayor of southern Davao city, have alarmed the United States, other Western governments and U.N. human rights officials.

In many public speeches, Duterte has ordered policemen to defend themselves if drug suspects fight back and has openly threatened drug lords and dealers with death.

Lascanas’s comments came after he denied to a Senate hearing last year that he had been involved in any extrajudicial killings in Davao, Duterte’s hometown. He testified at the inquiry last October after he was implicated by another witness, Edgar Matobato, a former militiaman who said Duterte ordered him and others to kill criminals in gangland-style assaults that left hundreds of people dead.

Breaking into tears at one point, Lascanas said Monday he was speaking up now because he was bothered by his conscience, including his role in the deaths of his two brothers, whom he ordered killed because they were drug users.

“I had my own two brothers killed. Even if I end up dead, I’m content because I’ve fulfilled my promise to the Lord to make a public confession,” he said.

Lascanas described several killings and attacks that he said Duterte had ordered, permitted or financed as mayor of Davao, including the 1993 bombing of mosques as retaliation after Muslim rebels were blamed for bombing a Roman Catholic cathedral.

One of their first victims, a suspected drug lord, was gunned down and left with a message that warned others: “Don’t emulate.” Lascanas said he and other killers identified their group in the message as “Davao Death Squad,” which spread and sparked fear in the sprawling city.

Lascanas said he and his group shot dead a kidnapping suspect along with the man’s pregnant wife, young son, father-in-law and two others in another attack with Duterte’s approval.

After his group informed Duterte about the capture of the suspected mastermind of a kidnapping in Davao, Lascanas quoted the mayor as saying, “All right, make it clean.”

Another target was radio commentator Jun Pala, who had angered Duterte with critical commentaries. He was killed in 2003 by gunmen, who Lascanas said included him. They twice failed to kill him but succeeded in the third attempt, Lascanas said, adding that he personally received a financial reward from the then mayor.

“I’m one of those who killed Jun Pala,” Lascanas said.

Another criminal suspect, an ex-soldier, was captured and presented to the mayor, who ordered his men to “kill him,” Lascanas said.

Killing the suspect was problematic, he said, because policemen from another town knew he was alive when he was arrested. Lascanas said he and his companions convinced a police official to sign a logbook stating that the suspect was arrested but later escaped.

Lascanas said he and his companions later killed the suspect and dumped his body in a nearby province.