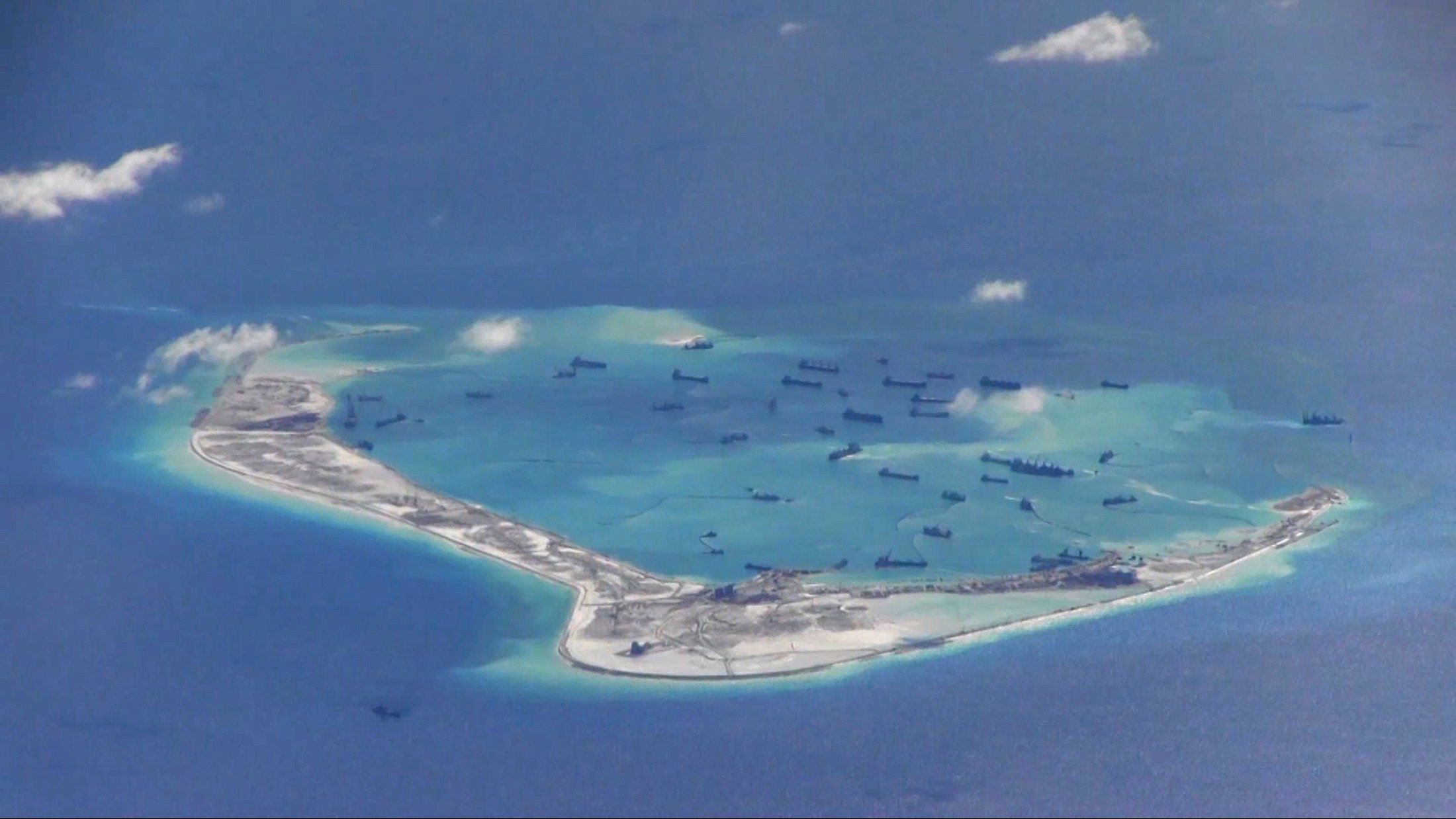 PUERTO PRINCESA, Philippines -- China is pressing ahead with the construction of artificial islands on at least two reefs that are also claimed by the Philippines in the increasingly tense territorial dispute, Filipino officials said Friday, despite Beijing's pronouncement that some work would end soon.

Mayor Eugenio Bito-onon of Kalayaan island, which is under Philippine control in the Spratly islands, where attention has recently focused on China's massive islands reclamation work, said that he flew last week near the Chinese-controlled Subi Reef and saw construction was in full swing with many dredgers and a huge crane visible on the emerging man-made island.

"It's full-blast construction. It's massive and incredible," he told The Associated Press, adding that it was evident it would take months before the Chinese complete the work.

CBS News correspondent Seth Doane was on the Philippines' Pag-Asa Island earlier this month, where he reported that the Chinese have filled in enough of the South China Sea to create 2,000 acres of artificial islands in just the last 18 months.

In the mid-portion of the emerging island, a 1.9-mile-long landfill is taking the shape of a runway, Bito-onon said.

His comments followed similar findings by the U.S. military and independent defense analysts.

Two senior Philippine military officials, speaking on condition of anonymity because they weren't authorized to talk to the media, said that aside from Subi Reef, China's island-building has also continued on Mischief Reef, also in the Spratlys, based on recent military surveillance.

Chinese Embassy officials in Manila did not comment immediately.

The Chinese Foreign Ministry said on June 16 that the land reclamation projects on some islands and reefs "will be completed in upcoming days." However, in a sign that the developments were far from over, the ministry also said on its website that China would follow up by building infrastructure for operations ranging from maritime search and rescue to environmental conservation and scientific research.

The U.S. and the Philippines, its defense treaty ally, have expressed concern that China's island-building on at least half a dozen features in the South China Sea could be used for positioning military planes and navy ships to intimidate other claimants, reinforce China's claim over virtually the entire sea and threaten freedom of navigation in one of the world's busiest shipping lanes.

China's Foreign Ministry spokesman Lu Kang said in the statement that the projects "do not affect the freedom of navigation and overflight enjoyed by all countries in accordance with international law in the South China Sea."

A U.S. Navy plane flying near one of the artificial islands last month was told to leave the area by the Chinese military. In a separate incident, a Philippine air force plane was similarly ordered by the Chinese navy several weeks ago to leave the area. The incidents raised fears that China was preparing to enforce an air defense identification zone over the South China Sea, similar to one it declared over disputed Japanese-held islands in the East China Sea in 2013.

The U.S. argues that China can't use artificially constructed islands to expand its sovereignty. U.S. officials have said they were considering stepping up patrols to ensure free navigation in the contested region.