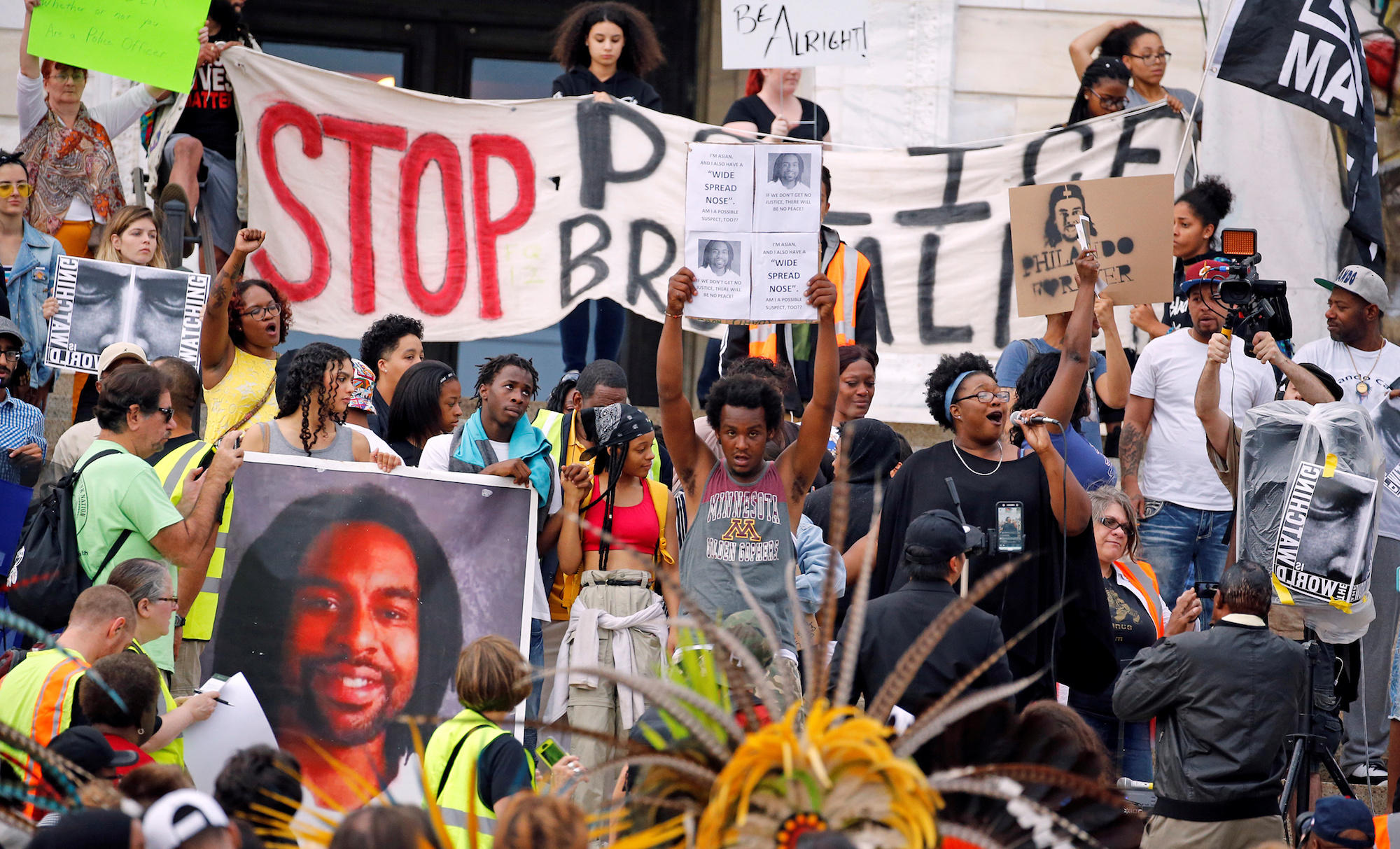 ST. PAUL, Minn. -- Authorities arrested 18 people during a protest of the acquittal of a suburban Minneapolis police officer who shot and killed a black driver.

Minnesota State Police spokeswoman Lt. Tiffani Nielson said in a news release Saturday that officers began arresting protesters at 12:30 a.m. after issuing three warnings for them to get off of Interstate 94 in St. Paul. She says those arrested were booked at Ramsey County Jail on charges including being a pedestrian on the busy freeway.

Protesters rallied outside the state Capitol on Friday night after a jury acquitted St. Anthony police officer Jeronimo Yanez of manslaughter and other charges in the fatal shooting last summer of Philando Castile, a school cafeteria worker, during a traffic stop. Yanez opened fire, shooting Castile five times, just seconds after Castile informed him that he was carrying a gun.

"Philando Castile was our lunchman," one child told CBS Minnesota. Another admitted, "I never got to meet him."

The protesters chanted, "No justice, no peace. Prosecute the police." One protester used a loudspeaker to say, "They just told me my homeboy just died for nothing."

Demonstrators eventually left the Capitol and began marching through the streets, with hundreds splintering off and blocking the freeway for about two hours.

Wes Coonley of Minneapolis told CBS Minnesota that he hoped the verdict would be different, and that he was forced to have a difficult conversation with his daughter.

"I had to explain to her, today in the car ride home, what this was all about, and how do you do that to a 5-year-old? I don't know how to do that," he said.

Another demonstrator said, "This was a case where we thought we would really get some justice, and it turns out we can't."

The world learned of Castile's death through a Facebook livestream launched by his girlfriend, Diamond Reynolds, seconds after he was shot by Yanez. But no video existed of what happened inside the car before he was shot.

That left a jury to decide whether they believed Yanez on the witness stand, and they opted Friday to acquit the officer.

Yanez testified that Castile was reaching for his gun despite his commands not to pull it out. And Yanez said he feared for his life. Friday's acquittal prompted swearing from Castile's family members. Valerie Castile said her son was murdered.