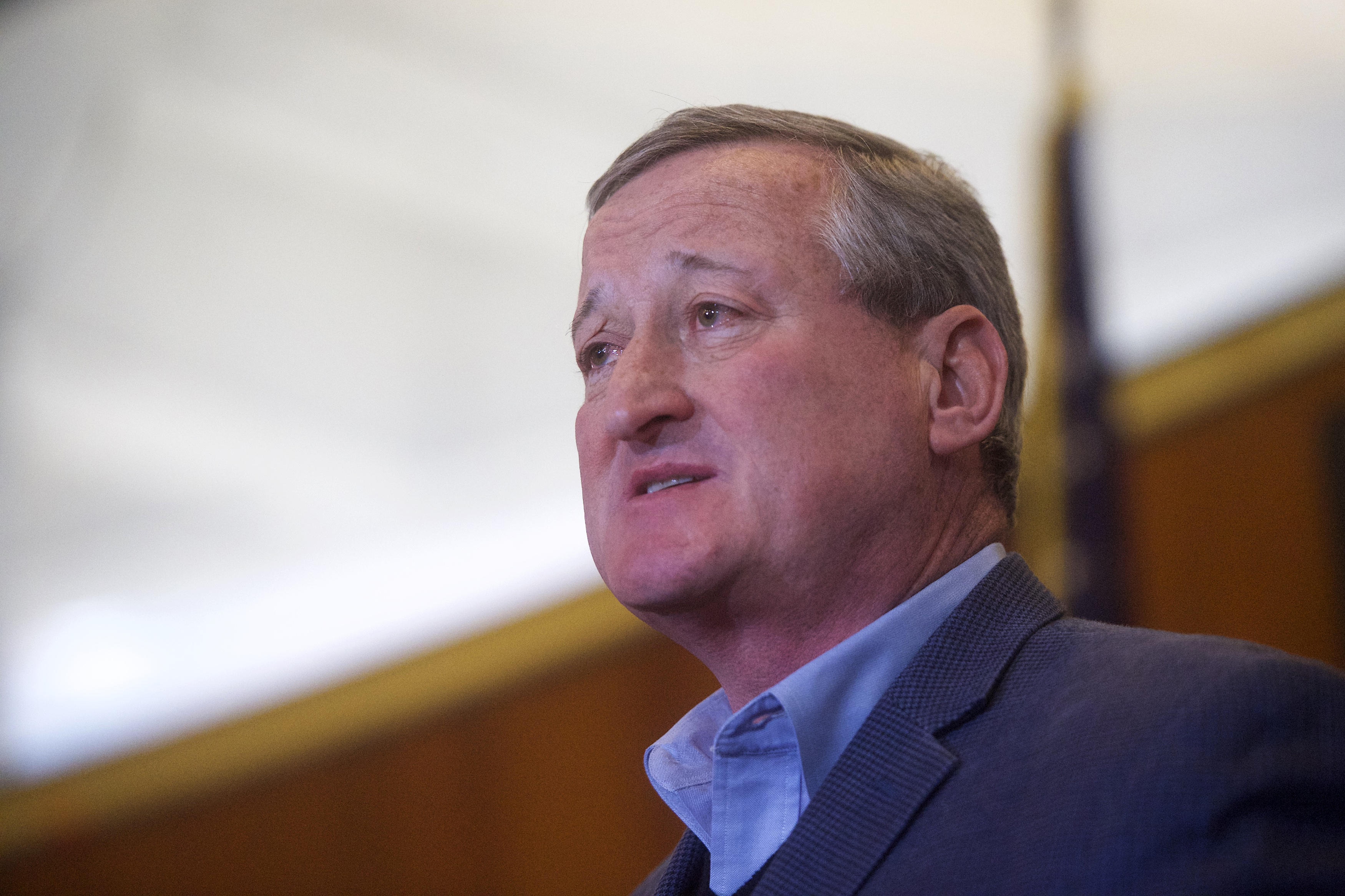 PHILADELPHIA -- The Philadelphia Police Department on Thursday announced an internal review after a photograph surfaced online of an officer with a tattoo that the mayor called “incredibly offensive,” especially to veterans and victims of the Nazis.

A tattoo on the uniformed officer’s forearm shows a spread-winged eagle under the word “Fatherland.”

Police don’t have a tattoo policy but said in a statement they don’t condone “anything that can be interpreted as offensive, hateful or discriminatory in any form.” They said they will review the matter quickly to see if a policy is needed.

“We must ensure that all constitutional rights are adhered to while at the same time ensuring public safety and public trust aren’t negatively impacted,” the statement read.

Mayor Jim Kenney, however, condemned the image he saw of the tattoo.

“I find it incredibly offensive, and I know many others do as well,” he said in a statement. “This image is particularly offensive to our WWII veterans who fought valiantly to free Europe from Nazi Germany, as well as all victims of Nazi atrocities. In this environment - in which open, honest dialogue between citizens and police is paramount - we need to be building trust, not offering messages or displaying images that destroy trust.”

The officer’s last name is visible on his uniform, but police wouldn’t confirm his full name. A call to a man believed to be the officer was not answered.

The Anti-Defamation League said the images have been associated with some neo-Nazi and white supremacist groups but cautioned they do not necessarily mean the officer shares such ideologies. It said it couldn’t reach any conclusion about the officer after its own initial review of the tattoos and other information available online about the officer.

The photograph first surfaced on social media Thursday in a Facebook post by Evan Matthews. The Philadelphia resident said he took the picture on July 26 while participating in a protest by the Philly Coalition for REAL Justice held during the Democratic National Convention.

Matthews said his initial reaction was “visceral” and that he questioned the officer about the tattoos, but that the officer did not respond.

The coalition frequently protests against the police department, accusing it of discriminatory practices. Organizer Erica Mines said Friday the organization is calling for the officer to be fired, for an inquiry into his cases, and an investigation into whether the department fosters an environment condoning white supremacy.

The president of the local Fraternal Order of Police lodge, John McNesby, told The Philadelphia Inquirer that the tattoo was “not a big deal.”

Nancy Baron-Baer, regional director of the Anti-Defamation League, said that “it’s not definitive, as an eagle ... alone means he is or is not something.”

“One would hope that an individual in that position would understand the significance of what these symbols can mean, even if that’s not what they meant to him,” she said. “Those symbols, to many individuals within our community ... can have a very scary connotation and we don’t want our community members being afraid of police based on something they have inscribed on them.”

Baron-Baer said more education is needed among police and the community about the meaning of such symbols.