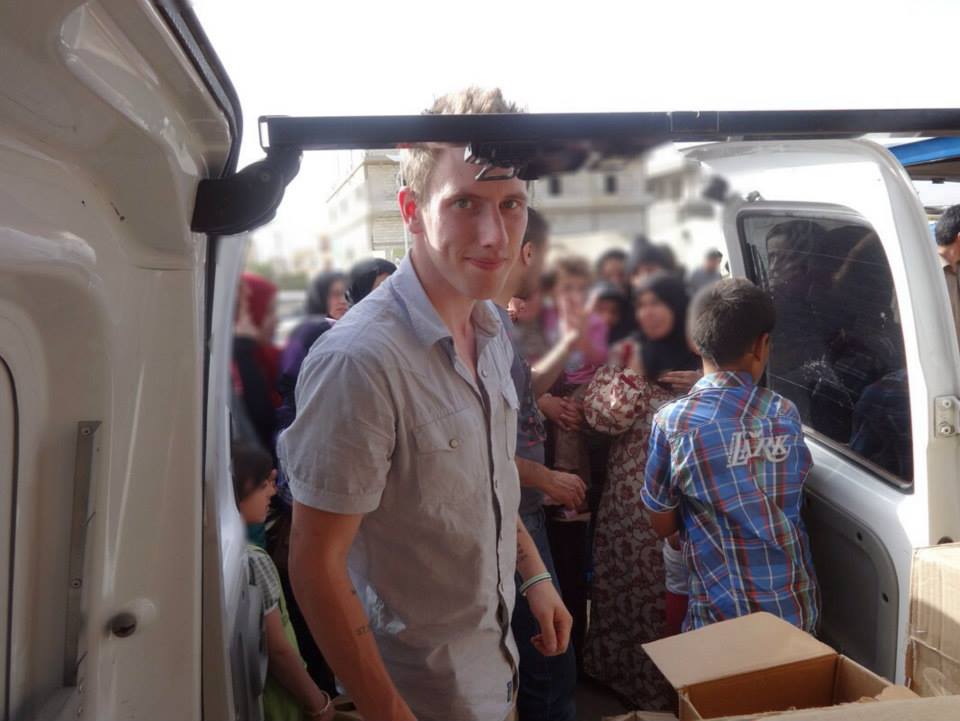 INDIANAPOLIS -- The parents of an American aid worker captured last year while delivering relief supplies to refugees in Syria said Sunday they are "heartbroken" by his death at the hands of the Islamic State of Iraq and Syria (ISIS) militants but "incredibly proud" of his compassion and humanitarian work.

Ed and Paula Kassig of Indianapolis said in a statement that their 26-year-old son, Peter Kassig, "lost his life as a result of his love for the Syrian people and his desire to ease their suffering."

"We will work every day to keep his legacy alive as best we can," they said.

Kassig was captured last year in eastern Syria while delivering relief supplies to refugees of Syria's civil war. The Indianapolis man, a former U.S. Army Ranger who founded a relief organization, converted to Islam while in captivity and took the first name Abdul-Rahman.

The White House confirmed Kassig's death Sunday after ISIS released a video showing that Kassig had been beheaded. The video also showed the beheadings of about a dozen men identified as Syrian military officers and pilots.

President Obama called Kassig's killing "an act of pure evil" and said ISIS "revels in the slaughter of innocents, including Muslims, and is bent only on sowing death and destruction."

The Kassigs learned of their son's capture last year, but did not disclose his captivity while family and friends quietly worked to secure his release. In October, their son appeared in another video released by ISIS that showed the beheading of a fellow aid worker, Britain's Alan Henning. The militants vowed that Kassig would be next, leading his parents to plead publicly for mercy while stressing his humanitarian work and conversion to Islam.

Kassig first went to the Middle East with the U.S. Army, which he joined in 2006, according to his military records. He ultimately served in the 75th Ranger Regiment, a special operations unit, and served in Iraq from April until July 2007 before being medically discharged as a private first class that September.

His desire to perform aid work in the region was kindled during a March 2012 spring break trip to Beirut while he was studying political science at Butler University. Kassig, a certified emergency medical technician, left school and returned two months later to Lebanon, where he worked as a medical assistant and humanitarian worker and treated people from all sides of the conflict in neighboring Syria.

Before his murder, Kassig even received the support of an al Qaeda-linked militant who said the American helped treat his injuries last year in the same part of Eastern Syria where Kassig was providing emergency aid before he was taken hostage.

In September 2012, he founded Special Emergency Response and Assistance, or SERA, which suspended its relief work after his capture.

Kassig, who grew up in an Indianapolis family with a long history of humanitarian work and teaching, said during a January 2013 interview with Time magazine that he traveled heavily throughout Lebanon to assess the needs of people there. SERA, he said, focused on supplementing the work of larger organizations by delivering aid that could "do the most good for the most people over the longest period of time possible."

"It's about showing people that we care, that someone is looking out for those who might be overlooked or who have slipped through the cracks in the system for whatever reason," he said.

Kassig's friends and family say he understood the risks of working in the region, but he felt called to help.

Burhan Agha, a 26-year-old Syrian, worked with Kassig in the northern Lebanese city of Tripoli, delivering aid to Syrian refugees before Kassig moved his operations to southern Turkey. Speaking by phone from Switzerland, where he is seeking asylum, Agha described his friend's purported killing as senseless.

"If I could apologize to each American, one by one, I would," Agha said while weeping. "Because Peter died in Syria, while he was helping the Syrian people. And those who killed him claimed to have done it in the name of Islam. I am a Muslim, and from Syria, and he is considered a part of the Syrian revolution."

After ISIS threatened to kill Kassig last month, his family pleaded for his life to be spared at rallies and in interviews in Indiana and Lebanon, and his mother took to Twitter in the hopes of contacting his captors directly. Kassig's parents repeatedly said that they were unable to meet the demands made of them by their son's captors, but they did not specify what those demands were.

CBS News correspondent Margaret Brennan says ISIS is still believed to be holding at least one female American aid worker hostage, but right now her identity cannot be revealed. The group also holds British photojournalist John Cantlie, who has been shown in several videos delivering long statements in English on the group's behalf, perhaps under duress.

Kassig's purported death drew widespread condemnation on Sunday, including from the Council on American-Islamic Relations, a Washington, D.C.-based Muslim advocacy group that described his killing as a "barbaric murder."

CAIR said it has denounced all previous killings of civilians by Islamic State militants and repudiates "the anti-Islamic ideology that produces such brutality."

Indiana Gov. Mike Pence on Sunday ordered flags lowered at state buildings across Indiana and for a period of mourning beginning at sunrise Monday to mark what he called Kassig's "tragic murder."