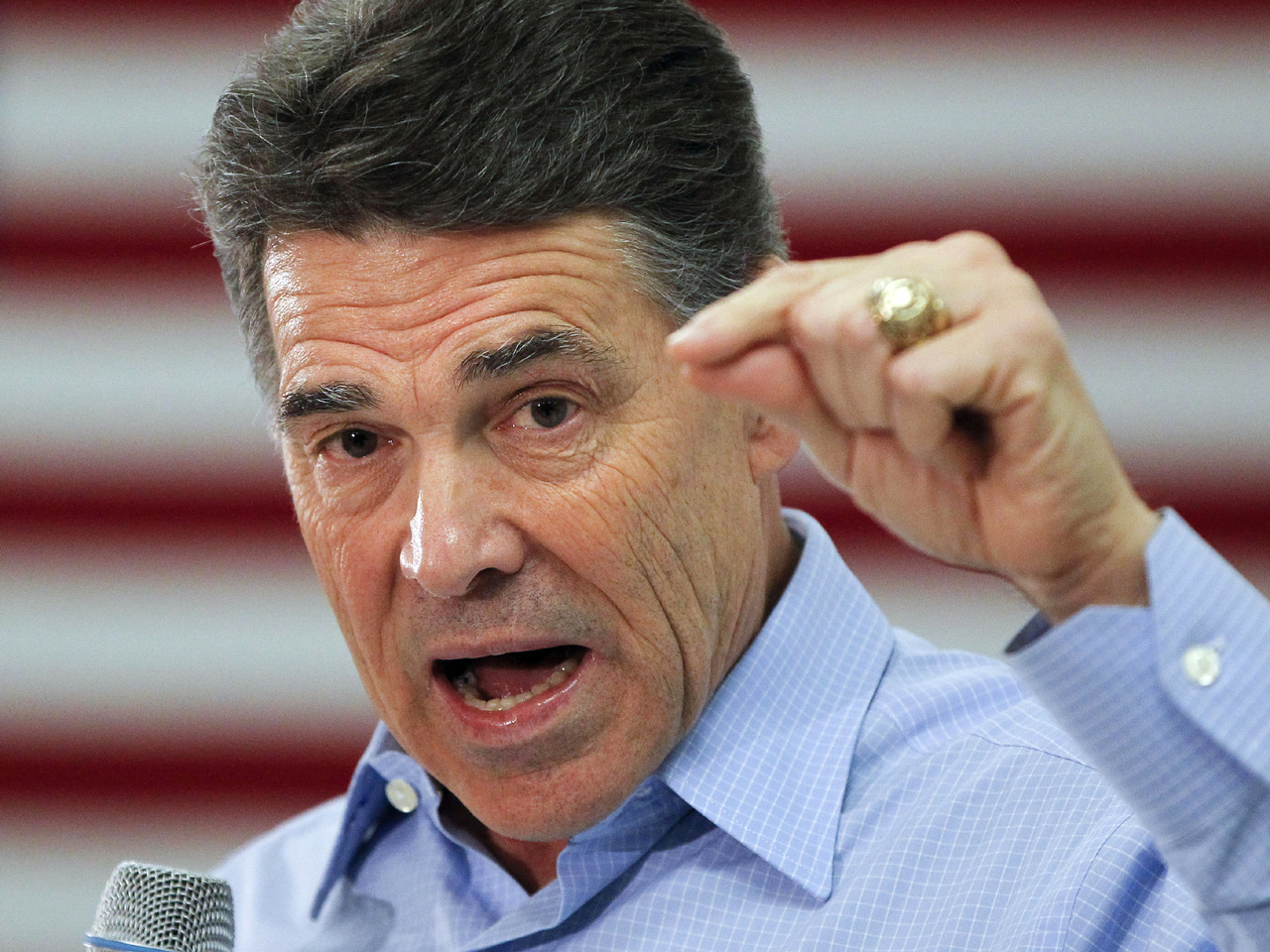 DECORAH, Iowa - What had been for Rick Perry a calm day filled with church services and friendly audiences, ended on a sour note as the governor found himself in two confrontations during his last town hall Sunday over controversial natural gas extraction techniques and gays serving openly in the military.

In the first exchange, Perry found himself debating a college student over whether hydraulic fracturing, or "fracking" -- a method for natural gas extraction -- pollutes surrounding groundwater.

After the event, Perry had to explain to a 14-year-old girl why he opposed gays serving openly in the military.

The first conflict began innocently enough. The Texas governor had just fielded a question about construction of the Keystone XL pipeline project that gave him an opening to advocate support for the pipeline and further exploration of domestic energy resources. The next question came from 22-year-old Carrie Kauffamn, a student from nearby Luther College, who asserted that it had been proven the solution used in fracking pollutes groundwater.

When the audience began to voice support for the young woman, calling out, "it's false," Perry challenged them to bring him the study in question. A follow up conversation with Kaufmann revealed she was talking about a recent Environmental Protection Agency study out of Wyoming that showed chemical contamination of the area's groundwater was the likely result of fracking.

"I am truly offended that the American public would be hoodwinked by stories that do not scientifically hold up," he said, his voice rising. "If that was true it would be on the front page of every newspaper, it would be on ABC, NBC, CBS, Fox News, everybody would be running that story. We have been using hydraulic fracturing in my home state for years, and this is a fear tactic that the left is using and the environmental community is using that absolutely - excuse the pun, that does not hold water."

The audience continued to protest, and he ended the exchange by challenging them to bring him evidence once again, and saying he would concede their point if they could do so.

In a follow up interview with several reporters, Kauffmann stuck to her guns. "He's wrong," she said. "If I had a smart phone, I would have looked it up right there."

The event only continued a turn for the negative. As Perry shook hands, a girl approached him and asked why he opposed gays serving openly in the military. Her question ended with a charged clause: "and why you want to deny them their freedom when they're fighting for your rights."

What Perry didn't know during the exchange was that the teen herself is openly bisexual.

"This is about my faith, and I happen to think that there are a whole host of sins, homosexuality being one of them," Perry said, adding that he himself was "a sinner" so he wouldn't "be the first one to throw a stone."

Reflecting on another question he had received this week about how he would feel if his own child were gay, Perry said, "I'd feel the same way. I hate the sin but I love the sinner."

"I'm openly bisexual and I didn't want to be told that if I wanted to serve in the military that I couldn't, and I just think [the Don't Ask, Don't Tell] policy is completely ridiculous," the girl told reporters after the exchange. "Nobody should be able to tell somebody who they can or cannot love. I just don't agree with it."

Her father said he and his daughter came to the event after seeing an ad Perry is airing in Iowa that questions why gays can serve openly in the military while "our kids can't openly celebrate Christmas or pray in school."

The rest of Perry's event, to a crowd of about 125, was standard stump speech fare that focused heavily on his record of job creation in Texas and the need to bring an outsider to Washington.

He also continued to take jabs at his rivals, former Massachusetts Gov. Mitt Romney and former House Speaker Newt Gingrich, Romney for raising corporate taxes in Massachusetts and Gingrich for using the Social Security fund to help balance the budget.