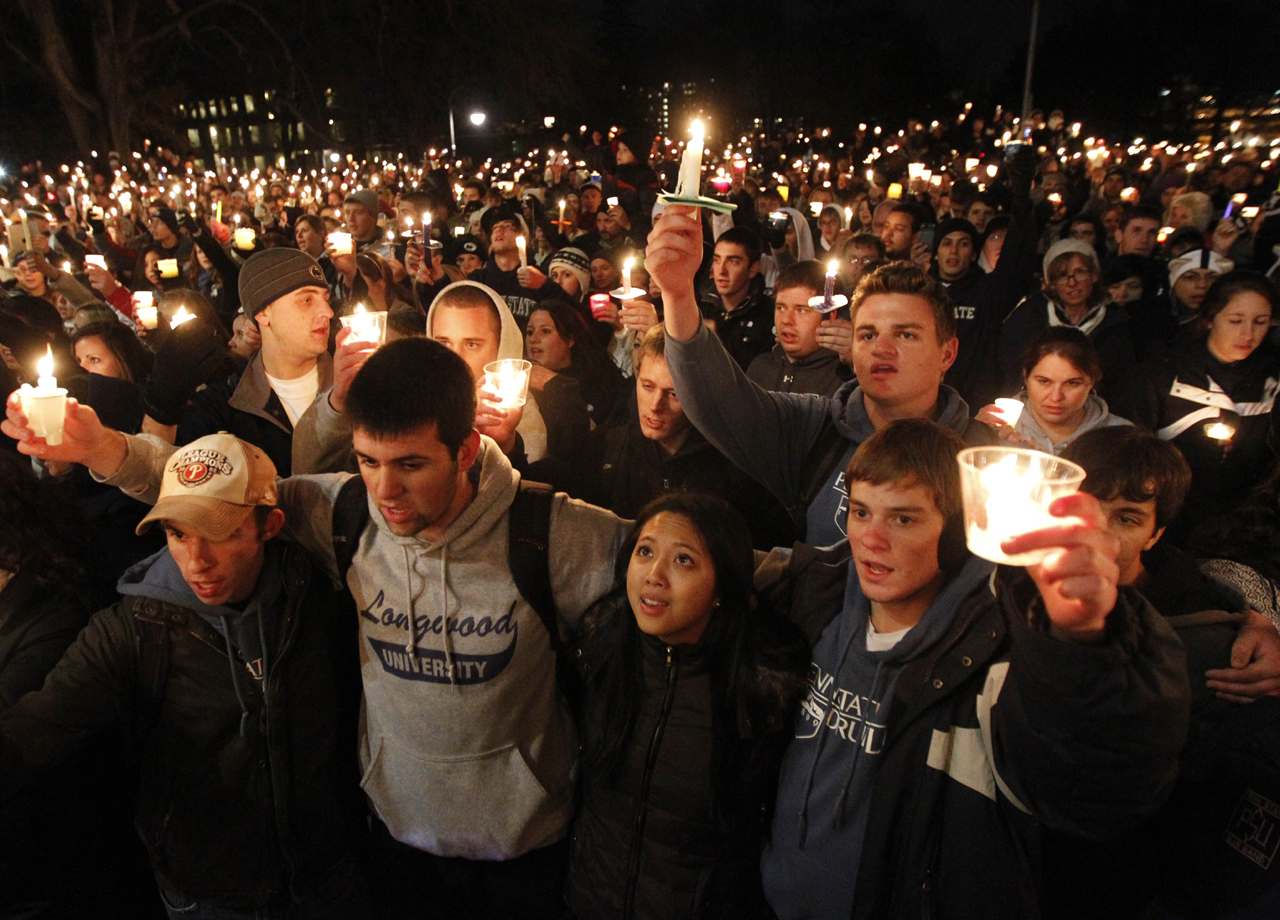 STATE COLLEGE, Pa. - Thousands came together on the campus of Penn State Friday evening for a candlelight vigil and a moment of silence in support of the alleged victims in the child sex abuse scandal roiling the university.

The scandal, centered around former defensive coach Jerry Sandusky, has so far resulted in a widespread housecleaning that has already cost four people their jobs.

"Never again should anyone at Penn State, regardless of their position, feel scared to do the right thing," said Interim president Rodney Erickson. "It will take all of us some time to come to grips with the full magnitude of all the damage that has been done."

Sara Ganim, a reporter with the State College Patriot News, told "The Early Show on Saturday Morning" that the mood on campus last night was different from a normal pre-football Friday night: "It was quiet. It was solemn," she said. "The mood on campus was much different than in the past couple of days where there has been rowdiness and students taking a lot of criticism for their behavior. Last night, it was very well-behaved and solemn, quiet clapping after several speakers.

"In the back, behind those several thousand students with all of those candles, there were police on horses, so the presence and the idea of what has been going on here this week was still very much known."

The vigil was organized by students in the wake of a shocking grand jury report that accuses a retired assistant football coach of repeatedly sexually assaulting boys, sometimes at university facilities. It suggested that school officials didn't aggressively investigate or report the activity.

Penn State victims would have to testify: Expert
Sandusky "Victim 1" called hero for speaking out

As a result, university trustees forced out the school's president, Graham Spanier. They also fired storied football coach Joe Paterno, which touched off a violent student demonstration on campus Wednesday night, requiring police clad in riot gear to disperse the students, at times with pepper spray.

The vigil in front of Penn State's "Old Main" administration building drew students, alumni and teachers. They observed a moment of silence after the bell tolled at 10 p.m. and listened to several speakers, including former college All-American linebacker LaVar Arrington, an a cappella group singing "Imagine" and the school marching band.

It was largely solemn until it ended with an ear-shattering series of "We are ... Penn State!" — helping a group of people who felt like they had lost a hero — Paterno — to have something to rally around.

"Having that taken away from us made us feel lost," said junior Leah Blasko of Pittsburgh. "Tonight really gave us a place to put ourselves back together."

One speaker, 2007 graduate Dustin Yenser, encouraged victims to know that they had the support of the campus despite having been failed by people who he believed had an obligation to protect them. And Arrington urged attendees to use the scandal as a challenge.

"Let it be known that we waged war to make a difference," Arrington said. "Leave here tonight with a resolve and an understanding that you possess the power to change things."

The seeds of the student-organized vigil began even before the Wednesday night violence. Penn State senior and organizer Jessica Sever said she read the grand jury report Monday night and woke up disgusted, feeling as though something needed to be done and wanting to put the focus back on the victims, not Spanier or Paterno.

"What I really want to focus on is the victims right now," Sever said. "We really need some positivity, because there is none right here."

Absent from Saturday's game will be assistant coach Mike McQueary. Yesterday, McQqueary - the former graduate assistant who had discovered and reported an incident involving Sandusky in 2002 - was placed on indefinite administrative leave.

The school has said assistant football coach Mike McQueary, who said he saw a former assistant coach sodomizing a young boy in the team's showers, had received multiple threats. The school said it would be "in the best interest of all" if McQueary did not attend the season's final home game on Saturday. The college's athletic department did not say who had threatened him.

McQueary's testimony eventually led to child sex-abuse charges being filed against another former coach, Jerry Sandusky, who is accused of having repeated, illicit contact with boys as young as 10 over a span of 15 years, sometimes in Penn State's facilities.

The grand jury report said that administrators and the university's head coach, the legendary Joe Paterno, did not contact law enforcement authorities after McQueary told them what he saw in 2002.

McQueary told players by phone Friday that he was in a secluded location outside State College, The Harrisburg Patriot-News reported.

Last night, head coach Joe Paterno's son Jay issued a statement on behalf of his father. It said, in part, "he is absolutely distraught over what happened to the children and their families, and he also wants very much to speak publicly and answer questions."

Coach Paterno has hired a top criminal defense attorney out of Washington, D.C., a man who once represented former President George H.W. Bush in the Iran-Contra scandal.

Extra security will be on hand at the game and students have been warned that any uncivil action will not be tolerated. 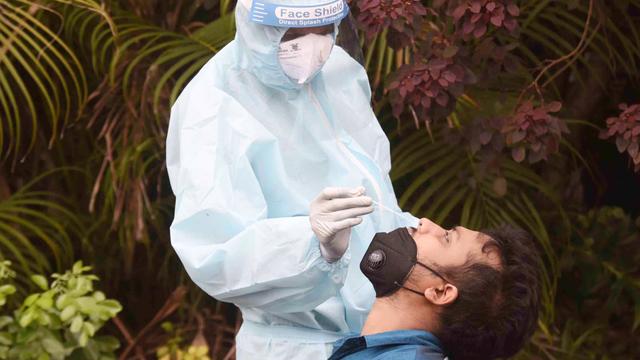