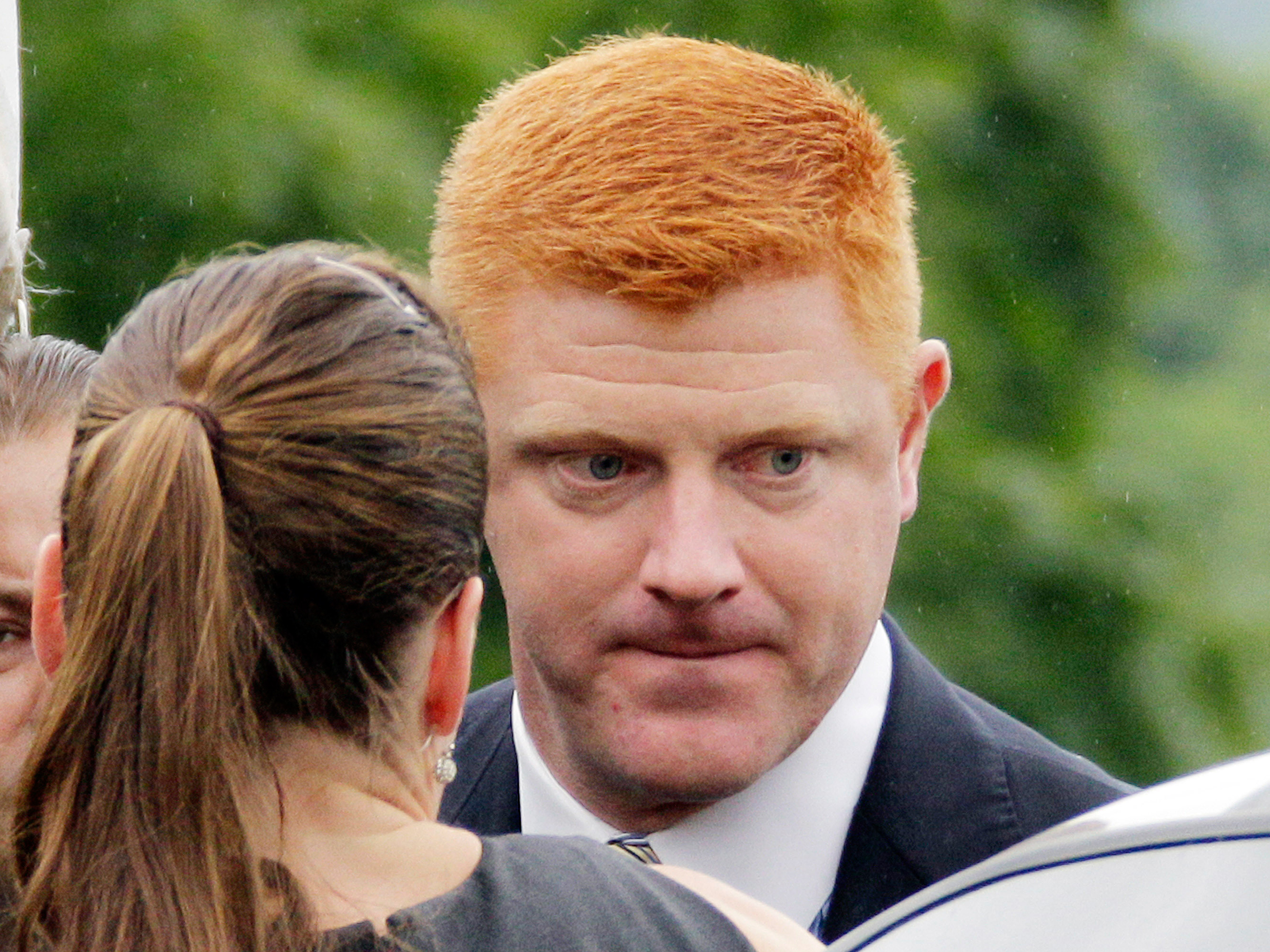 HARRISBURG, Pa. Penn State's lawyers asked a judge Tuesday to throw out a whistleblower and defamation lawsuit filed by a former assistant football coach who testified he saw Jerry Sandusky attack a boy in a school shower more than a decade ago.

Mike McQueary's lawsuit is too vague and does not meet legal standards to support claims of defamation and misrepresentation, the university wrote in a court filing.

McQueary has sued the university for millions of dollars, claiming in an October complaint that then-president Graham Spanier made him a scapegoat in 2011 after Sandusky, a retired assistant football coach, was arrested on child molestation charges.

"It is not enough that the alleged victim of a statement be embarrassed or annoyed, he must have suffered the kind of harm which has grievously fractured his standing in the community of a respectable society," wrote Penn State attorney Nancy Conrad.

Sandusky, who spent decades at Penn State under longtime coach Joe Paterno, was convicted of 45 counts of child sexual abuse and is serving a lengthy state prison sentence. He maintains his innocence.

Last week, he appeared in a central Pennsylvania courthouse for a hearing on his claim that he did not get a fair trial, in part because his lawyers lacked time to prepare. A judge has not yet ruled in that matter.

Conrad's new filing said that a Nov. 5, 2011, news release by Spanier, in which he expressed "unconditional support" for outgoing athletic director on leave Tim Curley and retired vice president Gary Schultz, did not relate to McQueary and did not defame him by innuendo.

McQueary alleges he lost his job because he cooperated with prosecutors, and that Spanier's statements suggested McQueary had lied about the 2001 shower attack. He is seeking reinstatement, a bowl bonus, back pay and benefits, among other things. His salary had been $140,000.

McQueary's "claimed innuendo can only be obtained by means of a tortured and unreasonable construction," Conrad wrote.

Curley and Schultz were arrested along with Sandusky, charged with perjury and failing to properly report suspected abuse. The state attorney general's office recently added more counts against them, and charged Spanier for an alleged cover-up of complaints about Sandusky. All three men deny the allegations and await a court hearing.

McQueary told jurors in the Sandusky case that he arrived in a team locker room late one Friday night and saw Sandusky with a naked boy in the shower, leading him to conclude Sandusky was raping the child. He said he heard a "skin-on-skin smacking sound" and described the encounter as extremely shocking.