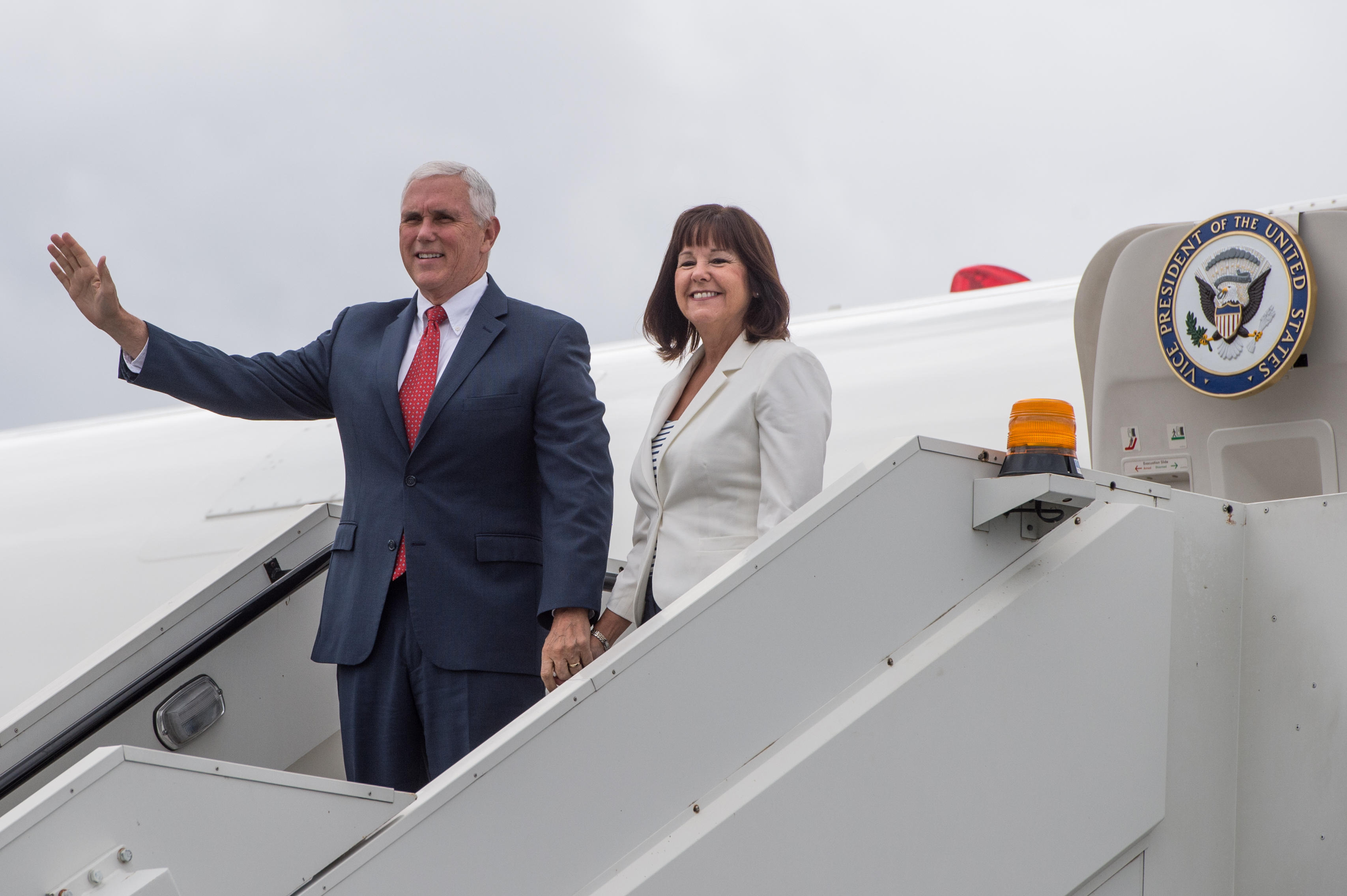 U.S. Vice President Mike Pence arrived Sunday in Estonia for meetings with the presidents of three Baltic nations in northeastern Europe, the first stop of a four-day European tour.

The vice president and his wife, Karen Pence, arrived in the Estonian capital, Tallinn, to kick off the European tour that also includes stops in Georgia and Montenegro.

Pence is scheduled to meet with the leaders of the Baltics - Estonia, Latvia and Lithuania - on Monday. He is expected to pledge Washington's commitment to NATO's mutual defense, an important issue for the former Soviet republics that border Russia.

In a press pool interview, Pence said he was sent to Europe by President Donald Trump "with a very simple message."

"That is that 'America First' doesn't mean 'America Alone,'" Pence told Fox News. "Our message to the Baltic states — my message when we visit Georgia and Montenegro— will be the same: to our allies here in Eastern Europe, we are with you."

Issues included Estonia's current holding of the European Union presidency, trade, cybersecurity and the continuing tensions in the Baltic Sea region, where Russia and NATO have increased their military presence in recent years.

"NATO's collective position of deterrence and defense has strengthened in the Baltic region and the U.S.A. is indispensable to ensuring the security of our immediate neighborhood, as well as all of Europe," Ratas said in a statement.

Ratas told Estonian broadcaster ERR he also brought up the possible deployment of Patriot surface-to-air missiles in his country. Lithuania also has said it would be eager to have the missiles in its territory.

The U.S. military displayed Patriot missiles in Lithuania earlier this month after having used them in an exercise there. Poor anti-aircraft defense is seen by experts as the weakest link for NATO in the Baltics.