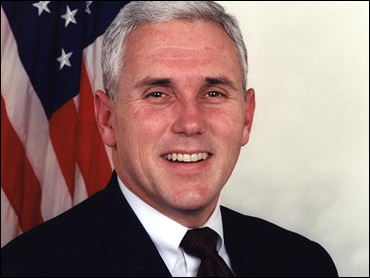 Pence on Thursday will unveil a Republican "Pledge to America" - a legislative agenda based on input from Americans at hundreds of town hall meetings that Pence said the Democrat-controlled Congress should enact right away.

The agenda "will focus on getting this economy moving again, getting spending under control, and, yes, it includes rolling back the, both the failed economic policies and broadly rejected government takeover of health care enacted last March," Pence told CBS "Early Show" anchor Harry Smith Thursday.

A key plank of the agenda is a 20 percent cut in income taxes for small businesses, similar to the one that Republicans have blocked in congress this month.

The difference, Pence said is that "Congress ought to be acting to make sure there is no tax increase on any American at any income level" and the Obama administration "continues to insist on a policy that would allow taxes to go up on Americans that file tax returns over $200,000 a year."

"This nation has a long way to go to restore fiscal solvency to this country," Pence said. "What we hope is that as Americans look at the Pledge to America, they understand that this is our effort at a good start."