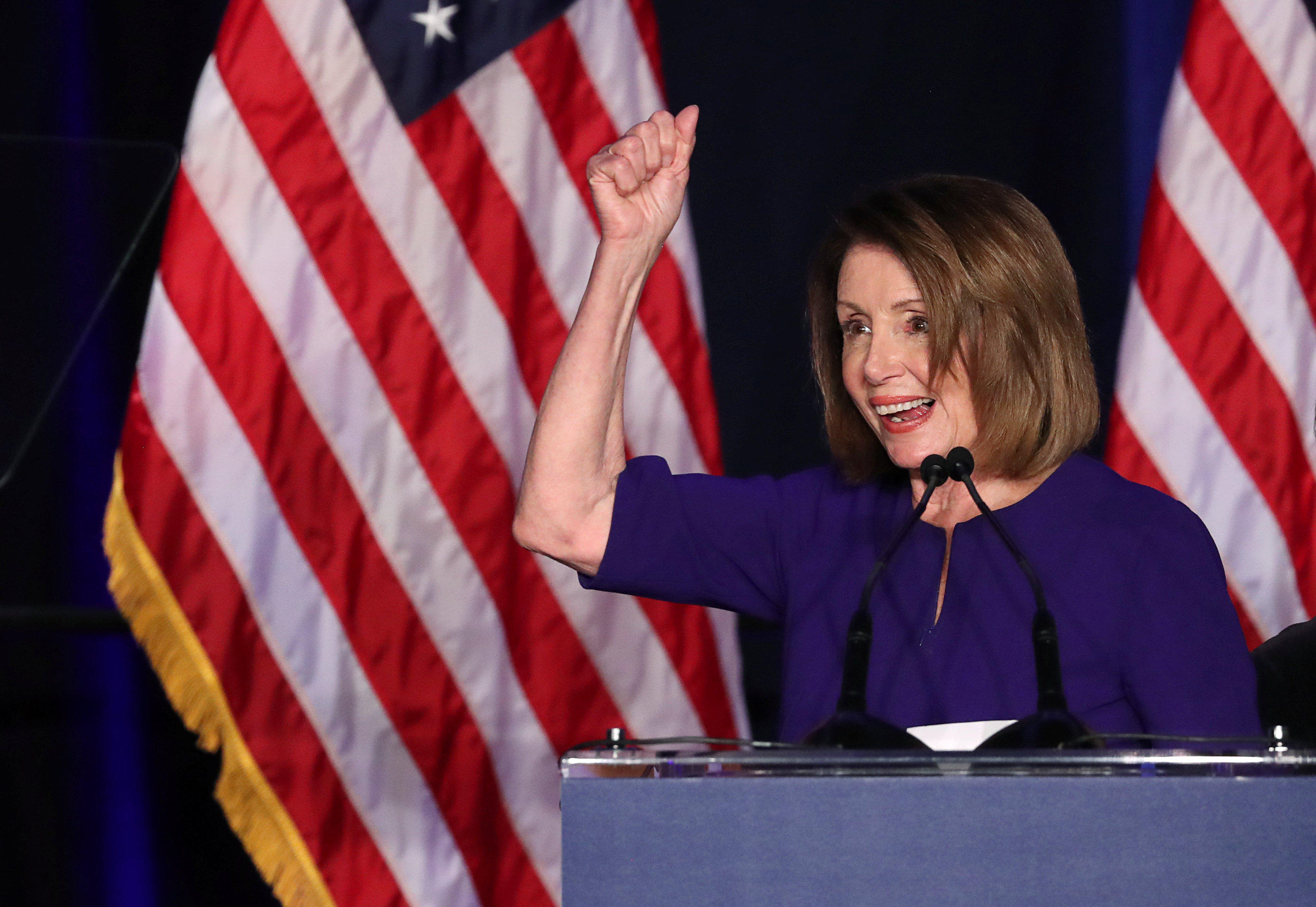 Nancy Pelosi will face her first test in her bid to become House Speaker once again when Democrats hold an internal vote to pick their candidate for the job this week.

The Democratic leader came out of the Thanksgiving holiday with the wind at her back: In a matter of days, she was able to secure the support of two vocal detractors: Reps. Marcia Fudge, D-Ohio, the only Democrat who had publicly considered a challenge to Pelosi, and Rep. Brian Higgins, D-New York, who was among the 16 Democrats who released a letter last week vowing not to support Pelosi for speaker during the vote of the full House on January 3.

And on Monday, another member who had signed the letter, Massachusetts Rep. Stephen Lynch, told a local TV station that he would vote for Pelosi on the House floor if the only other option was a Republican. But he also warned that Democrats would risk losing their majority, and possibly be responsible for helping President Trump get re-elected, if they did not pick new leadership.

At the same time, however, another newly-elected member added his name to the anti-Pelosi letter. Newly-elected Californian Gil Cisneros credited Pelosi with some of the Democratic Party's greatest accomplishments and called her a "fearless advocate" in a statement Monday, but said he would not vote for her for speaker.

"The people of the 39th District made it clear, however, that they want to see real change in Washington, and I intend to follow through on my commitment to support new leadership. Our Democratic caucus is comprised of many dedicated individuals who are more than capable of leading our Party and the House of Representatives into the future," he said.

Pelosi's support is strong enough that she is expected to win the votes in a closed-door meeting on Wednesday to be the official choice of the Democratic caucus for speaker. The bar will be higher when she must get 218 votes on the House floor in January. Democrats will control 234 seats in the House, meaning she can lose just 16 members.

A Democratic aide in the House who is close to the group of members who authored the anti-Pelosi letter said some of the signers want to meet with Pelosi and could be persuaded to back her if she took more concrete steps to make room for new members in the top three slots, such as agreeing to serve as speaker for just one year.

"Leader Pelosi wants to boil this down to a personal argument, but this is so much bigger than her. It's about the entire, stagnant, 3-person leadership team and having a serious conversation about promoting leaders who reflect the future of our caucus," said Rep. Seth Moulton, D-Massachusetts.

A spokesman for Moulton said that Pelosi had not reached out for a meeting with the congressman. An aide to Pelosi said Moulton has not asked for one.

Pelosi also faces headwinds among another moderate group of members from the bipartisan Problem Solvers Caucus. Nine Democratic members of the group are asking Pelosi to publicly back changes to the House rules to ensure that more bipartisan legislation gets votes in committee and on the floor of the House.

On Friday, Pelosi put out a statement that promised to "establish a select committee to improve the operation of Congress" and asking that all Democrats "support the nominee of our Caucus for Speaker on the Floor of the House."

That wasn't enough to win over the nine Democrats from the Problem Solvers Caucus. In a statement early Monday morning, they said, "our rules proposal isn't about changing leadership; it's about changing a system that stymies the will of the commonsense majority. The bottom line is this: We need real rules reform to get bipartisan legislation heard — not just more committees to study the problem. Bipartisan legislation with broad support deserves honest debate and a simple up-or-down vote."

They argue that without the changes, there will be no meaningful legislation on healthcare, immigration and infrastructure.

One change they are seeking – an agreement that any bill with 290 co-sponsors would receive a committee markup and consideration on the House floor – is already in the package of House rules Democrats will consider, according to a senior Democratic aide.

They are also demanding that any amendments with at least 20 Democratic and Republican cosponsors get votes on the House floor, and that every member of Congress be guaranteed a debate and a vote on a piece of legislation they propose if it's relevant to the committee where they serve and they have at least one cosponsor from the other party.

The proposed rules package also includes other requests from the Problem Solvers' "Break the Gridlock" package, including fair party ratios on legislative committees and a higher threshold for a minority of members to try to overthrow the speaker.

Some members of the Problem Solvers caucus will meet on Tuesday with Pelosi and Rep. Jim McGovern, the top Democrat on the Rules Committee, to continue the discussions over the proposed rule changes.

The fight over reforms demonstrates the fine line Pelosi must walk in balancing the moderate and progressive interests of her large incoming flock. Bipartisanship is a rallying cry for many members who represent swing districts, but is not a goal shared by those on the left.

"People sent us here to get things done, not 'negotiate' with an admin that jails children and guts people's healthcare,'" she wrote.

Bo Erickson contributed to this report.