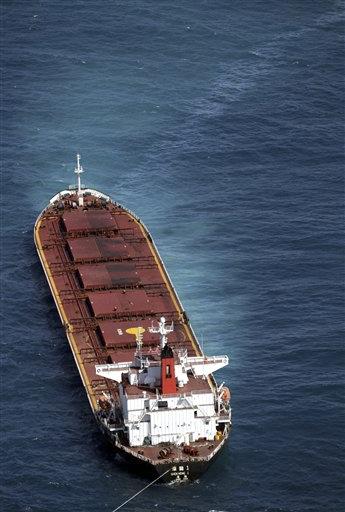 A U.S. warplane bombed Najaf's vast cemetery as fighting with Shiite militants intensified Tuesday, while an Iraqi delegation brought a peace proposal aimed at ending the standoff in the holy city.

At least one plane dropped bombs in the cemetery, where followers of radical Shiite cleric Muqtada al-Sadr have been battling U.S. troops since Aug. 5. Explosions and gunfire shook the streets throughout the day and U.S. troops entered the flashpoint Old City neighborhood, where al-Sadr's Mahdi Army was based.

The clashes Tuesday killed three people and wound 15 others, all of them civilians, according to rescue worker Sadiq al-Shaibany.

Two of the casualties were killed when gunfire hit the office of the Badr Brigades, the militant wing of the Supreme Council for the Islamic Revolution in Iraq, which is not involved in the fighting, according to Ridha Taqi, a SCIRI official.

The peace proposal, cobbled together by delegates at Iraq's National Conference, demanded that al-Sadr's Mahdi Army militia put down its arms, leave the Imam Ali Shrine where it is holed up and join Iraq's political process in exchange for amnesty.

The 8-member delegation arrived at a U.S. military base in Najaf on Tuesday afternoon aboard two U.S. Army Blackhawk helicopters. A much larger delegation of 60 conference members had planned to take a convoy on the 100-mile journey to Najaf. That trip was delayed, and then eventually called off, because of security concerns.