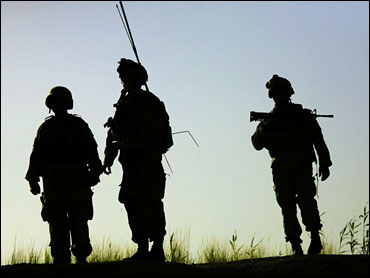 I had breakfast the other day with the ambassador from one of America's strongest and closest allies. We got to talking about Iraq and Vietnam, and he asked me what I thought the great lessons of those years have been.

I said, first, that we can help people but we can't do it for them, and, second, that America leads best when it leads by example – when we demonstrate how our system works by practicing what we preach, not by resorting to the methods of those who oppose us.

"May I suggest one more thing?" he asked. "That America is most successful when it does not work alone, but with its friends."

That is more than opinion. It's just a fact which makes me wonder, even at this eleventh hour, shouldn't that be the focus of our Iraq policy? Bringing together a broad coalition of western nations and Iraq's neighbors to contain the war and pressure its warring factions to settle their differences?

Instead, we have paid lip service to diplomacy, made the debate about battlefield tactics and searched for a military solution to a political problem.

So far, we haven't found one.

If you would like to do more than just remember those who serve in the armed forces on this Memorial Day, I invite you to contact three fine organizations who help our wounded and their families: