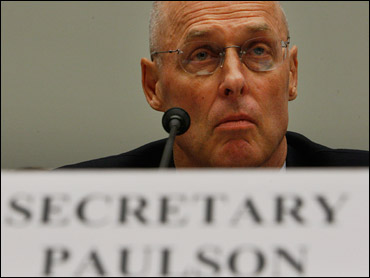 "Without immediate action by Congress, American could slip into a financial panic and a distressing scenario would unfold," Bush said in a prime-time address from the White House East Room that he hoped would help rescue his tough-sell bailout package.

Bush also invited rival presidential nominees John McCain and Barack Obama, along with other congressional leaders, to the White House for a Thursday meeting aimed at reaching a bipartisan deal, reports CBS News White House correspondent Mark Knoller. According to an Obama spokesperson, the Democratic presidential nominee has accepted the invitation.

Earlier Wednesday, Treasury Secretary Henry Paulson said he was agreeing to demands from critics in both parties to limit the pay packages of Wall Street executives whose companies would benefit from the proposed bailout.

"The American people are angry about executive compensation and rightfully so," Paulson told the House Financial Services Committee. "We must find a way to address this in the legislation without undermining the effectiveness of the program."

The issue has been a much-debated point in the struggle to win congressional approval of the historic rescue of the financial industry, though the "golden parachute" money involved would be relatively insignificant compared with the huge sums being talked about.

There has been other progress on a potential deal as well, with the Bush administration signing off on greater congressional oversight - meaning the treasury secretary will have to answer for how he spends the bailout dollars, reports CBS News correspondent Bob Orr.

McCain said the Bush administration's plan, as it stands, seemed headed for defeat and a bipartisan solution was urgently needed.

"I do not believe that the plan on the table will pass as it currently stands, and we are running out of time," he said.

Because of that, McCain said he was returning to Washington and was asking Obama to agree to delay their first debate, scheduled for Friday, to deal with the meltdown that has engulfed the political race as well as Congress less than six weeks before Election Day. Obama's spokesman said the two campaigns were working on a joint statement.

Obama's campaign said they are prepared to go forward with the debate.

The heart of the unprecedented plan, dramatically unveiled less than a week ago, involves the government buying up sour assets of tottering financial firms to keep them from going under and to stave off a potentially severe recession and the accompanying lost jobs and further home foreclosures.

The crisis is hardly limited to the United States. Federal Reserve Chairman Ben Bernanke, who warned senators on Tuesday that they must act or face recession, was back on Capitol Hill Wednesday saying that global financial markets are under "extraordinary stress."

Lawmakers in both parties have strenuously objected to the plan over the past two days, Republicans complaining about federal intervention in private business and Democrats pressing to tack on help for beleaguered homeowners.

Paulson, who with Bernanke heard hours of withering criticism at a hearing on Tuesday, met for the second day with House Republicans, some of whom have announced their opposition to any federal bailout of the private financial markets that form the backbone of American capitalism.

Other Republicans appear to be more open to legislation, according to congressional and administration officials, although on different terms than the White House has proposed.

One possible element in a final deal may be the government taking equity stakes in the companies it helps as insurance against taxpayer losses, reports Orr.

Still, most majority Democrats and minority Republicans say something must be done - and will be soon.

House Speaker Nancy Pelosi met with administration officials and then told reporters, "We're moving in a productive direction." She declined to discuss specifics.

Amid speculation that votes on any legislation could slip into next week, she said, "We'll finish it when it's ready. I'd rather it be sooner rather than later."

She has insisted Republican lawmakers must stand up for their own president's proposal, but they appear anything but eager to do so.

"It's a tough sell to most of our members," said Rep. Tom Davis, R-Va., after a closed-door meeting with Paulson and Bernanke. "It's a terrible plan, but I haven't heard anything better."

Compounding the administration's challenge, Republicans and Democrats both say Bush has lost credibility, particularly in cases where he argues there will be dire consequences if Congress doesn't act.

"They sold the war, they sold the stimulus package and some other things. It's the 'wolf at the door"' argument, Davis said.

The presidential campaign added yet another layer of complexity.

Some Democrats expressed concern that they would side with the unpopular Bush, only to have Republican candidate McCain oppose the measure and try to ride his opposition to victory over Obama.

So far, neither McCain nor Obama has indicated how he would vote on the measure.

Democrats also want to allow bankruptcy judges to rewrite mortgages to ease the burden on consumers who are facing foreclosure.

Another demand, for provisions that give Congress greater authority over the bailout, have already been accepted in principle.

For their part, some Republicans have called for a suspension of the capital gains tax to free money for investment.

Even some of the supporters of the bailout sounded less than enthusiastic.

"It's not my job to just echo people being mad. I'm going to choose the bad choice over the catastrophic choice," said Sen. Lindsey Graham, R-S.C.

Paulson has been negotiating for days with Democrats over the legislation, and key details, including the limits on "golden parachutes" for departing executives, have not yet been finalized, said Treasury spokeswoman Brookly McLaughlin. She said, "Discussions are ongoing on this and a number of issues." 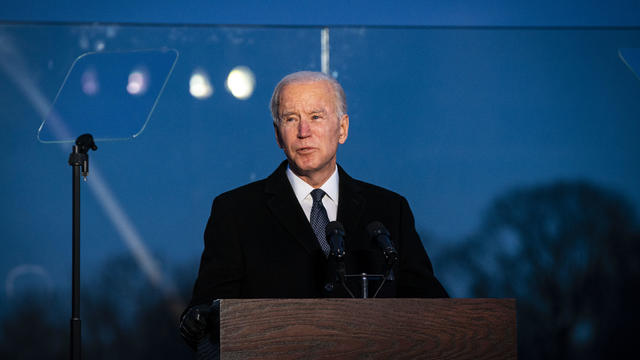