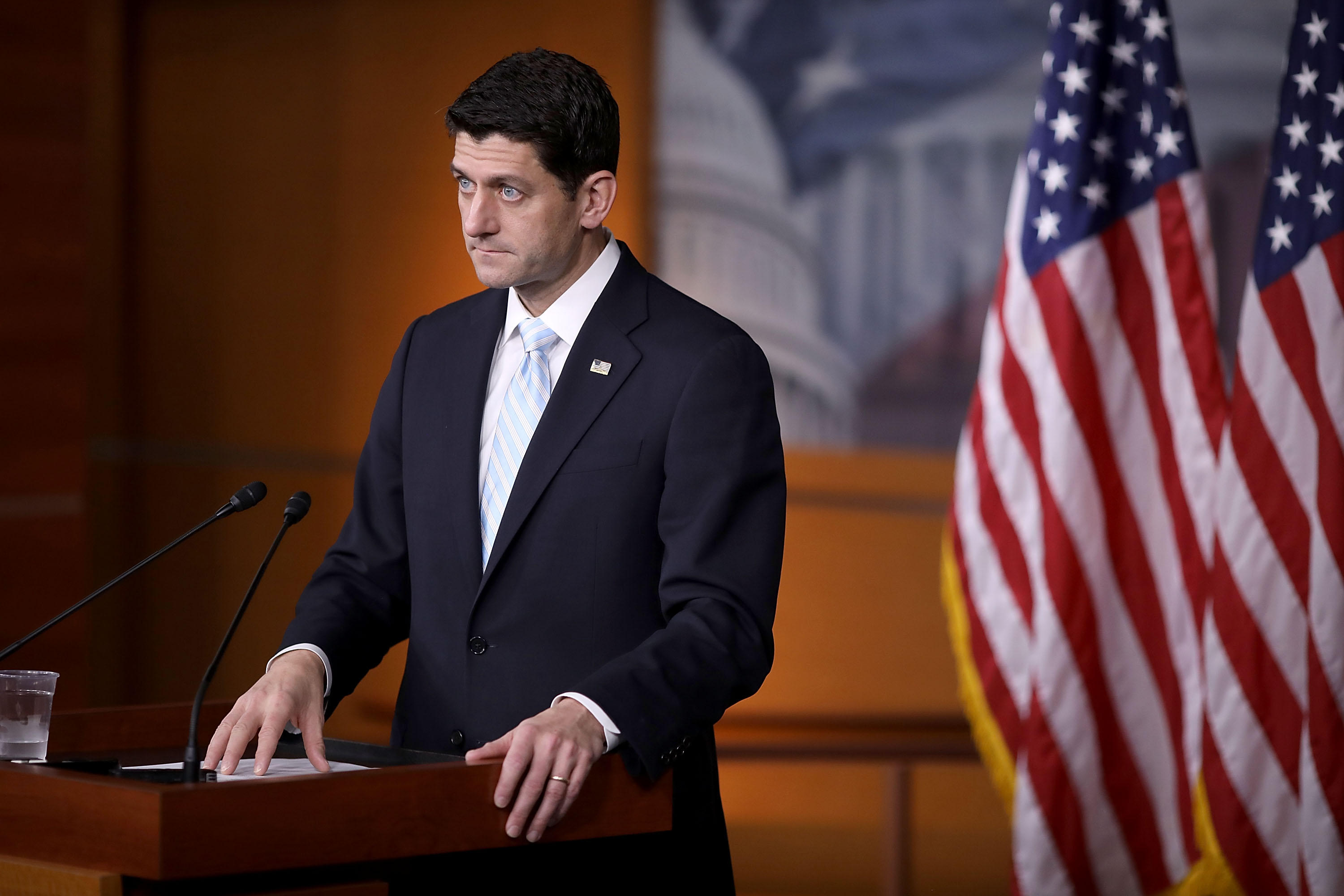 WASHINGTON -- Congressional Republicans are working with the Trump transition team on a solution for immigrants brought illegally to this country as kids, House Speaker Paul Ryan said Thursday.

Hundreds of thousands of these immigrants gained temporary protections and work permits from President Obama. While campaigning for president, Donald Trump promised to undo those protections, putting the immigrants at risk of deportation, although he said last month he hoped to “work something out” to help them.

Ryan didn’t detail what Congress and Mr. Trump would do about the program, called Deferred Action for Childhood Arrivals, or DACA. But when questioned on a CNN town hall by a woman who identified herself as a DACA recipient with a young daughter, Ryan told her he did not want to see her deported.

“I can see you love your daughter, you are a nice person who has a great future ahead of you, and I hope your future is here,” Ryan said.

“What we have to do is find a way to make sure that you can get right with the law, and we’ve got to do this in a good way so that the rug doesn’t get pulled out from under you and your family gets separated.”

Host Jake Tapper pointed out that Mr. Trump, during the campaign, promised a “deportation force” to round up the more than 11 million immigrants in the country illegally. Ryan dismissed that idea.

“I’m here to tell you in Congress, it’s not happening.”

Instead, Ryan said Mr. Trump has asked lawmakers to focus on two priorities with respect to illegal immigration: securing the border and deporting immigrants who are violent, repeat criminals.

House GOP lawmakers and aides have also said recently they’re working on how to pay for border security to make good on Mr. Trump’s promise of building a wall on the border with Mexico, although at least initially taxpayers would foot the bill - not Mexico, as Mr. Trump promised.

DACA has extended work permits and temporary deportation relief to more than 700,000 immigrants brought illegally to this country as youths since its creation in 2012. Mr. Trump has said it and other Obama executive actions are unconstitutional, since they involved going around Congress, a position Ryan repeated Thursday.

DACA permits need to be renewed every two years, so Mr. Trump could cancel out the program over time by ordering agencies to stop processing new applications and renewals. There is high anxiety in immigrant communities about what he will do.

“We have to figure out how to have a humane solution to this very legitimate, sincere problem and respect the rule of law,” Ryan said.