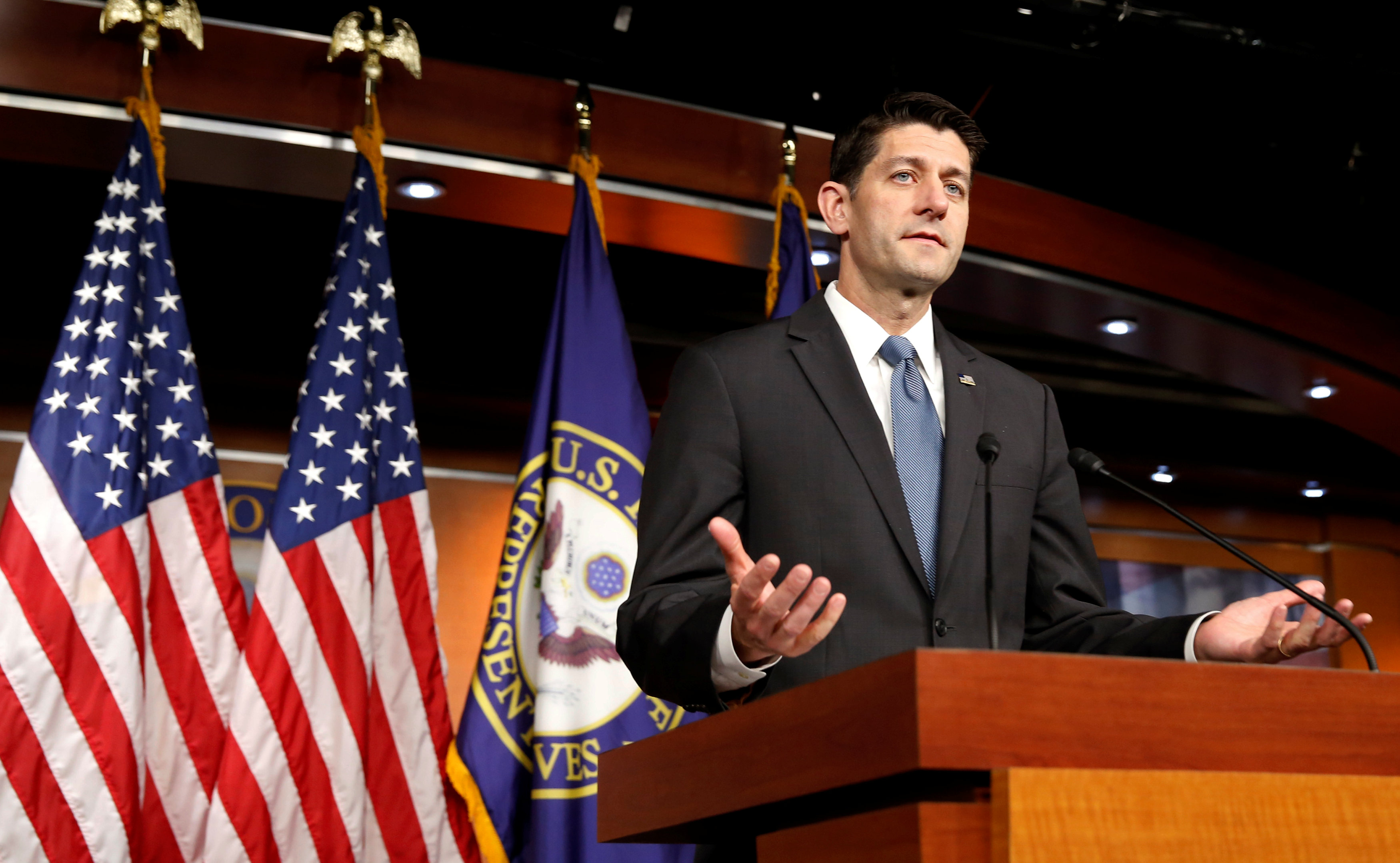 "I'm not going to -- I'm not a betting man," the Wisconsin Republican said about the possibility of a Trump victory to Politico's Glenn Thrush on his "Off Message" podcast.

At the same time, he admitted that Trump has a chance to win and predicted the rise of "Trump Democrats."

Ryan, the 2012 GOP presidential nominee, was then asked if Trump is a conservative, but he dodged the question.

"You should ask him those questions," Ryan said. "I'm not the person to be giving you the breakdown of Donald Trump. That's not my job and responsibility."

Still, it's apparent Ryan won't hesitate to be openly critical of the presumptive nominee, telling Thrush he'll continue to call him out if he feels it's warranted. "I've done that in the past, and I will do that in future if need be, and I hope it's not necessary," Ryan said.

Ryan has not endorsed Trump, and said earlier this month that he was "not ready" to support him yet. The two met a week later to discuss efforts to unify the party. After the meeting, Ryan told reporters that he was "very encouraged" by Trump, who he called a "warm and genuine" person.

In July, Ryan will serve as chairman of the Republican National Convention in Cleveland.