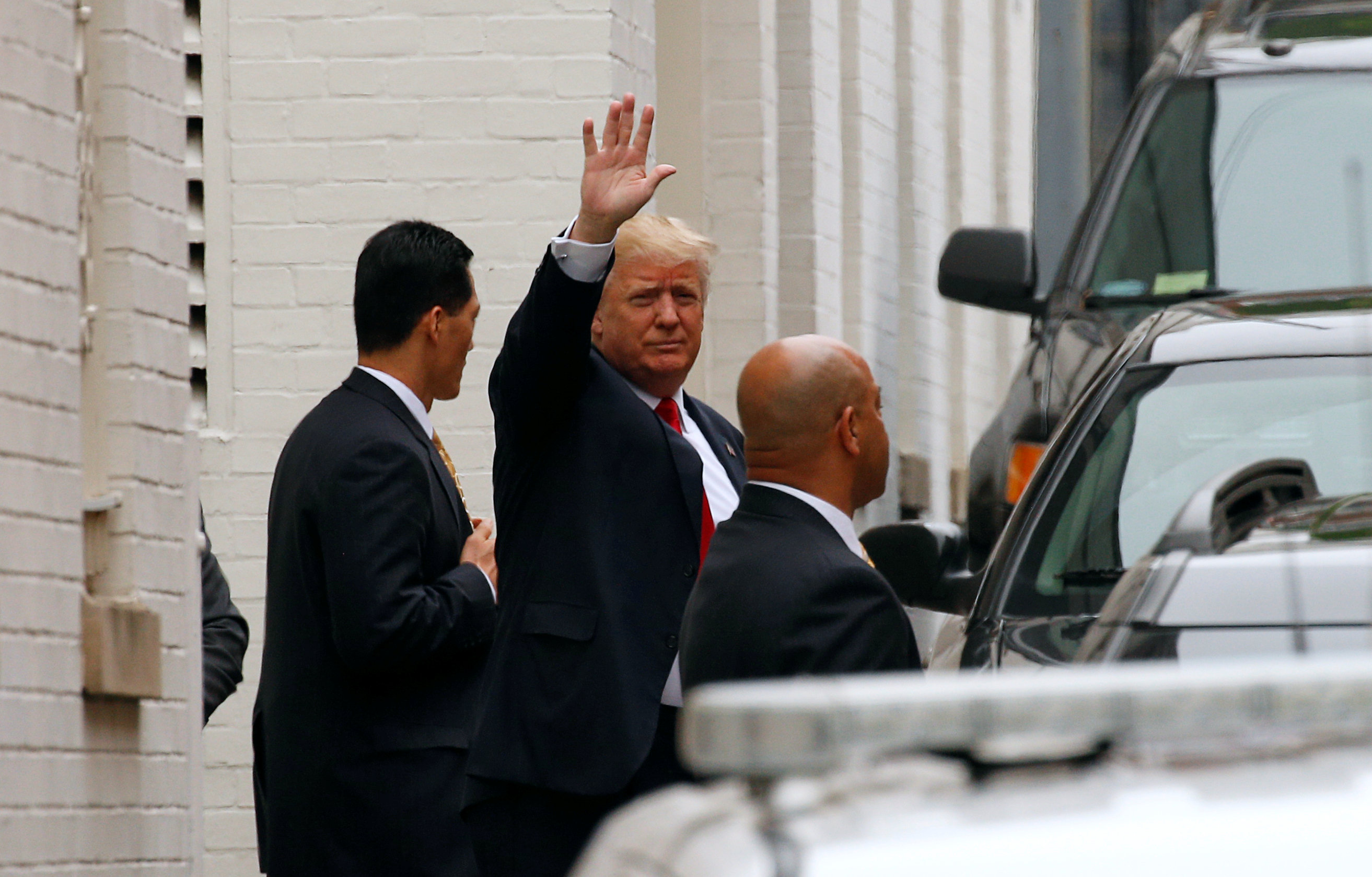 After Donald Trump huddled with GOP leaders including House Speaker Paul Ryan early Thursday morning, Ryan told reporters at a press conference that he was "very encouraged" by talking with Trump, who he called a "warm and genuine" person.

Still, Ryan wasn't ready to offer the presumptive GOP nominee his endorsement -- he dodged a question about whether he'd endorse Trump before the GOP convention in July.

"It takes time," Ryan said of bringing together the differing factions of the Republican party. "I don't want to have some fake unification process here."

The speaker added that he had "heard a lot of good things from our presumptive nominee" during their conversation on core conservative principles.

But Ryan declined to go into further detail, saying the conversation was "personal in some sense."

Republican National Committee chairman Reince Priebus declared that the meeting was "a very positive step" toward unifying the party.

Priebus tweeted after Trump arrived at the RNC headquarters in Washington, D.C.:

Ryan said last week that he was not "ready" to back the party's presumptive nominee. But Trump and Ryan did have what seemed to be a productive meeting Thursday morning. The two issued a joint statement shortly after Trump left the RNC, saying they had a "great conversation."

"While we were honest about our few differences, we recognize that there are also many important areas of common ground," the statement read. "We will be having additional discussions, but remain confident there's a great opportunity to unify our party and win this fall."

Trump tweeted about the meeting later in the day, declaring "things working out really well!"

Even before the New York businessman arrived at the GOP base, activists gathered outside the RNC building, with some demonstrators blowing bagpipes and one donning a larger-than-life paper mache Trump head.

Other high-ranking senators met with the billionaire as well, including Senate Majority Leader Mitch McConnell.