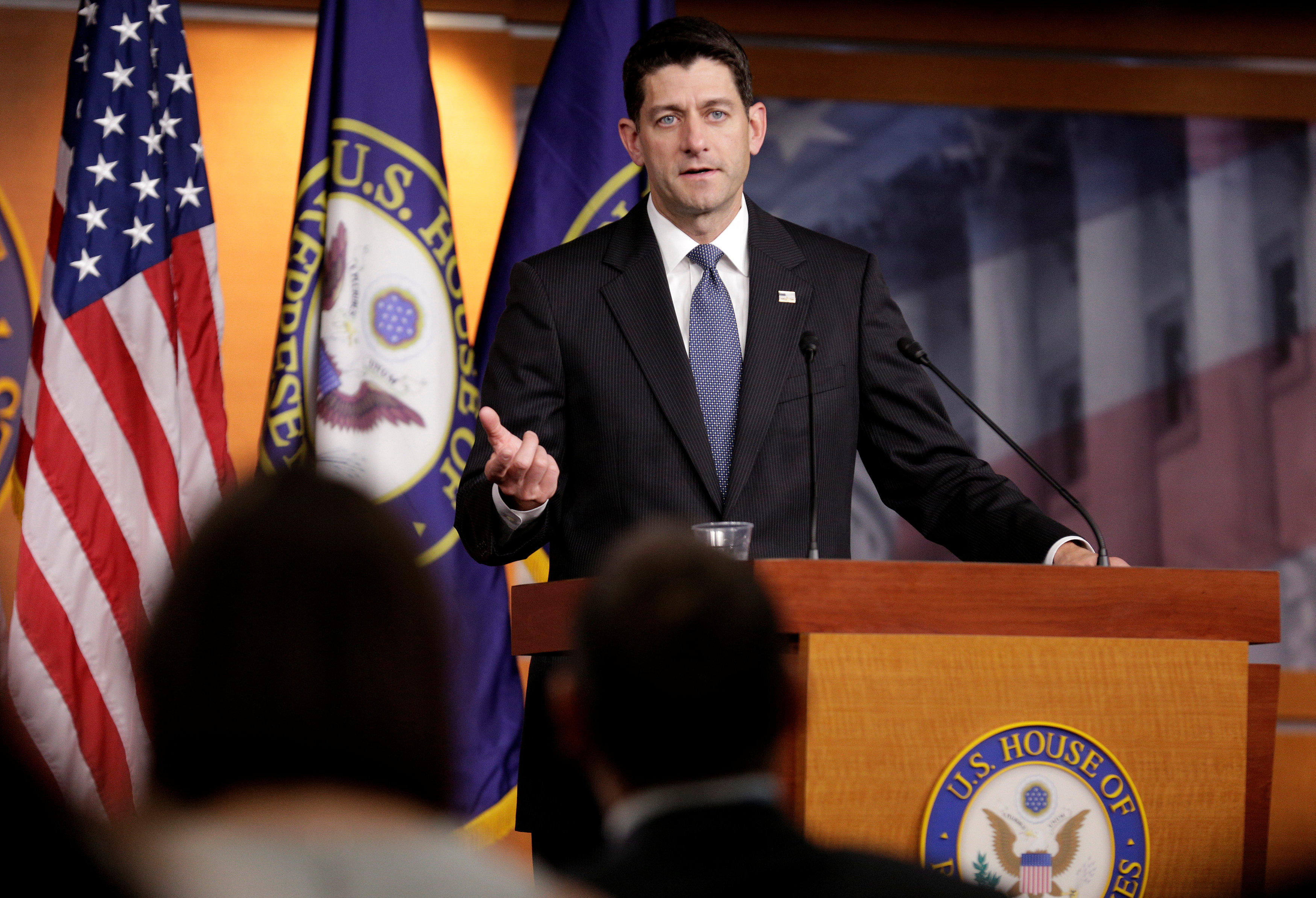 Speaker Paul Ryan suggested Wednesday that House Republicans would prefer that the executive branch overturn the regulation that has allowed bump stocks, a device used by the Las Vegas shooter, rather than a legislative fix.

At his weekly news conference, the Wisconsin Republican said that a regulatory fix by the Bureau of Alcohol, Tobacco, Firearms and Explosives (ATF) would be the "smartest, quickest fix."

However, a bureau spokesman told The Atlantic that it's not the ATF's role to approve devices. The ATF just determines the classification of a device, that is, whether it is a firearm or a part, for instance. And in 2010, in a letter to a bump stock manufacturer, the ATF classified the bump stock as an attachment to a gun that "has no automatically functioning mechanical parts or springs and performs no automatic mechanical function when installed."  It went on to say that in using the device, the "shooter must apply constant forward pressure with the non-shooting hand and constant rearward pressure with the shooting hand." As such, the ATF found that the bump stock "is a firearm part and is not regulated as a firearm under Gun Control Act or the National Firearms Act."

Las Vegas shooter Stephen Paddock used a dozen bump stocks in his hotel suite, which enabled him to shoot more than 500 people at a country music festival last week. The devices allowed him to modify his semi-automatic weapons so they fired with the rapidity of automatic weapons. He killed 58 people and wounded more than 500.

A number of Republicans last week said that they were open to investigating the legality of -- or even banning -- bump stocks. The National Rifle Association (NRA) said last Thursday that they should be regulated, but then CEO Wayne LaPierre told CBS News' "Face the Nation" on Sunday that the ATF should "do its job." He wouldn't commit to supporting legislation that would ban bump stocks.

Reps. Carlos Curbelo, R-Florida, and Seth Moulton, D-Massachusetts, have introduced a bipartisan measure that would ban bump stocks in the House. Sen. Dianne Feinstein, D-California, has introduced a similar bill in the Senate.