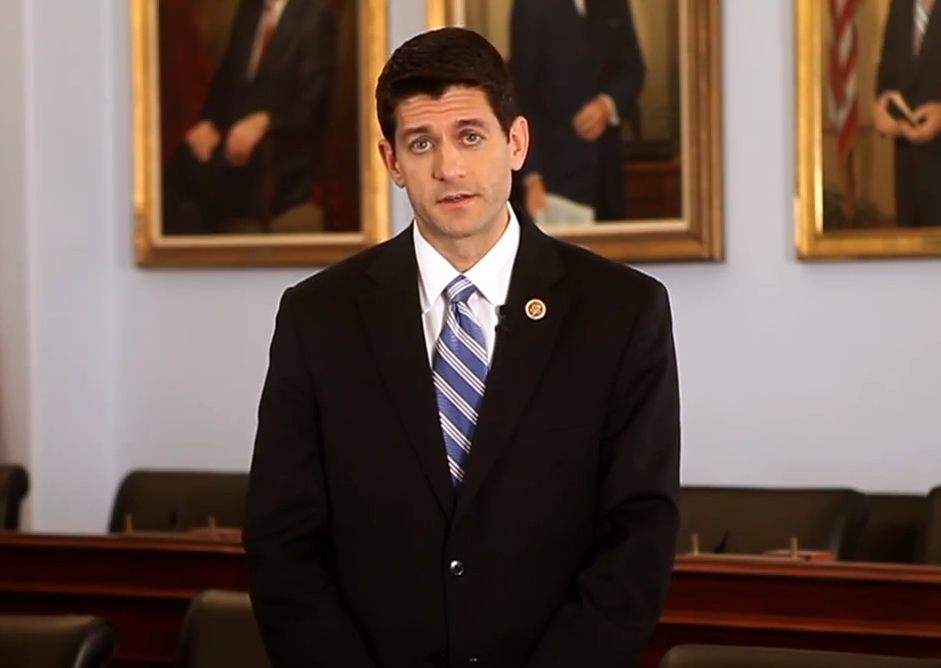 Rep. Paul Ryan, R-Wis., accused Democrats of leading America "straight into a debt crisis" with their recently unveiled budget, and he urged the president during the weekly GOP address on Saturday to work with the congressional Republicans on a balanced budget.

"President Obama and Senate Democrats say they want a 'balanced approach' to our fiscal issues," said Ryan, the chairman of the House Budget Committee. "But their budgets never balance - ever. Instead, they want to raise taxes to fuel more spending."

"We know where this path leads - straight into a debt crisis," he warned. "The debt will overwhelm our economy. Our finances will collapse."

"We don't accept that future - not for our children, not for our country," Ryan said. "So today we invite President Obama to do what President Clinton did - to work with Republicans in Congress to balance the budget. He can join in the effort, or he can choose the status quo. But he must choose."

The House GOP's own budget, authored chiefly by Ryan himself, would balance the budget in 10 years, Ryan said, by not "spending money we don't have."

His plan would restrict annual increases in spending and cut deeply into the discretionary budget. Perhaps most controversially, it would also restructure the health care entitlement programs that are the chief drivers of America's long-term debt problem, block-granting Medicaid back to the states and replacing the guaranteed benefits of Medicare with a private insurance subsidy.

"We're not balancing the budget as an accounting exercise," said Ryan. "We're not trying to simply make numbers add up. We're trying to improve people's lives."

"If we take these steps, our economy will grow. Our country will regain confidence. And we will reignite the American dream," he promised. "All we need is leadership."

President Obama, for his part, delivered his weekly address from Argonne National Laboratory, where he traveled on Friday to promote renewable energy technology. In the address on Saturday, he continued beating the energy independence drum, calling for a plan to "shift our cars and trucks off of oil for good."

Despite the ample progress the country has made on green energy during the last few years, Mr. Obama said, the nation is still vulnerable to fluctuations in oil prices that feel "like getting hit with a new tax coming right out of your pocket."

"So I'm proposing that we take some of our oil and gas revenues from public lands and put it towards research that will benefit the public," Mr. Obama said, describing an "energy security trust" that could fund new green energy research. "We can support scientists who are designing new engines that are more energy efficient, developing cheaper batteries that go farther on a single charge, and devising new ways to fuel our cars and trucks with new sources of clean energy - like advanced biofuels and natural gas - so drivers can one day go coast-to-coast without using a drop of oil."