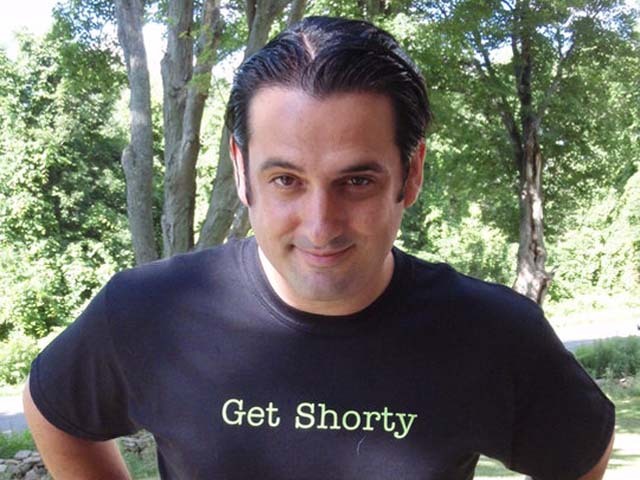 A New York entrepreneur suing Facebook CEO Mark Zuckerberg for a 50 percent ownership stake in the social media giant was arrested Friday on charges that he falsified records and destroyed evidence in a multibillion scheme to defraud both Facebook and Zuckerberg, according to the U.S. Attorney's Office.

Paul Ceglia, 39, was taken into custody by U.S. Postal inspectors at his home in Wellsville, N.Y., Friday and appeared before a federal judge in Buffalo later in the day.

Ceglia filed suit against Zuckerberg in 2010, claiming that he and Zuckerberg, then a student at Harvard University, signed a contract in April 2003 which promised Ceglia a 50 percent stake in the fledgling web venture that was to become Facebook.

Ceglia included a two-page contract and emails between him and Zuckerberg as evidence of the agreement. Authorities now say, after a forensic examination of the evidence, that Ceglia simply falsified the first page of the contract and attached it to a second page containing both parties' signatures. The contract's date, April 28, 2003, also predates when Zuckerberg and other Facebook founders have said they conceived the idea for the site.

Authorities also say Ceglia fabricated the emails between the two.

"Ceglia's alleged conduct not only constitutes a massive fraud attempt, but also an attempted corruption of our legal system through the manufacture of false evidence. That is always intolerable. Dressing up a fraud as a lawsuit does not immunize you from prosecution," U.S. Attorney Preet Bharara, of the Southern District of New York, said in a statement.

Ceglia was running an online business called Streetfax.com in April 2003 when he entered into an agreement to pay Zuckerberg for programming work. Ceglia claimed that as part of the deal, Zuckerberg promised him at least 50 percent ownership over "The Face Book," which was also referred to as "The Page Book."

Ceglia also described email exchanges with Zuckerberg, using his Harvard email account, between July 2003 and July 2004 in which the two discussed the Facebook project, including ways to generate income from it.

While there was a contract for programming work between Ceglia and Zuckerberg dated April 28, 2003, the first page made no mention of Facebook or any ownership agreement, authorities say after finding the original on Ceglia's hard drive.

Experts found inconsistencies between the two pages Ceglia produced for his lawsuit, such as differences in margins, spacing and columns. A search of Harvard's email servers also produced no evidence of the messages Ceglia described in his suit.

Further examination of his hard drive found that Ceglia falsified existing records to support his claim, according to authorities.

Ceglia was charged with one count of mail fraud and one count of wire fraud. Each count carries a maximum penalty of 20 years in prison.

Orin Snyder, attorney for Zuckerberg and Facebook, praised the arrest, saying in a statement that "Ceglia used the federal court system to perpetuate his fraud and will now be held accountable for his criminal scheme."