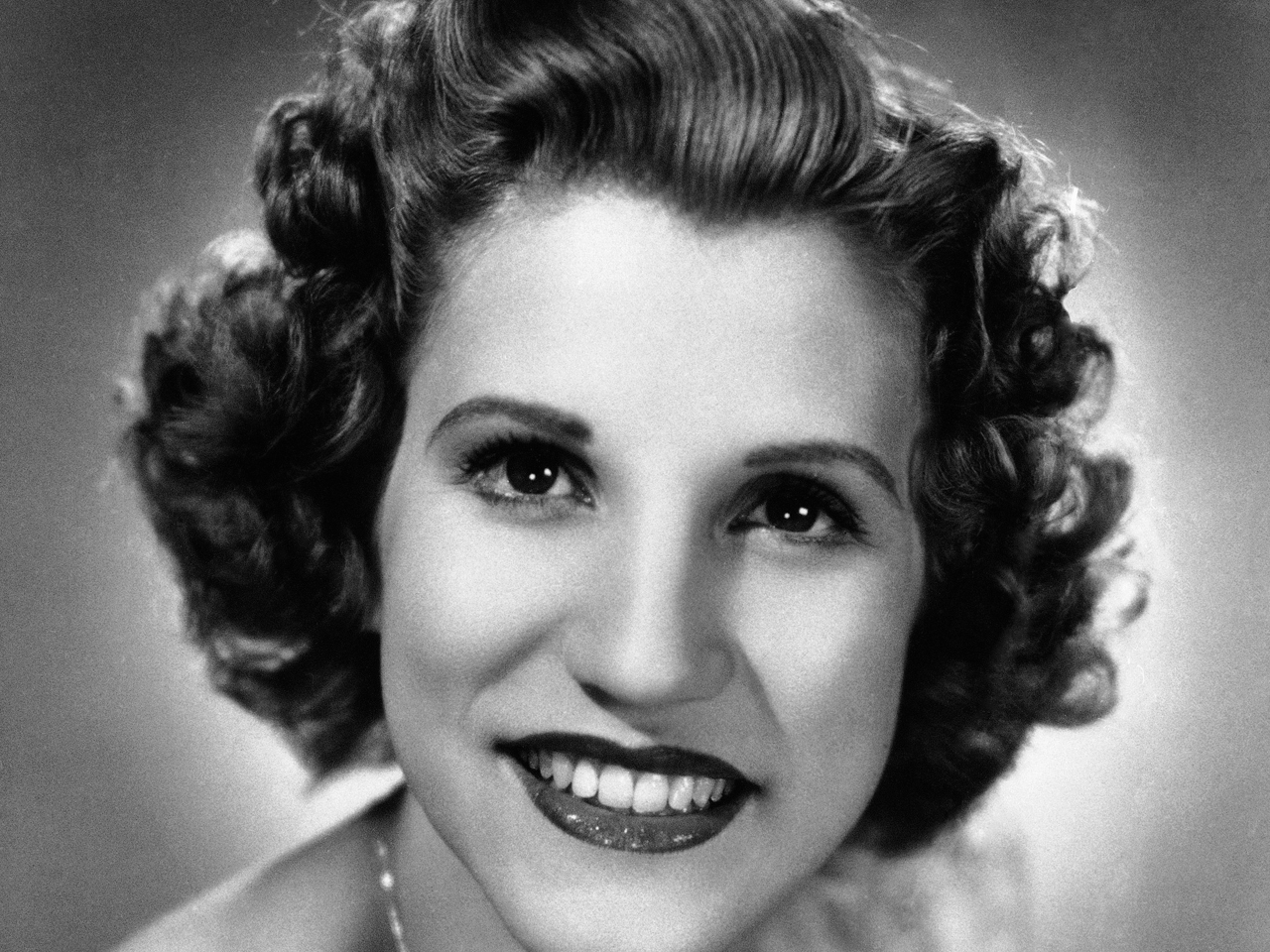 LOS ANGELES Patty Andrews, the last surviving member of the singing Andrews Sisters trio whose hits such as the rollicking "Boogie Woogie Bugle Boy of Company B" and the poignant "I Can Dream, Can't I?" captured the home-front spirit of World War II, died Wednesday. She was 94.

Andrews died of natural causes at her home in the Los Angeles suburb of Northridge, said family spokesman Alan Eichler in a statement.

Patty was the Andrews in the middle, the lead singer and chief clown, whose raucous jitterbugging delighted American servicemen abroad and audiences at home.

She could also deliver sentimental ballads like "I'll Be with You in Apple Blossom Time" with a sincerity that caused hardened soldiers far from home to weep.

From the late 1930s through the 1940s, the Andrews Sisters produced one hit record after another, beginning with "Bei Mir Bist Du Schoen" in 1937 and continuing with "Beat Me Daddy, Eight to the Bar," ''Rum and Coca-Cola" and more. They recorded more than 400 songs and sold over 80 million records, several of them gold (over a million copies).

Other sisters, notably the Boswells, had become famous as singing acts, but mostly they huddled before a microphone in close harmony. The Andrews Sisters -- LaVerne, Maxene and Patty -- added a new dimension. During breaks in their singing, they cavorted about the stage in rhythm to the music.

Their voices combined with perfect synergy. As Patty remarked in 1971: "There were just three girls in the family. LaVerne had a very low voice. Maxene's was kind of high, and I was between. It was like God had given us voices to fit our parts."

The Andrews' rise coincided with the advent of swing music, and their style fit perfectly into the new craze. They aimed at reproducing the sound of three harmonizing trumpets.

"I was listening to Benny Goodman and to all the bands," Patty once remarked. "I was into the feel, so that would go into my own musical ability. I was into swing. I loved the brass section."

Unlike other singing acts, the sisters recorded with popular bands of the '40s, fitting neatly into the styles of Benny Goodman, Glenn Miller, Jimmy Dorsey, Bob Crosby, Woody Herman, Guy Lombardo, Desi Arnaz and Russ Morgan. They sang dozens of songs on records with Bing Crosby, including the million-seller "Don't Fence Me In." They also recorded with Dick Haymes, Carmen Miranda, Danny Kaye, Al Jolson, Jimmy Durante and Red Foley.

The Andrews' popularity led to a contract with Universal Pictures, where they made a dozen low-budget musical comedies between 1940 and 1944. In 1947, they appeared in "The Road to Rio" with Bing Crosby, Bob Hope and Dorothy Lamour.

The trio continued until LaVerne's death in 1967. By that time the close harmony had turned to discord, and the sisters had been openly feuding.

Bette Midler's 1973 cover of "Boogie Woogie Bugle Boy" revived interest in the trio. The two survivors joined in 1974 for a Broadway show, "Over Here!" It ran for more than a year, but disputes with the producers led to the cancellation of the national tour of the show, and the sisters did not perform together again.

Patty continued on her own, finding success in Las Vegas and on TV variety shows. Her sister also toured solo until her death in 1995.

Her father, Peter Andrews, was a Greek immigrant who anglicized his name of Andreus when he arrived in America; his wife, Olga, was a Norwegian with a love of music. LaVerne was born in 1911, Maxine (later Maxene) in 1916, Patricia (later Patty, sometimes Patti) in 1918, though some sources say 1920.

Listening to the Boswell Sisters on radio, LaVerne played the piano and taught her sisters to sing in harmony; neither Maxene nor Patty ever learned to read music. All three studied singers at the vaudeville house near their father's restaurant. As their skills developed, they moved from amateur shows to vaudeville and singing with bands.

After Peter Andrews moved the family to New York in 1937, his wife, Olga, sought singing dates for the girls. They were often turned down with comments such as: "They sing too loud and they move too much." Olga persisted, and the sisters sang on radio with a hotel band at $15 a week. The broadcasts landed them a contract with Decca Records.

They recorded a few songs, and then came "Bei Mir Bist Du Schoen," an old Yiddish song for which Sammy Cahn and Saul Kaplan wrote English lyrics. (The title means, "To Me You Are Beautiful.") It was a smash hit, and the Andrews Sisters were launched into the bigtime.

Their only disappointment was the movies. Universal was a penny-pinching studio that ground out product to fit the lower half of a double feature. The sisters were seldom involved in the plots, being used for musical interludes in film with titles such as "Private Buckaroo," "Swingtime Johnny" and "Moonlight and Cactus."

Their only hit was "Buck Privates," which made stars of Abbott and Costello and included the trio's blockbuster "Boogie Woogie Bugle Boy from Company B."

In 1947, Patty married Martin Melcher, an agent who represented the sisters as well as Doris Day, then at the beginning of her film career. Patty divorced Melcher in 1949 and soon he became Day's husband, manager and producer.

Patty married Walter Weschler, pianist for the sisters, in 1952. He became their manager and demanded more pay for himself and for Patty. The two other sisters rebelled, and their differences with Patty became public. Lawsuits were filed between the two camps.

"We had been together nearly all our lives," Patty explained in 1971. "Then in one year our dream world ended. Our mother died and then our father. All three of us were upset, and we were at each other's throats all the time."