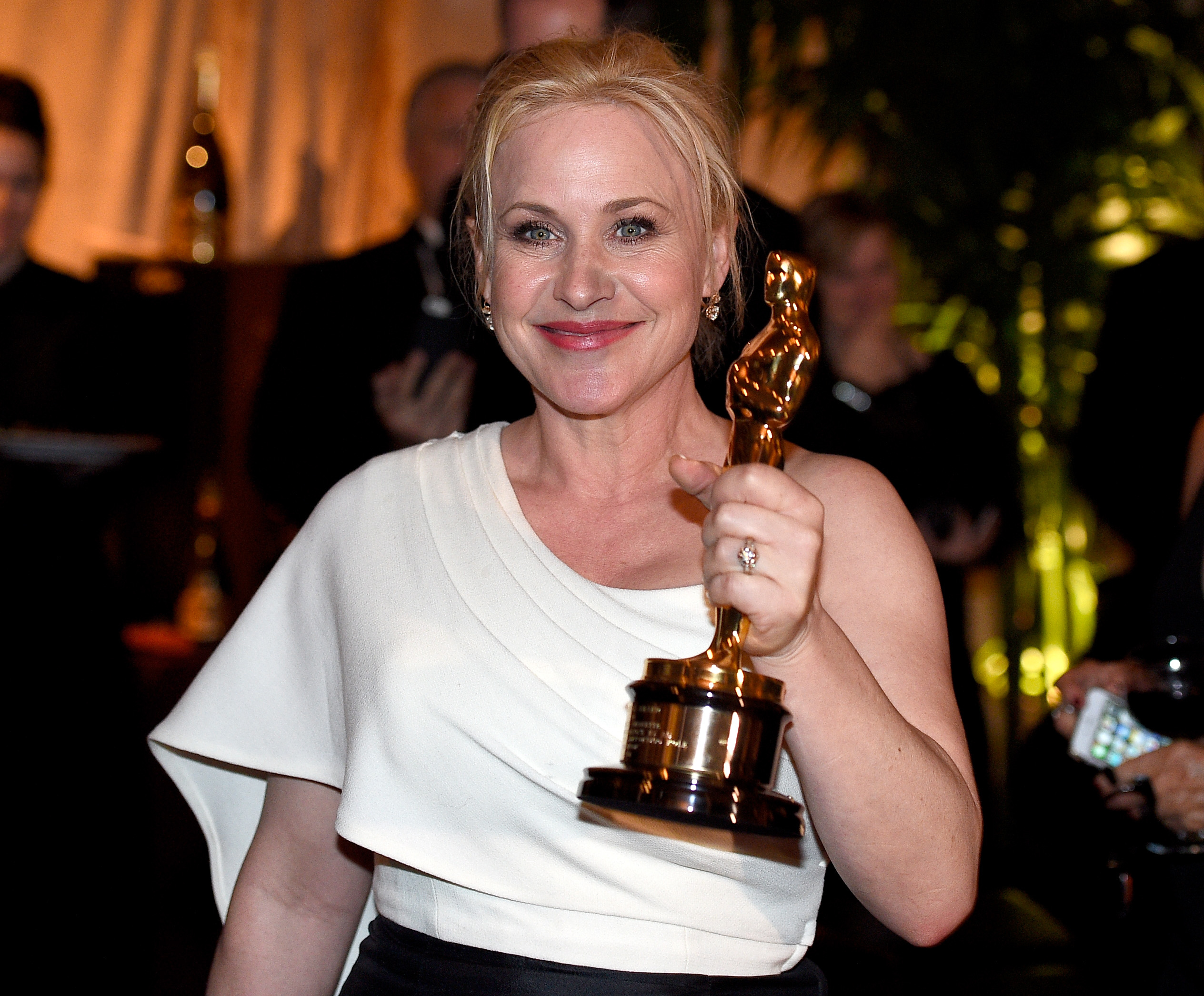 Patricia Arquette wrapped her Oscars speech with a call to action about equality for women.

The "Boyhood" star, who won best supporting actress on Sunday, told the crowd: "To every woman who gave birth to every taxpayer and citizen of this nation, we have fought for everybody else's equal rights. It's our time to have wage equality once and for all and equal rights for women in the United States of America."

Arquette's remarks received applause from the Academy Awards crowd, namely Meryl Streep and Jennifer Lopez, but her backstage comments didn't go over as well with everyone.

"The truth is: even though we sort of feel like we have equal rights in America, right under the surface, there are huge issues that are applied that really do affect women," she was quoted as saying. "And it's time for all the women in America and all the men that love women, and all the gay people, and all the people of color that we've all fought for to fight for us now."

Her post-speech commentary drew some criticism for signaling out "gay people" and "people of color," which led the 46-year-old actress to clarify what she meant Monday on Twitter. She reinforced that she was calling out all women:

Tell us: What did you think about Arquette's speech and backstage comments?