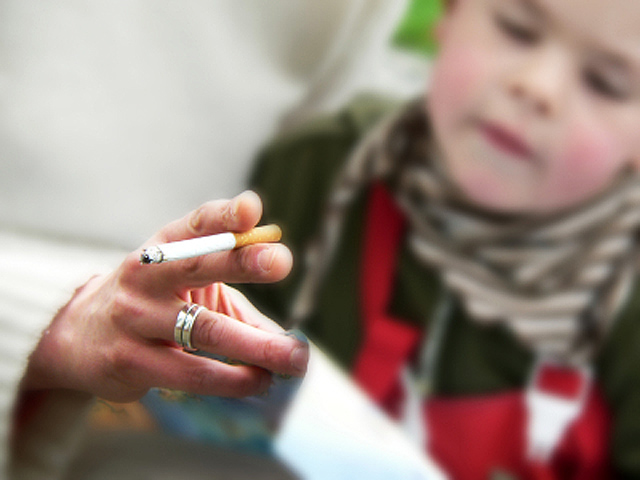 (CBS/AP) Is passive smoking kids' biggest danger when riding in cars? A new government report suggests that when it comes to cars, it's time to crack down on more than just speeding and driving while drunk.

One in five high school students and middle schoolers ride in cars while others are smoking, according to the report, released Monday in the journal Pediatrics.

This kind of secondhand smoke exposure has been linked with breathing problems and allergy symptoms, and more restrictions are needed to prevent it, the report says.

With widespread crackdowns on smoking in public, private places including homes and cars are where people encounter secondhand smoke these days. Anti-smoking advocates have zeroed in on cars because research shows they're potentially more dangerous than smoke-filled bars and other less confined areas.

The Centers for Disease Control and Prevention study is based on national surveys done at public and private high schools and middle schools. Students were asked how often they rode in cars while someone was smoking within the past week. The most common answer? One or two days. The smoker could mean other kids or parents; the study didn't specify.

A CDC fact sheet suggests even small amounts of secondhand smoke can be risky.

"There is no risk-free level of exposure to secondhand smoke," the CDC says.

Overall, 22 percent of teens and pre-teens were exposed to secondhand smoke in cars in 2009, the latest data available. That figure declined gradually during the decade, from 40 percent in 2000, the study found. But the numbers of kids still facing the risks "is certainly problematic," said CDC researcher Brian King, the study's lead author.

"The car is the only source of exposure for some of these children, so if you can reduce that exposure, it's definitely advantageous for health," King said.

The CDC advises parents to not allow smoking in their homes and cars, and says opening a car window will not protect kids from cigarette smoke inside.

Measures banning smoking in cars when children are present have been enacted in a handful of states and proposed in several others. The study authors say similar bans should be adopted elsewhere.