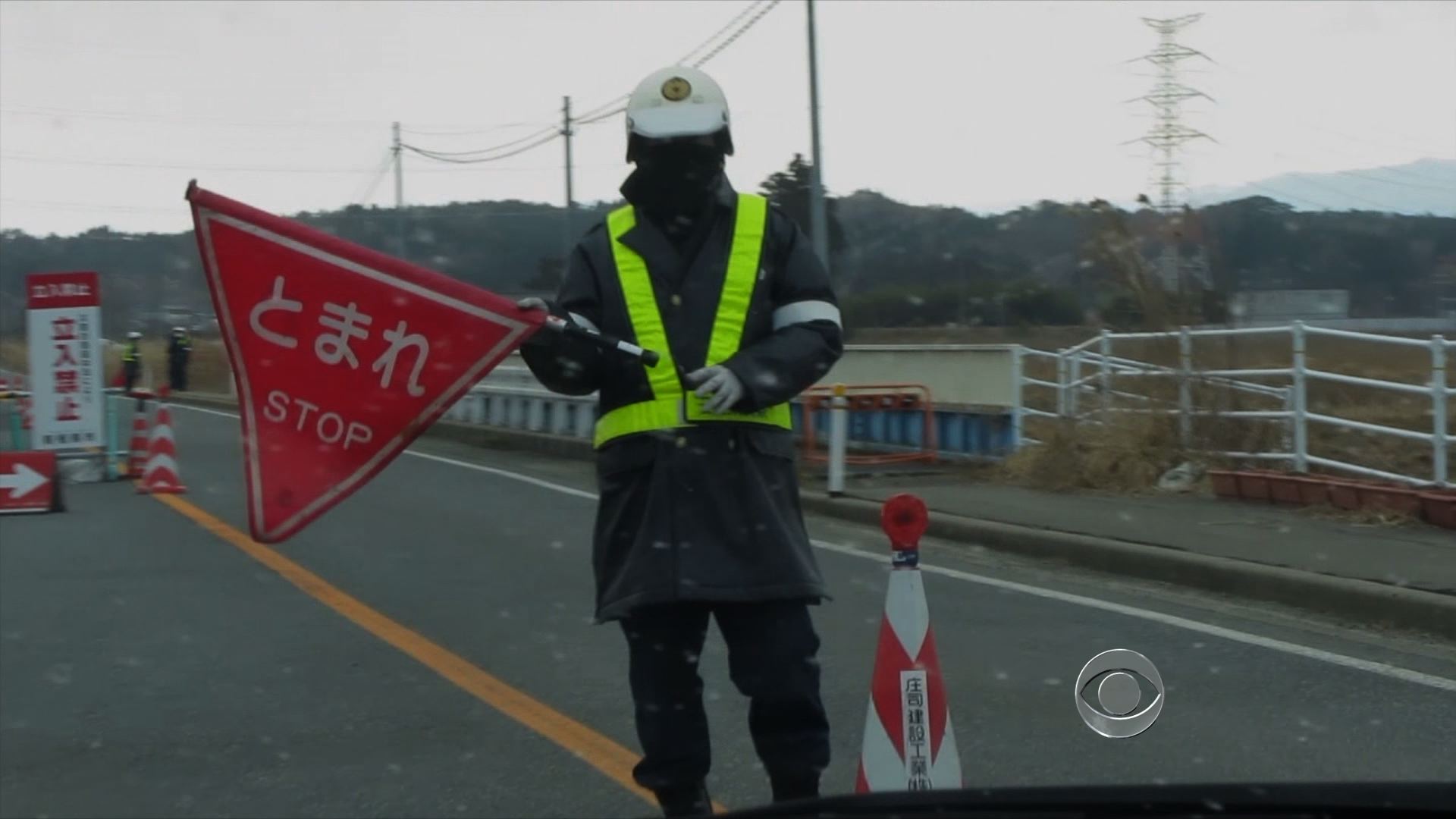 (CBS/AP) TOKYO - Japan is letting up to 16,000 people back into their homes around its leaking nuclear power plant, easing restrictions in the no-go zone for the first time since last year's disasters.

They won't be allowed to stay overnight, some must wear protective gear, and it's unclear how many will return at all, but the step is crucial to permanently resettling towns vacated since the the March 11, 2011, earthquake and tsunami devastated the Fukushima Dai-ichi plant and caused meltdowns in three of its reactors.

A 20-kilometer (12-mile) zone around the plant has been off-limits to about 100,000 residents for more than a year because of radiation contamination. But the plant was declared stable in December, with leaks substantially subsiding, and that let officials focus on how to clean up the contamination and allow some people to return.

CBS news correspondent Bill Whitaker got a rare look inside the no-go zonewhen he visited in March 2012. Whitaker joined a group of volunteers pre-approved to monitor radiation levels. The area was full of ghost towns, littered with the remnants of happier times. Cows now roam the streets. About one mile away from the Fukushima nuclear plant, the Geiger counter reading is 30.8 microsieverts. Anything over 3.8 microsieverts is considered unsafe.

Not everyone has obeyed the order to leave: Naoko and Susumu Ito are still living 10 miles down the road from the nuclear power plant. Ninety-four year old Susumu, who has Alzheimer's, requested that she stay in her home until she died. Her daughter Naoko is living there with her and honoring her request.

On Friday, the government said it was rearranging the evacuation zone based on three categories of contamination, rather than by distance. The strict perimeter was long criticized as an inexact measure of safety, as radiation levels varied widely in the area and some hotspots existed outside the area.

The change affects three of the 11 municipalities inside the former evacuation zone.

"The reorganization would be the foundation for the reconstruction of the affected towns. We will thoroughly discuss how we can best accommodate their needs," said Economy and Trade Minister Yukio Edano, who announced the step late Friday.

Kawauchi mayor Yuko Endo welcomed Friday's announcemet and told public broadccaster NHK that, "The revision comes at a right time just as the town tries to rebuild and reborn."

He said however, that residents have a right to choose whether or not to return to their homes right away.

The town office had moved to another part of Fukushima prefecture but moved into a part of Kawauchi just outside the evacuation zone earlier this month to help smooth the process of residents' returning.

While the reclassification means about 16,000 people can return home fairly soon, it's not clear how many will. Most are waiting until the area is further decontaminated and infrastructure restored, and local officials have said towns may lose unity due to the three-way divisions.

Despite the government declaration that Fukushima Dai-ichi is stable, the plant is largely running on makeshift equipment and remains vulnerable. Officials have said that it would take up to 40 years to fully decommission the highly contaminated plant that has three reactors with melted cores.

Decontamination efforts also are uncertain. Experts have said there is no established method, and more highly contaminated areas are difficult to clean up.