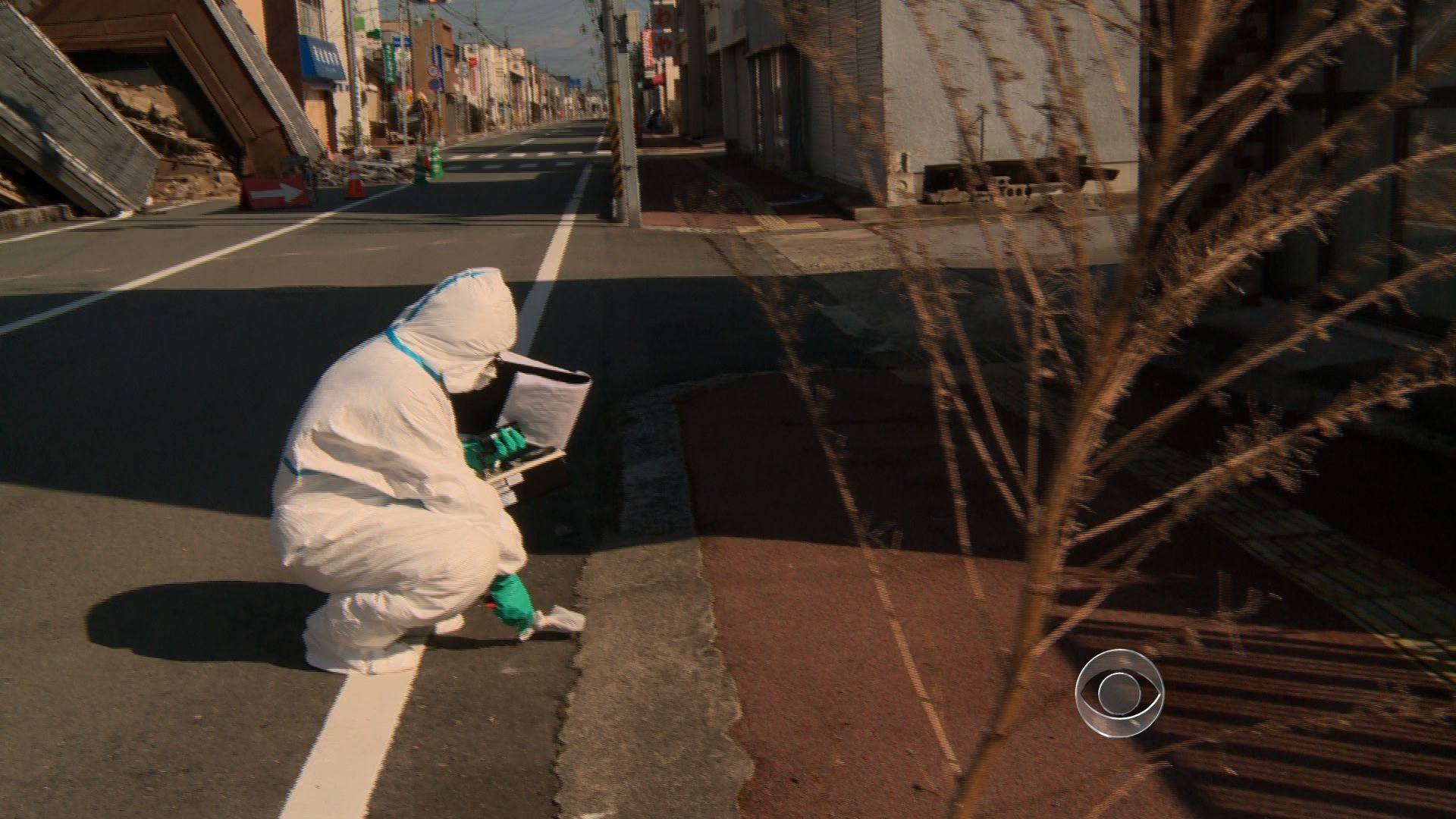 (CBS News) - One year after the earthquake and tsunami, the scars are still fresh in Japan.

A 12-mile exclusion zone still surrounds the Fukushima Daiichi nuclear plant, where the building housing a nuclear reactor exploded and three of the reactors melted down. The area became a victim to a trifecta of disasters: earthquake, tsunami and radiation.

Plant operators say it will take decades to completely dismantle Fukushima, but there's no estimated time frame for when the area will come back to life. More than 70,000 people became nuclear refugees as a result of the Japanese disasters.

CBS News correspondent Bill Whitaker traveled to the so-called no go zone for a rare look inside. The area is off-limits without a government pass, which is not usually handed out to journalists. Whitaker entered the area with volunteers pre-approved to monitor radiation levels.

Even though they were two miles away, Whitaker and those with him were asked to put on radiation suits. As they passed the security checkpoint into the no-go zone, the lack of life became apparent. The first town Whitaker passed, Odaka, used to have a population of 13,000. Now, it is home to zero.

What's most unsettling is that at first glance everything looked normal. On closer inspection, all the stores on the once busy street have been abandoned. One store still had a "Let's Be Happy" sign painted on the side. It's was mark of better times.

Now, traffic lights flashed, but there was no traffic. Streets were full of houses left in haste. A few unfortunate cows roamed the empty streets. Big towns and small towns had become ghost towns. The only sound was the ticking of a Geiger counter.

About a mile away from the Fukushima nuclear plant, the Geiger counter goes crazy. Anything over 3.8 microsieverts is considered unsafe. At one point, the device read 30.8. Whitaker and his team decided to leave as quickly as possible. They were in and out of the area in less than 3 hours.

Before they returned to safety, Whitaker met Naoko and Susumu Ito, who were living 10 miles down the road from the nuclear power plant. Despite the threats of radiation and government warnings, they still refuse to leave. Ninety-four year old Susumu, who has Alzheimer's, told Naoko that she wants to die at home, and her daughter is respecting her last wish.

"Wherever you go in Japan there are nuclear power plants," Naoko told CBS News. "There are 54 in the country. Where is safe?"