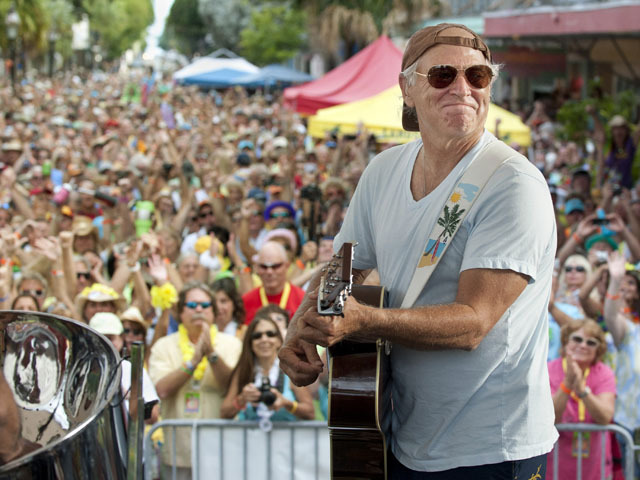 Attendees at the 20th Parrot Heads Convention were surprised Friday afternoon when Buffett made a rare appearance with his Coral Reefer Band. He played for more than an hour. Many of his 15 songs featured lyrics recalling people and places he knew while living in Key West during the 1970s and 80s.

The convention of "Parrot Head" fans, named for their offbeat tropical headgear, continues through Sunday. It will feature more performances and a charity auction.

Organizers say that since 2002, members of about 200 chapters have contributed over $20 million and nearly 3 million volunteer hours to local and national causes.