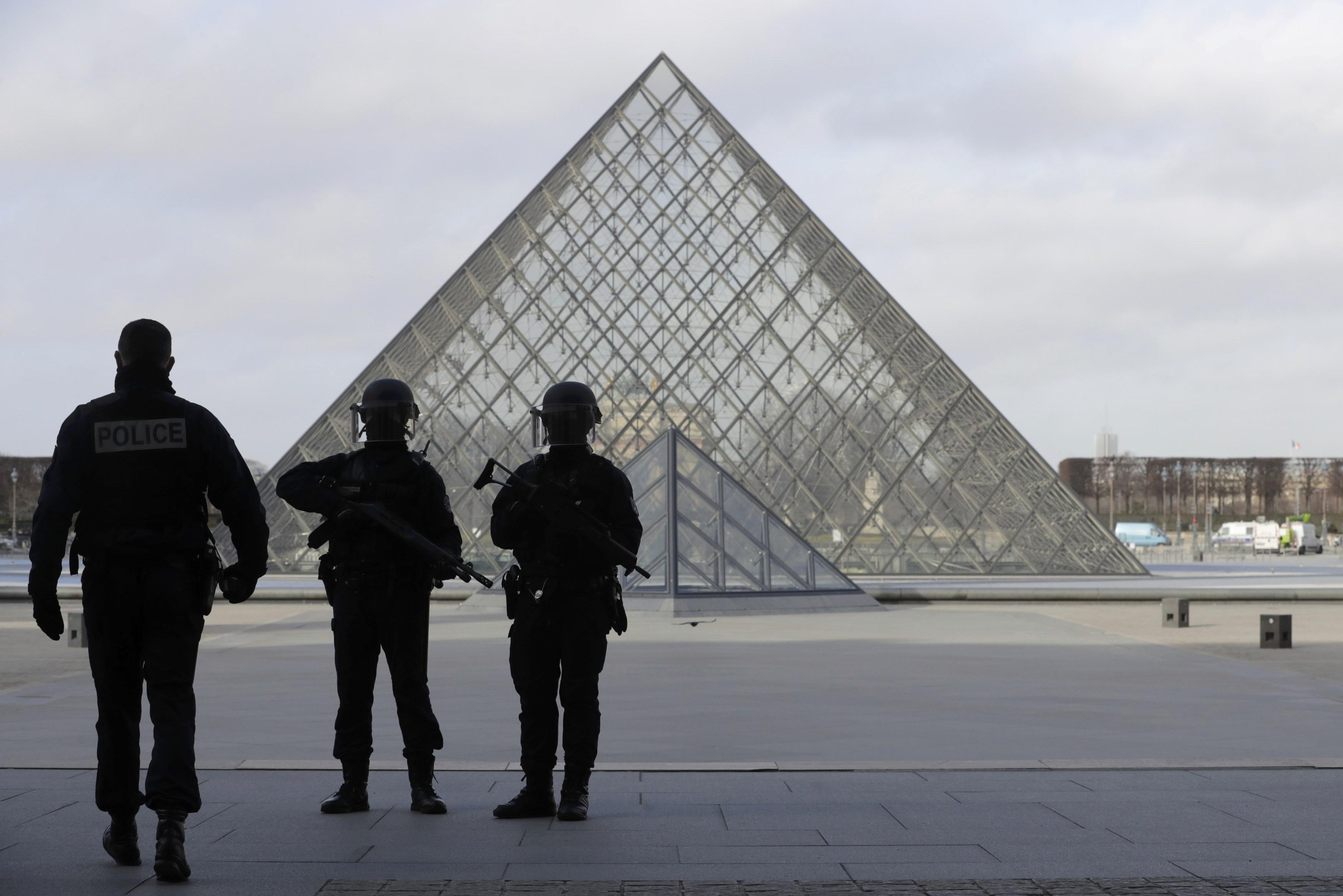 A French soldier shot a man who attempted on Friday to enter the Louvre, Paris’ landmark art museum, carrying two backpacks and wielding a machete.

CBS Radio News correspondent Elaine Cobbe says the assailant was shot and wounded after pulling a machete on the soldiers guarding the entrance to the museum from the adjoining, underground shopping area known as Carrousel du Louvre.

Paris Police chief Michel Cadot confirmed the attacker had been taken into custody after being shot and seriously wounded. One of the soldiers who stopped him was slightly wounded.

One soldier fired a total of five shots, according to Cadot. Luc Poignant, the head of a French police union, told France Info radio the suspect had gunshot injuries to his abdomen and leg.

Bomb technicians were called to the scene to investigate the bags the man was carrying, but an Interior Ministry spokesperson at the scene said no explosives were found. The spokesman said police were established a security perimeter around the museum, and that about 250 museum guests were being evacuated.

According to Cadot, remarks made by the suspect led security forces to believe he wanted to carry out a terrorist attack. The assailant lunged at the soldier before he was shot, Cadot said.

A second individual was taken into custody following the attack, but Interior Ministry spokesman Pierre-Henry Brandet said it would be up to prosecutors to determine his involvement, if there was any.

President Donald Trump responded to the incident Friday morning with a Tweet:

While French officials have not expounded on their determination that the attack was “terrorist in nature,” police have said the suspect shouted “God is great” in Arabic during the incident.

A group of U.S. college students were among those caught up in the security lockdown during the incident. Cassandra Bolt, from the University of Georgia, told CBS News she and her friends were among dozens who had been corralled into a lower floor until police gave them the all-clear to leave.

Taylor Walstrum, one of the American students, told CBS News they were in the room with the iconic Mona Lisa painting when there was a loud announcement followed by “lots of frantic movement” by museum staff, who rushed everyone down into a basement room.

“A lady told us to evacuate because there was a terrorist attempt,” Bolt told CBS News. “I was really nervous. They led us downstairs and we waited there for like two hours. I heard no gunshots but I heard a lot of police sirens.”

Cobbe says the soldier involved in the incident was part of increased security measures taken at the Carrousel du Louvre, an underground shopping area around the museum, put in place after Paris terror attacks in 2015.

The Louvre District is in the heart of Paris, and draws millions of tourists from around the world every year.

France has remained under an official state of emergency since the deadly Paris attacks in 2015.