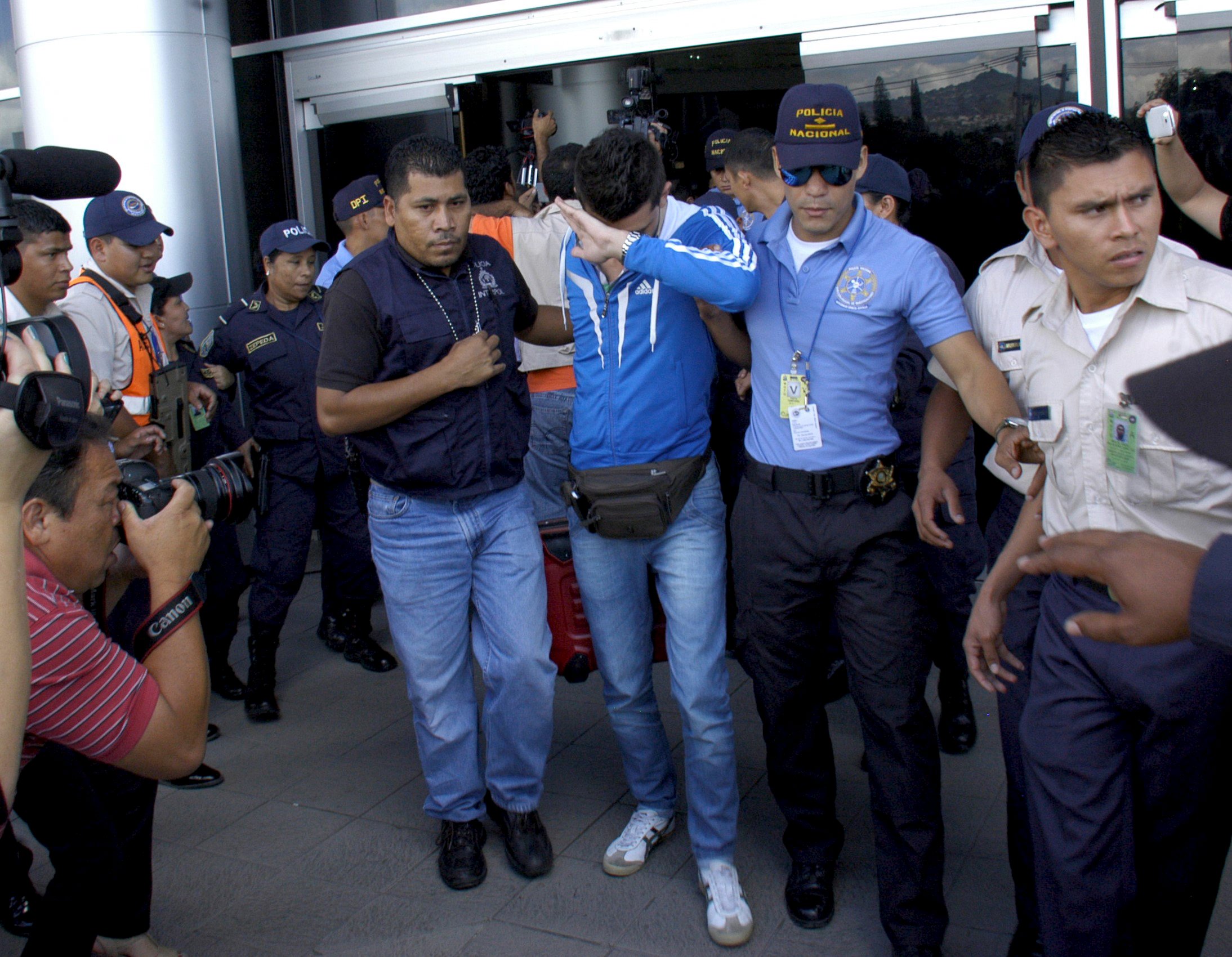 TEGUCIGALPA -- Five Syrian nationals who were trying to reach the United States using stolen Greek passports have been detained in Honduras, but there are no signs of any links to last week's attacks in Paris, police said, according to Reuters.

Police said the Syrian men were taken into custody late Tuesday in the Honduran capital, Tegucigalpa, after arriving from Costa Rica, and had been planning to head to the border with neighboring Guatemala. The passports had been doctored to replace the photographs.

In the U.S., pressure has been growing to stop accepting refugees from Syria after French authorities revealed that a Syrian passport was found close to the body of one of the eight terrorists killed during the attacks in Paris.

Republicans in the House have been actively working to try to halt the administration's plan to take in more Syrian refugees. Several dozen U.S. governors have refused to accept refugees in their states.

Speaking in the Philippines on Wednesday, President Barack Obama fought back against the effort, deeming the rhetoric offensive and insisting "it needs to stop."

He insisted the U.S. process for screening refugees for possible entry into the U.S. is rigorous and said the U.S. doesn't make good decisions "based on hysteria" or exaggerated risk.

"We are not well served when in response to a terrorist attack we descend into fear and panic," the president said.

Muslims in the U.S. also report growing hostility since Friday's attacks, including vandalism to mosques and Islamic centers, hate-filled phone and online messages and threats of violence.

Across Europe, the divide is also deepening between those who see the massive migrant flow as a potential security threat that should be shut down and those who note that many refugees are the victims of Islamic extremism.

In Poland, the town of Szamocin, which had defied an anti-migrant mood across the country to welcome Syrian refugees, has now retracted the invitation. Mayor Eugeniusz Kucner said on his town's website that "despite our sympathy for Syrian refugees, we cannot exclude that among them there will be terrorists."

A new anti-migrant government in Poland, which took office this week, is also deeply unhappy about the previous government's decision to accept 7,000 refugees as part of a European plan. New government officials vow that asylum applications will be scrutinized carefully.