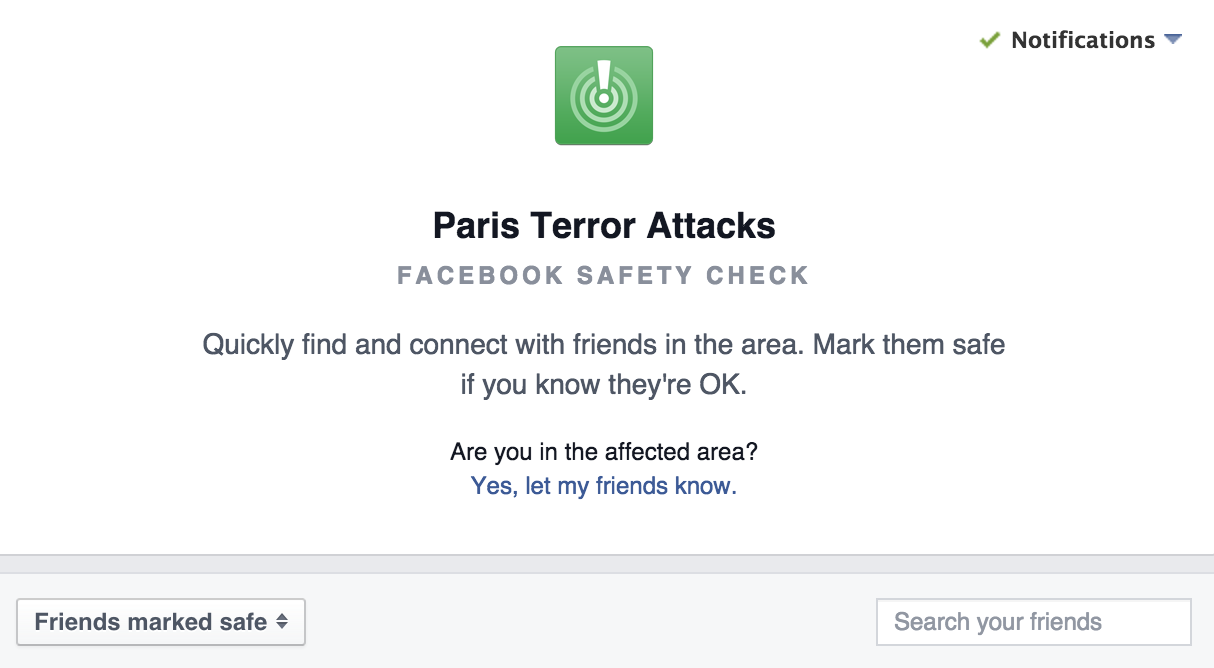 As France faces one of the deadliest attacks on the country in decades, thousands are turning to social media to check-in on loved ones in the area.

And many in the Paris-area are literally "checking in," using Facebook's "Safety Check" feature.

The Facebook feature prompts users who live in a "disaster area" to click an "I'm Safe" button, which notifies your friends that you're safe. It also allows users to search for friends who live in the area to see if they have checked-in.

Friday, Zuckerberg told users the feature would be enabled for the "Paris Terror Attacks."

"My thoughts are with everyone in Paris tonight," he wrote Friday. "Violence like this has no place in any city or country in the world. We've activated Safety Check, so if you're in Paris you can mark yourself safe or check on your friends and family."

Thousands of people commented on the post, thanking Zuckerberg for his help.

"Hello! I'm French and I live in Paris; thank you for your 'Safety Check'; it's a really good idea," one user commented.

"Thanks from Paris ... and for Safety Check too, very used and helpful currently for our friends, family and colleagues," another agreed.

While several turned to Facebook's "Safety Check," others started their own system on Twitter, using the hashtag #PorteOuverte.

Parisians are using the tag on Twitter to help those seeking safety from the deadly attacks.

People who have homes available are responding to those in need who use the hashtag to offer them a place to stay; they're encouraged to only use direct messaging to make arrangements.

So far, 493,00 people have used the hashtag -- and that number continues to grow by the minute.

"The concept of #PorteOuverte, the idea of people opening up their homes tonight to help strangers, is the best thought to go to bed on," one person tweeted.