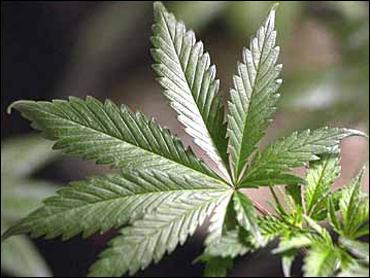 BEDFORD, Va. - A Virginia couple is suing their school district after their 11-year-old son was given a one-year suspension and charged in juvenile court for having a single marijuana leaf - that turned out not to be marijuana at all, CBS DC reported.

The case of Bedford County residents Bruce and Linda Bays began in September when school administrators were informed their son had marijuana at school and an assistant principal's search of his bag produced a leaf and a lighter, the Roanoke Times reports. The boy, who was enrolled in the gifted-and-talented program, was then suspended for one year, forced to enroll in the district's alternative program, evaluated by a psychiatrist for substance abuse problems and charged with marijuana possession in juvenile court.

But, CBS DC reports, months after the September incident, the couple learned the prosecutor dropped the possession charges because the "marijuana leaf" field-tested negative three times, since it was not pot.

The parents, both of whom are schoolteachers, filed a federal lawsuit against Bedford County School and the Bedford County Sheriff's Office with their son's initials listed as "R.M.B." The couple says the 364-day suspension and juvenile charges were brought based upon botched administrative procedures and potential targeting of their son.

And, the station says, the case has uncovered many of the school district's harsh penalties against "lookalike" and "imitation" drugs. The case filed Feb. 3 in Lynchburg doesn't ask for specific damages, but the parents' lawyer, Melvin Williams, says they "intend to see what a jury would say about that."

According to the boy's mother, Linda Bays, the 11-year-old has since become withdrawn from others, depressed, experiences panic attacks and fears he will never be accepted to college.

The assistant principal of the school allegedly told the couple a high-schooler had given the boy the leaf as a joke, although the boy has maintained he never knew it was there until he was searched. The Bays say they approached the assistant principal and the sheriff's office about the incident and were given a "farfetched" story.

"I asked, 'Can I see the leaf?' and the deputy said, 'No, it's already in evidence,' " Linda Bays told the Roanoke Times. "We have never seen the leaf. He's been out of school for six months." The parents also allege they weren't told that the field-test on the leaf was found to be negative three separate times by authorities.

"Essentially they kicked him out of school for something they couldn't prove he did," said Williams, the Bays' lawyer. "The field test came back not inconclusive, but negative, yet (the school) went to a magistrate and swore he possessed marijuana at school."

The school district's attorney, Jim Guynn, was quoted in a Roanoke Times article defending the zero-tolerance school rules, calling it "pretty standard policy across the Commonwealth." The district has cracked down on "imitation" drugs, often pursuing punishment as if they were authentic drugs. In 2011, four seventh-grade students in Chesapeake were suspended for bringing a bag of oregano into school.

The boy has been allowed to rejoin his classmates this week, but he will remain on strict probation until next September under the terms of the original suspension letter.