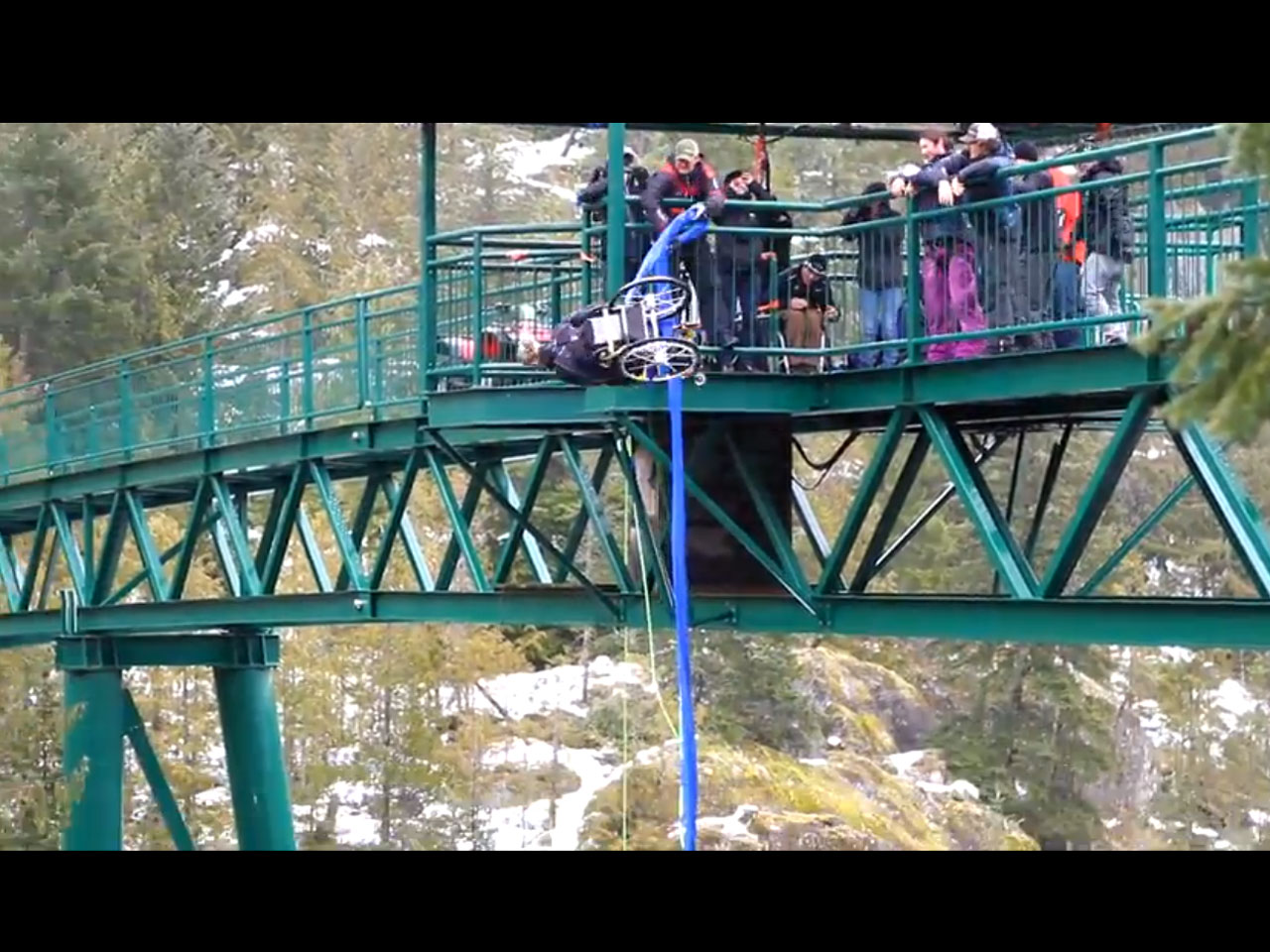 (CBS News) Christi "LynX" Rougoor loved racing her dirt bike, but when the Canadian native suffered a catastrophic motocross accident when she was 21 that confined her to a wheelchair, she needed to search "for that rush to replace what I have lost."

Enter wheelchair bungee jumping. A video of Rougoor being thrust off a bridge in Whistler, British Columbia has gone viral.

She made the 160-foot leap with a company called 9Lives Adventures, an organization that teams up "able and disabled extreme adventure seekers."

"Almost everyone who asks me about 9Lives Adventures wants to know, 'How does someone bungee jump if he or she is in a wheelchair or has physical disabilities?' 9Lives founder Karim Ladki, an "avid thrill seeker" who was nearly paralyzed with a neck injury and has since recovered, said on the 9Lives site.

Ladki says wheelchairs are very sturdy and bungee jumping while in a wheelchair actually keeps the body more steady than jumping without one and keeps the bloodflow from going to the jumper's head. Wheelchair jumpers also have a specific bungee cord tied to the axles of the wheelchair.

Judging by Rougoor's reaction, she enjoyed the trip. "First and definitely not the last time going bungee jumping in whistler, BC," she says in the video's caption on YouTube.