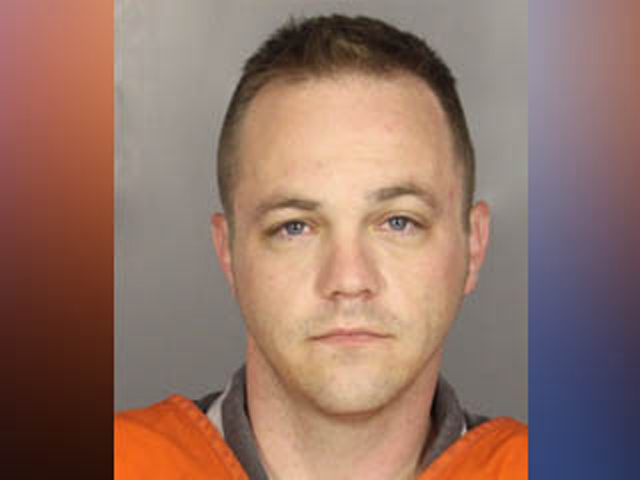 WEST, Texas Three days after a massive explosion at a Texas fertilizer plant, Bryce Reed climbed onto a coffee table at a local hotel where displaced families picked over donated sweatshirts and pizza. Wearing a navy blue shirt emblazoned with "West EMS," he gathered the crowd close.

"You're safe where you're at," said Reed, describing an anhydrous ammonia leak inside the rubble at the West Fertilizer Co. plant. "If you're not, I'd be dragging you out of here myself."

Hearty applause echoed in the lobby when Reed stepped down. But no one had asked Reed to come, and in a town swarming with federal and state investigators — who had handled all the official briefings and tightly controlled updates — a local volunteer paramedic was now talking about seeping tanks at the blast site.

And now there's a question of whether Reed was even still a paramedic in West at the time.

On Friday, the same day Reed was arrested on charges that authorities stressed had not been linked to the deadly blast, documents showed he had been "let go" from the town's emergency response squad the day before the hotel speech and just two days after the blast.

But investigators said they have not linked Reed, or the federal charge he's facing, to the blast that killed 14 people, including 10 firefighters and paramedics. Still, his arrest was drawing attention in part because in the days following the blast, Reed didn't duck attention in West.

He gave lengthy interviews to reporters, while other emergency responders didn't want to talk. At the Czech Inn along Interstate 35, his wife, Brittany, was a constant presence, always in motion organizing relief efforts and guiding the displaced to what they needed.

Reed was no longer part of West EMS on April 19, according to an email obtained by The Associated Press that was sent by a regional EMS organization, the Heart of Texas Regional Advisory Council, to the state health officials.

In an interview outside the Czech Inn on April 21, Reed talked about being sick and facing his own mortality. He said lost 60 pounds in five months, and that doctors couldn't pinpoint the source of his ailing stomach despite performing 26 biopsies.

He also described Cyrus Reed, one of the West firefighters who died in the blast, as his brother though the men weren't related. He said Cyrus Reed worked at Hunting Titan, which manufactured explosives in nearby Milford for oil and gas companies, and would have known the dangers of the ammonium nitrate and anhydrous ammonia inside the West plant.

When talking about what might have caused the blast, Reed fumed.

"I will avenge this. This will get right. I don't care what it takes. I will get square," Reed said at the time. "There's one thing about Texas, that Texans understand: People talk about law and order. Well, welcome to Texas. We believe in justice. I'm going to get my justice. Period."

Reed's full-time job was 60 miles away in Dallas, where Children's Medical Center of Dallas confirmed Friday that he had worked at the hospital as a paramedic since January. But on the career networking website LinkedIn, what appears to be Reed's personal page suggests an unusual job history.

For seven years, Reed purportedly worked as vice president of a music label that managed artists on tour. From 2000 through 2002, Reed said he was a systems analyst at the Federal Reserve Bank of Dallas. State health records show that Reed became a certified paramedic in 2005. Following Reed's arrest, the Department of State Health Services opened a regulatory investigation into Reed's license and removed him from the roster of the West EMS, spokeswoman Carrie Williams said.

On Friday afternoon in West, several of Reed's neighbors stood outside near his red brick duplex, a neighborhood less than a mile from the plant where some homes' windows remained boarded. They said they were shocked about his arrest.

Crystal Le Dane said he was a good neighbor who had changed her flat tire and sometimes gave medical advice about her children's minor injuries and rashes.

"I would say he's an everyday guy. I never saw a red flag," she said.

Reed grew up in suburban Dallas and said he had lived in West for 12 years. At the Czech Inn the weekend after the explosion, Brittany Reed pulled out her phone and played a video of what she said was the couple's young daughter playing with Cyrus just days before the blast.

Bryce Reed had credited Cyrus Reed for saving his life. Upon reaching the plant, Bryce Reed said, he saw Cyrus' truck, so he kept on driving because he was confident the firefighter could handle the call. Minutes later, the plant erupted in a fire ball.

When Cyrus' body arrived at a funeral home three days later, Bryce Reed said he stayed up all night holding him.

"I got to hug him for the last time. He got there at 9 o'clock last night and I was there until 4 in the morning, holding onto my brother," Reed said. "And telling him I'm sorry for everything that I did."