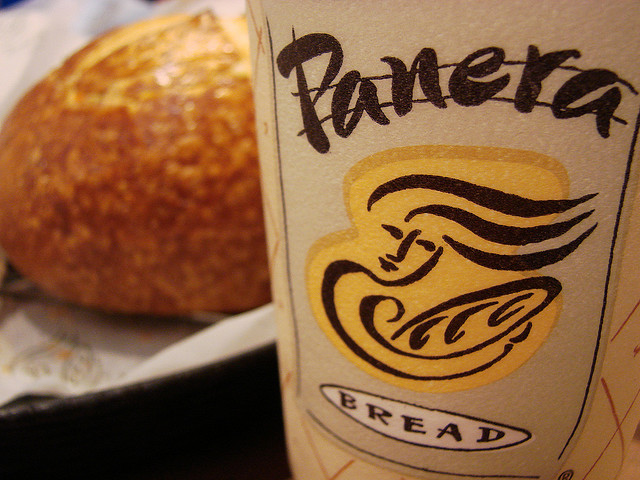 ST. LOUIS - Panera Bread is being acquired by Europe’s JAB Holding Co. for more than $7 billion.

JAB is better known for the growing stable of brands it owns or has a big stake in, including Peet’s Coffee & Tea, Caribou Coffee Co., Stumptown Coffee and Keurig Green Mountain and Krispy Kreme Doughnuts.

For days there have been rumors of a deal for Panera, with one of the companies reportedly interested being Starbucks Corp. (SBUX).

On Wednesday, the St. Louis sandwich and soup chain revealed that it was actually JAB, an investment fund based in Luxemburg and controlled by Austria’s billionaire Reimann family, that has quietly become a Starbucks rival.

“Our success for shareholders is the byproduct of our commitment to long-term decision making and operating in the interest of all stakeholders, including guests, associates, and franchisees,” said Panera founder and CEO Ron Shaich in a statement. “We believe this transaction with JAB offers the best way to continue to operate with this approach. We are pleased to join with JAB, a private investor with an equally long-term perspective, as well as a deep commitment to our strategic plan.”

The transaction, which includes approximately $340 million of debt, is expected to close in the third quarter. It still needs the approval of Panera shareholders. Once the deal is complete, Panera will become privately held company.

Shaich opened a Boston cookie store in the early 1980s and expanded to more than 2,000 bakery-cafes with annual revenue of $5 billion in sales.

Panera and other so-called “fast-casual” restaurant chains, such as Chipotle, have grown quickly in recent years as Americans have cut down on their consumption of fast-food in favor healthier fare.

To drive growth, the company has recently expanded into catering and delivery, as well as selling branded products. It also has introduced technology that lets customers place orders from their mobile devices ahead of time to avoid waiting in line. As part of the same tech initiative, restaurant patrons can also place a mobile order from their table.