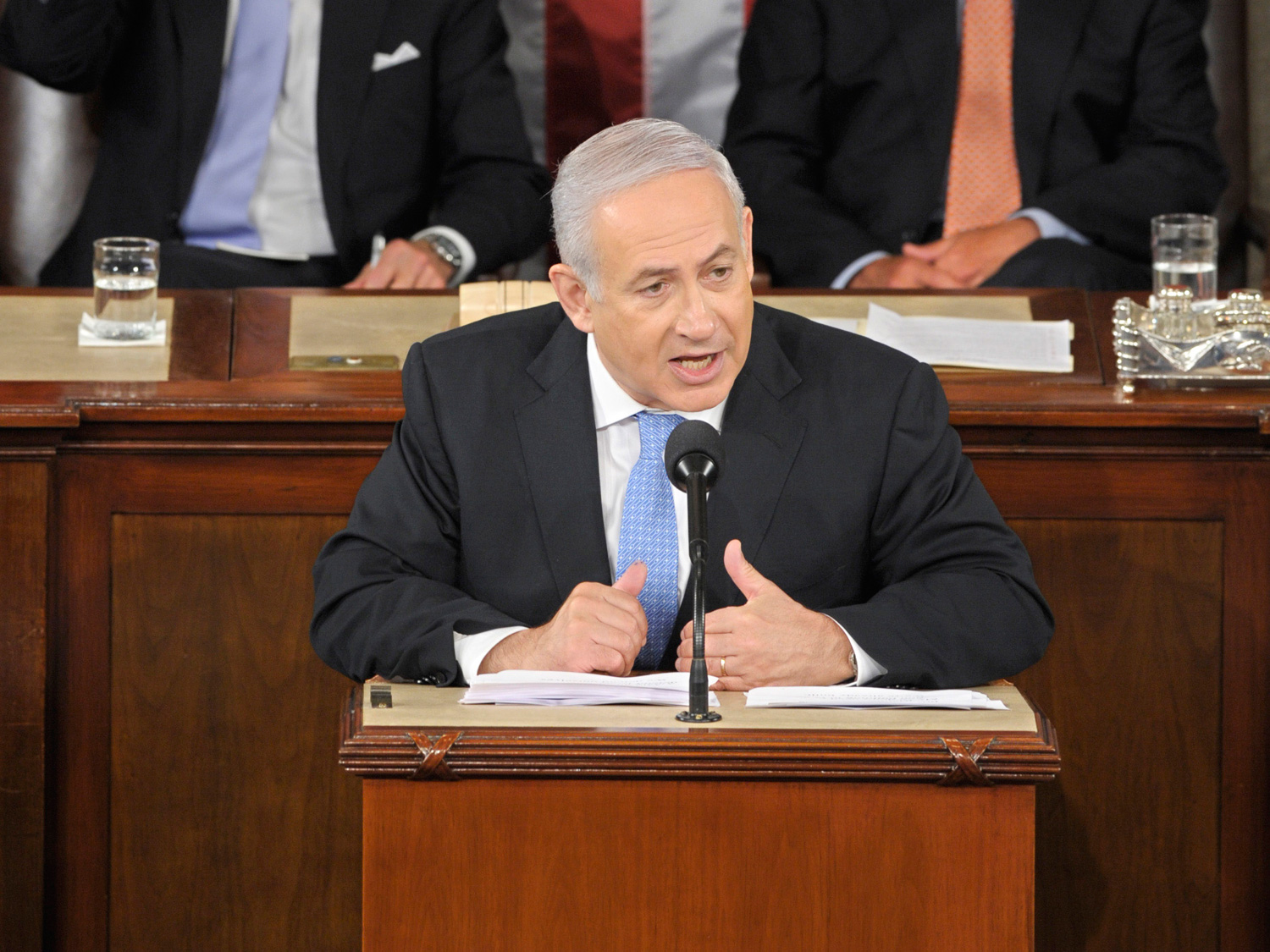 RAMALLAH, West Bank - Israeli Prime Minister Benjamin Netanyahu's parameters for a peace deal, outlined in a speech to the U.S. Congress on Tuesday, fell far short of what is needed to resume negotiations, Palestinian officials said.

Nabil Shaath, an aide to Palestinian President Mahmoud Abbas, said Netanyahu's insistence on keeping key parts of the territories the Palestinians want for their state is a "declaration of war against the Palestinians."

The Palestinians want to establish their state in the West Bank, Gaza and east Jerusalem, areas Israel captured in the 1967 Mideast war. They have said they are ready for minor border adjustments through land swaps, to enable Israel to annex several of the largest of the dozens of Jewish settlements it has built on war-won land since 1967.

Netanyahu said Tuesday that he is willing to make "generous" territorial concessions, but also told Congress that Jerusalem must remain united as Israel's capital and that Israel wants to keep key areas of the West Bank where tens of thousands of Jews have settled, as well as areas of strategic importance.

Abbas is set to meet with leaders of the Palestine Liberation Organization and his Fatah movement on Wednesday to discuss their next move. The Palestinians have developed an alternate strategy to moribund negotiations, largely on hold since 2008, and have said they will seek U.N. recognition of their state in September.

In two policy speeches in recent days, President Barack Obama said that the pre-1967 war line must serve as the basis for negotiations, while allowing for mutually agreed land swaps. The Palestinians have said negotiations can resume only if Netanyahu commits to that principle and halts settlement construction.

"What Netanyahu said in his speech tonight is a clear rejection of the suggestions of President Obama concerning the borders of 1967," said Abbas spokesman Nabil Abu Rdeneh. "Actually, what he did is that he put more obstacles in the path of peace."

In Gaza, the Islamic militant Hamas was equally critical. "Netanyahu denied us all our rights," said Sami Abu Zuhri, a spokesman. "We must work to adopt an Arab and Palestinian strategy based on the right of resistance."

In his speech, Netanyahu demanded that Abbas tear up his recent reconciliation agreement with Hamas, which seized Gaza four years ago and refuses to recognize Israel.

Under the unity deal, the two sides are to forge a transition government until elections are held. Abbas has rejected criticism of the deal, saying he would set policy and that the transition government would consist of independent professionals, not politicians from either Hamas or Fatah.

Netanyahu's speech also drew criticism from some quarters in Israel. Jewish settlers reacted angrily to Netanyahu's willingness to cede parts of the West Bank, while the centrist opposition said Netanyahu offered nothing new to promote peace efforts with the Palestinians.

Dani Dayan, head of the West Bank settlers' council, said he "really did not like" Netanyahu's admission that some settlements will be outside Israel's final borders. "I console myself with it being theoretical because of course nothing will grow from this move," he told Israel's Channel 2 TV.

Speaking on the same program, Shaul Mofaz, a leading member of the centrist opposition Kadima Party, said Netanyahu "just said over and over again that he doesn't intend to do anything, he does not have a plan and doesn't intend to reach an agreement."

He warned that Netanyahu is "bringing us toward conflict" and said Israel would be best off holding new elections.

As a former U.N. Ambassador, Netanyahu knows that the crisis will deepen if negotiations do not begin before September, when the Palestinian leadership intends to rally world leaders to vote for either an upgrade of its status to observer state or to invoke one of several General Assembly procedures to show diplomatic support for Palestinian membership in the U.N., in order to pressure the U.S. and Israel to return to negotiations, CBS Foreign Affairs Analyst Pamela Falk reports.

It was Israel's Defense Minister who called the Palestinian work at the U.N. a potential "diplomatic tsunami."