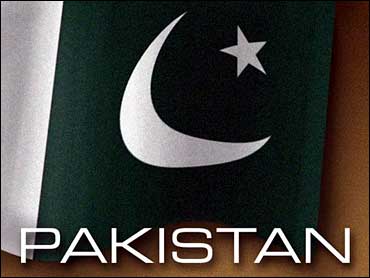 Gunmen ambushed the motorcade of the top government official in Pakistan's southwestern Baluchistan province on Monday, killing a policeman and injuring two other officers, police and security officials said.

"He is safe. He was returning from Khuzdar to Quetta," said Abdur Rauf Khan, the top security official in Baluchistan province. He said one man was arrested after the shooting.

The attack occurred on a road near Khuzdar, a town in Baluchistan that had been the scene of an earlier attack on army soldiers, said Tariq Javed, the local police chief.

There was no immediate word on a motive, but it seemed unlikely to have any links to international terrorism. Pakistan's prime minister-designate survived an assassination attempt on Friday that has been blamed on al Qaeda.

Yousuf was returning from a visit to the site of an ambush Sunday on Pakistani troops in Khuzdar. Five soldiers and a civilian driver were killed in that attack.

A man claiming to speak for a little-known group calling itself "Baluchistan Liberation Army" had claimed responsibility for the attack on the soldiers and warned the government not to set up new army garrisons in Baluchistan, a southwestern province of which Quetta is the capital.

In separate telephone calls to several newspapers in Quetta, the group's purported spokesman, Mir Azad Baluch, warned of new attacks if the government did not scrap plans to build new army bases.

Meanwhile, police have arrested some people in connection with the assassination attempt on Shaukat Aziz, the country's prime minister-designate, by a suicide bomber in Fateh Jang town, about 35 miles southwest of Islamabad.

Authorities have not disclosed whether those arrested are suspects in the attack.

Aziz was in Fateh Jang to campaign in a local by-election for a seat in the lower house of Parliament, which he needs before he can become prime minister.

He has been tapped by President Gen. Pervez Musharraf to take over as prime minister from Chaudhry Shujaat Hussain, who was temporarily installed when Zafarullah Khan Jamali resigned following tensions with Musharraf.

Pakistani police also arrested two suspected Islamic militants and seized weapons after a shootout on the outskirts of an industrial city in eastern Pakistan, a senior police official said Monday.

He said the suspects were in a car and opened fire on police when they were asked to stop for a check after police received a tip-off. "The exchange of fire continued for some time, and later we arrested them," Azeez said.

The men had received military training in Afghanistan, Azeez said.

"Initially we thought they are only robbers, but later investigations showed that they were members of an outlawed militant group," he said. He wouldn't identify the group.

Another security official said on condition of anonymity that the suspects were committing robberies to get money for their group. He gave no other details.

Gujranwala is a major manufacturing center for sporting goods and surgical equipment.

Also on Monday, a suspected militant surrendered to police in the southern city of Karachi, an official said.

Identified as Rashid Swati, the man was suspected of having links with Lashkar-e-Jhangvi, an outlawed extremist Sunni Muslim organization that has been blamed for deadly attacks against members of the minority Shiite sect in Pakistan.

Swati had been a fugitive for two years and was wanted for still undetermined charges, Khan said.

In the past, Karachi, Pakistan's main port and largest city, has been the scene of sectarian violence blamed on extremist Sunni and Shiite outfits.