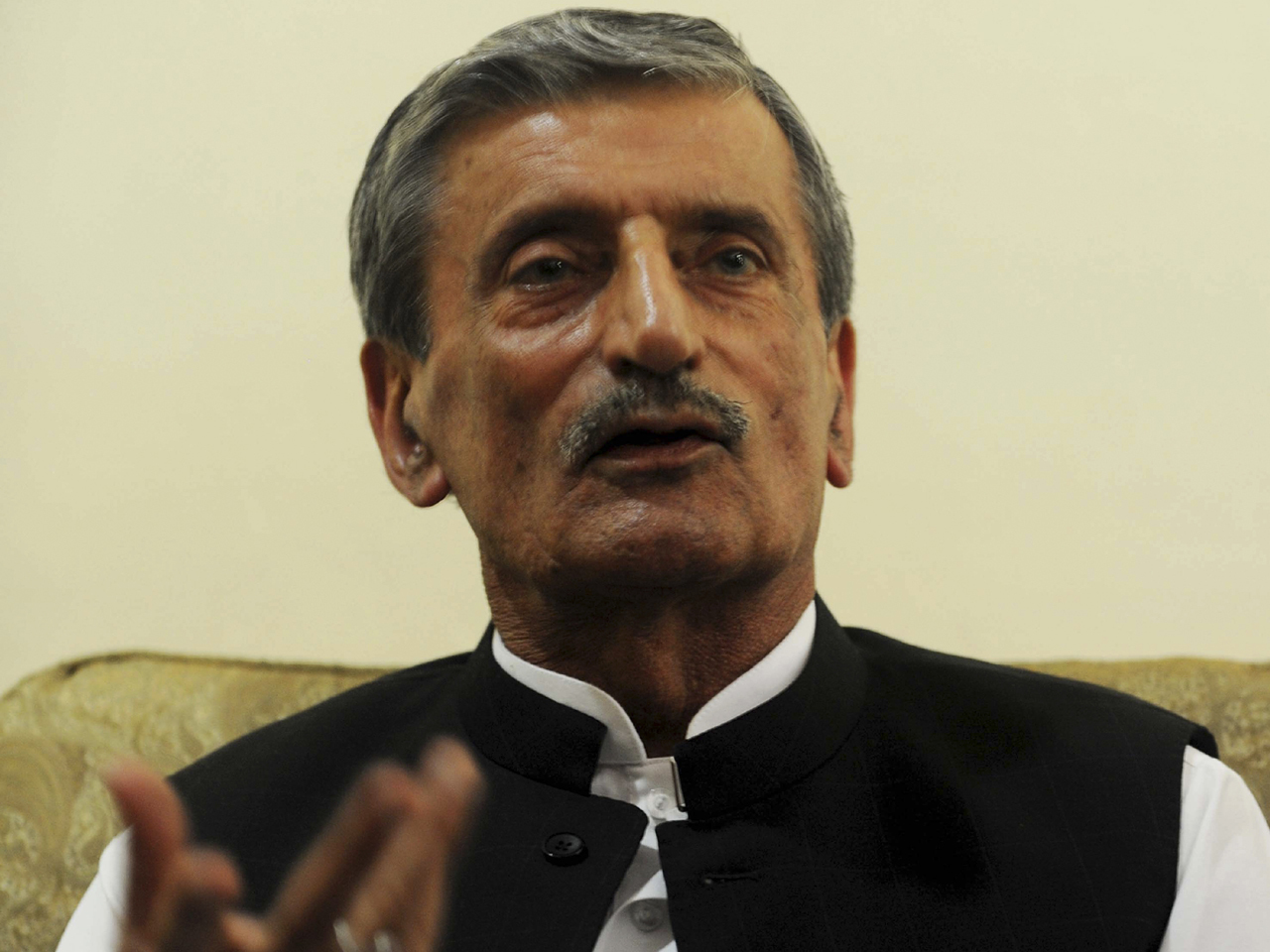 (CBS News) ISLAMABAD - Pakistan's government sought to distance itself Monday from a government minister who offered $100,000 of his own money to anyone who would kill the maker of a vitriolic anti-Islam video, produced in the U.S., which has sparked violent protests across the Muslim world.

The remarks on Saturday by Haji Ghulam Ahmed Bilour, the nation's minister of railways, put President Asif Ali Zardari in an awkward position and have been disavowed by government leaders, but they were welcomed by many Islamic hardliners in Pakistan, highlighting the deep divide in the south Asian country.

Just hours after Zardari landed in New York to represent Pakistan at the annual United Nations General Assembly, a statement by the foreign ministry in Islamabad made it clear the bounty offer reflected Bilour's "personal view and had nothing to do with the official policy of the government of Pakistan."

Embarrassed government officials said Bilour's remarks isolated him from other politicians in his Awami National Party (ANP) - a nationalist group with a long history of pursuing secular causes.

"The minister's statement wasn't a well thought out policy statement. It was made in a state of rage," Naveed Chaudhary, an aide to President Zardari, told CBS News.

Pakistan does have a law against inciting violence, but asked whether Bilour was likely to face arrest for his comments, Chaudhary said the bounty offer, "did not specifically name the individual. They were made simply against whoever made the film, but did not give a name. The legal basis for any follow-up remains very weak."

Legal experts say, however, that Bilour is likely to go unprosecuted due to a lax application of laws in Pakistan, rather than the weakness of the case itself.

"The laws exist against any incitement to murder, but we have a very weak history of enforcing these laws," explains Asma Jehangir, a prominent Pakistani human rights lawyer and campaigner.

Laws are used to prosecute people in Pakistan largely along populist lines, and on the streets of Islamabad, Bilour's remarks were embraced by many ordinary Pakistanis.

"If Bilour has offered this reward, he has become more respectable in my eyes," Siddique Malik, a bicycle repairman who joined recent protests against the controversial video tells CBS News. "It only takes a brave man to do what Ghulam Ahmed Bilour has done."

"Ghulam Ahmed Bilour has taken a principled stand," agrees Ayesha Bibi, a housewife in the Pakistani capital. "The problem is that countries like the United States allow people like those who made the controversial film to hurt the feelings of Muslims. Why has the U.S. not prosecuted those who made the film?"

Western diplomats in Pakistan - a vital U.S. ally as the war in neighboring Afghanistan draws down, and the world's only Islamic country with nuclear weapons - say the violent protests over the video highlighted the growing chasm between hardliners and moderates in Pakistani society.

"While minister Bilour clearly went overboard, Pakistan's rulers are up against a difficult challenge; they have to reconcile with hardcore Islamists demanding an extreme reaction to the film, and the government must also reconcile with its foreign audience," a senior Western diplomat, who asked not to be identified, tells CBS News.

The diplomat says President Zardari, "will probably get an earful from the U.S. side" during his visit to New York. "But put yourself in Zardari's shoes and ask the question, what can you do? If he sacks the minister, there will be outrage from Islamists, but if he simply tries to carry on as before, countries like the U.S. will be unhappy."