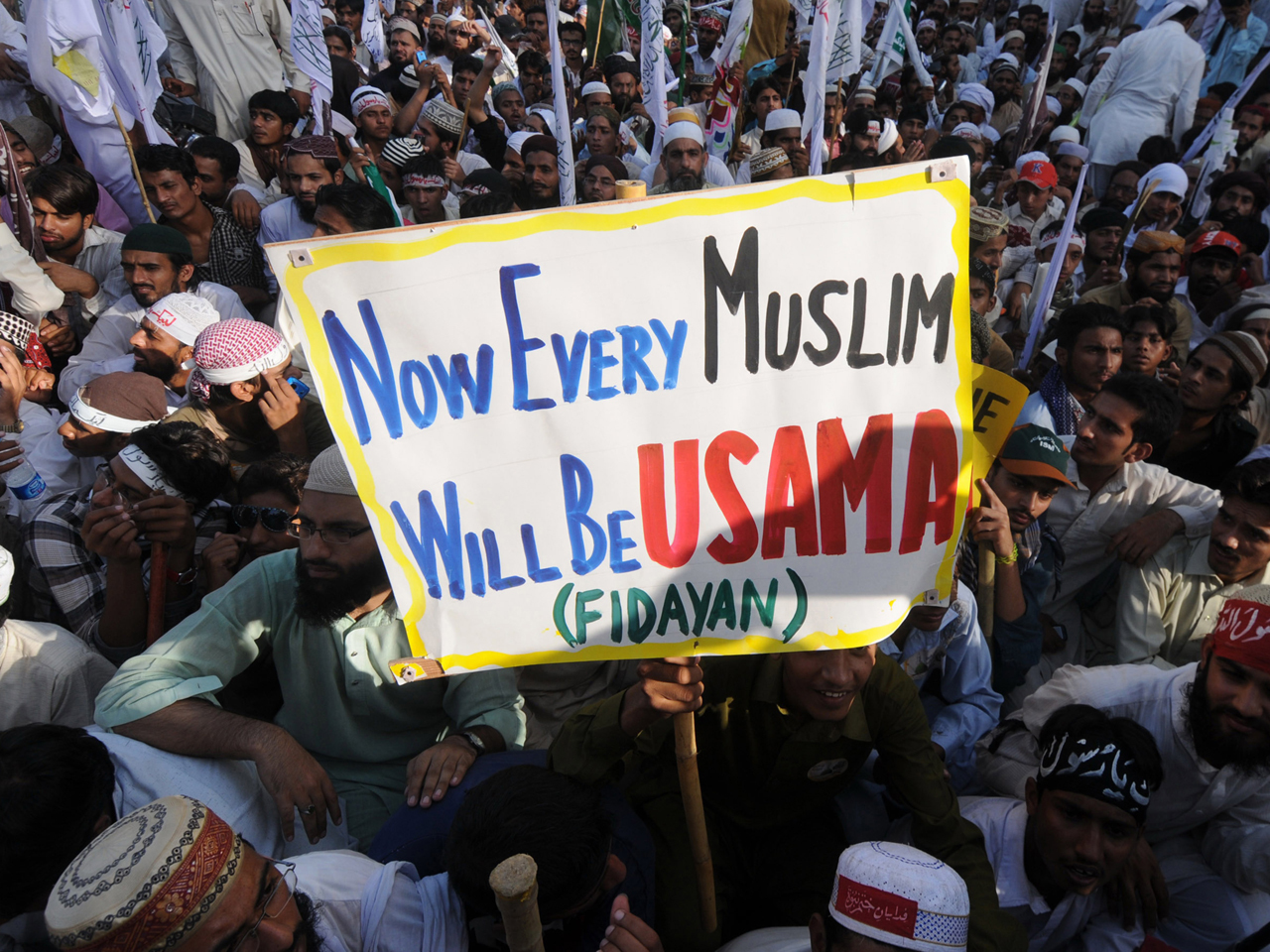 (CBS News) While the Pakistani government made attempts to cool popular protests ignited by the dissemination of a video mocking the Prophet Mohammad, a Pakistani official and a cleric are offering bounties for the death of the creator of "Innocence of Muslims."

On Saturday Ghulam Ahmad Bilour, Pakistan's Minister for Railways, announced he would personally pay $100,000 to anyone who kills the film's director.

Shortly after announcing the bounty, however, a spokesman for Pakistan's foreign minister tried to distance the government from it. The spokesperson said that it was "representative of Mr. Bilour's personal views and had nothing to do with the official policy of the Government of Pakistan."

Nakoula Basseley Nakoula, a 55-year-old California-based Coptic Christian, is the man federal authorities have said is behind the film, though he has only acknowledged publicly that he was involved in management and logistics. He has a criminal record that includes drug and check fraud convictions, and he has been in hiding since leaving his suburban Los Angeles home last weekend.

Bilour referred to Nakoula as a "blasphemer" and "sinner" who has "spoken nonsense" about Mohammad.

"I invite the Taliban brothers and the al Qaeda brothers that they should join me in this sacred mission.

Bilour also said that, if the U.S. government were to turn the filmmaker over to him, "I am willing to kill him with my own hands, even if I am hanged for it later on."

The Pakistani government officialy said it "absolutely disassociated" itself from the bounty offer, Sky News reports.

Yet on Sunday, Mufti Mohammad Yousuf Kasuri, chief of Jamiat Ahle Hadith Party for Sindh Province, added his own reward of approximately $105,000 "for the one who will hand exemplary punishment to the blasphemer."

The cleric made the announcement of the 10-million-rupee reward during a rally in Karachi against the film.