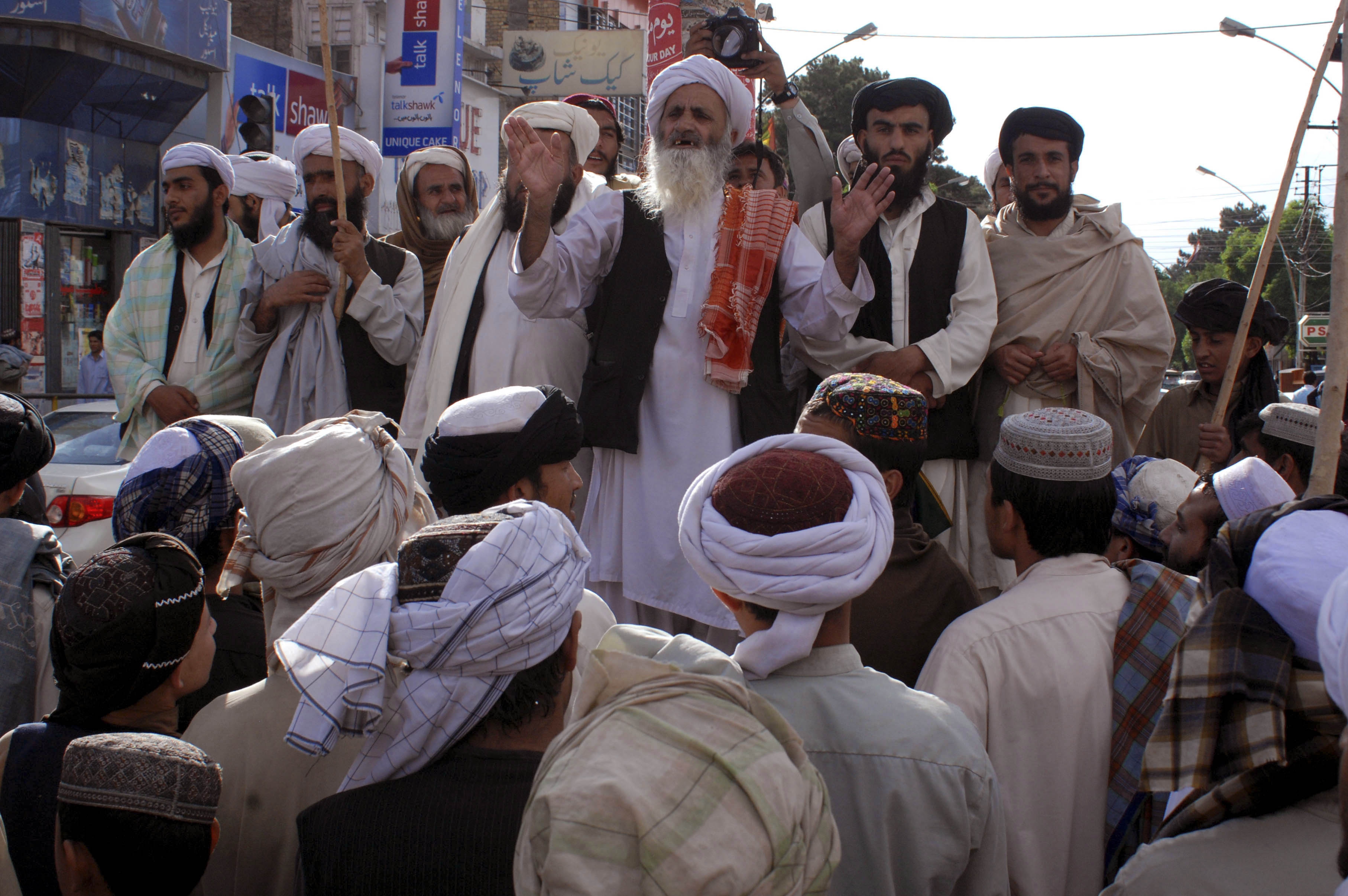 Osama bin Laden's death has Congress pointing fingers at Pakistan and many in the Obama administration expressing thinly veiled exasperation. But it probably won't mean the breakup of a marriage of convenience that is maddening to both the U.S and nuclear-armed Pakistan. The alternative would be worse.

The commando raid Monday on bin Laden's comfortable house deep inside Pakistan exposes a stark truth that bodes ill for the decade-long U.S. strategy to coax greater cooperation from its wavering counterterrorism ally and bankroll its weak leaders: Pakistani officials tolerated or helped the biggest-ever mass murderer of Americans or were so inept that he lived for years right under their noses.

Shamefaced Pakistani authorities say it is the latter, but some in Congress are already clamoring to cut or eliminate the nearly $1.3 billion in annual aid to Pakistan. And the Obama administration may be tempted to opt for more go-it-alone operations.

Through either complicity or incompetence, Pakistan's failure to do anything while the al Qaeda mastermind spent up to six years in a conspicuously oversized villa near a military academy raises alarming questions.

For it's part, Pakistan's military acknowledged Thursday there were "shortcomings" in their efforts to locate bin Laden, but also said that American military personnel in the country will be reduced to the "minimum essential" levels. The army also said that it would review the country's ties with the U.S. in the event of further unauthorized raids.

U.S. officials have griped for years about fringe elements of Pakistan's military and intelligence establishment who've aided the Taliban and other militants using the country as a rear base to launch attacks on American and Afghan forces over the border in Afghanistan. But the government has been seen as a committed partner against al Qaeda, and thousands of Pakistanis have died at the hands of bin Laden's group.

The Obama administration is investigating. Any evidence that points to Pakistani support for bin Laden or his terrorist network would amp up the pressure in the U.S. to cut off military and civilian assistance for President Asif Ali Zardari's fragile government.

Neither government wants that. The U.S. needs Pakistan's assistance to fight bin Laden's followers and exit from Afghanistan; Zardari's government fears overthrow from an emboldened Islamist opposition if it loses its American backing.

Speaking at a diplomatic conference in Rome, Secretary of State Hillary Clinton maintained the U.S. must remain engaged with Pakistan.

"It is not always an easy relationship," she said. "But on the other hand, it is a productive one for both of our countries and we are going to continue to cooperate between our governments, our militaries, our law enforcement agencies."

Members of Congress are divided for now on Pakistan, with some lawmakers saying the death proves that Pakistan has been playing a double game all along — supporting U.S. enemies on the theory that it might one day need them — and others calling for more U.S. engagement to expand the fight against terrorism. The prevailing idea seems to be to press the U.S. advantage while Pakistan's military might be more motivated to demonstrate its resolve.

"There are so many questions about Pakistan. Look, any country that [holds] as its hero Dr. A.Q. Kahn, the man who sold the nuclear bomb to North Korea, soemthing's wrong there," Sen. Charles Schumer, D-NY, said on "The Early Show" Thursday.

"I think we have to pay more attention, not less, to Pakistan," Schumer continued. "I would guess that our number one foreign policy problem over the next 10 years will be Pakistan. It's nuclear. It's poor. It's ethnically divided and it's never had good leadership."

The bin Laden operation has revealed the shifting ground: The Obama administration trusted its partner so little that it only told the government of the military incursion when it was over. And in a statement Tuesday, the Pakistani government warned that an "unauthorized unilateral action cannot be taken as a rule," calling it a "threat to international peace and security." It has made clear that it had nothing to do with the operation.

"We have a complicated but vital and important relationship with Pakistan," Carney said. "We don't agree on everything, but their cooperation has been essential in the fight against al Qaeda."

Pakistan's government is clearly embarrassed, though it insists that it was ignorant of bin Laden's whereabouts. The Zardari government and the Pakistani military are balancing a response that answers domestic anger at perceived U.S. high-handedness yet avoids focusing too greatly on violated sovereignty so they don't feed that anger or make it appear they are courting those aggrieved by bin Laden's death.

That also could partly explain Mr. Obama's decision Wednesday against releasing bin Laden's death photos, saying their graphic nature could incite violence. "There's no need to spike the football," he said in an exclusive interview Wednesday with "60 Minutes".

But the problems with Pakistan aren't likely to go away — especially if the U.S. gathers intelligence that more top terror suspects such as new al Qaeda No. 1 Ayman al-Zawahri, the Taliban's Mullah Omar or militant Siraj Haqqani are hiding there. U.S. officials said this week they suspect that al-Zawahri is in Pakistan, and the others have long been assumed to use the country as a haven to attack U.S. forces in Afghanistan.

"Al Qaeda hasn't abandoned its intent to attack the United States," he said. "This is an ongoing armed conflict, and we believe that the United States has authority under international law to use force to defend itself when necessary."

Washington has clung to an uneasy, post-9/11 consensus spanning Republican and Democratic administrations and Pakistan's transition from dictatorship to military-backed democracy.

Pakistan is an unreliable partner but one worth holding onto, the thinking goes. No cooperation on fighting the Taliban and al Qaeda is a far scarier notion than the half-hearted assistance Islamabad sometimes appears to offer. Pakistan is key to ending the war in Afghanistan and bringing American soldiers home. Letting the weak government wobble too much is unacceptable because that could allow Islamist radicals to get their hands on Pakistan's nuclear weapons.

"That won't change until the U.S. forces in Afghanistan are gone," said Gilles Dorronsoro, a South Asia expert at the Carnegie Endowment for International Peace.

Pakistan will have to play a significant role brokering a political solution to the violence in Afghanistan, reconciling the Taliban with President Hamid Karzai's U.S.-backed government, he said. And while the U.S. succeeded in killing bin Laden on its own, it will surely need Pakistan for future operations.

Some analysts weren't so sure, seeing in bin Laden's killing the recovery of a lost American swagger, the feeling in the United States after 9/11 that al Qaeda's defeat was inevitable — with or without Pakistan's help.

"I wouldn't mind if this were seen as a precedent," said Daniel Markey, senior fellow at the Council on Foreign Relations. "It shows we mean business."