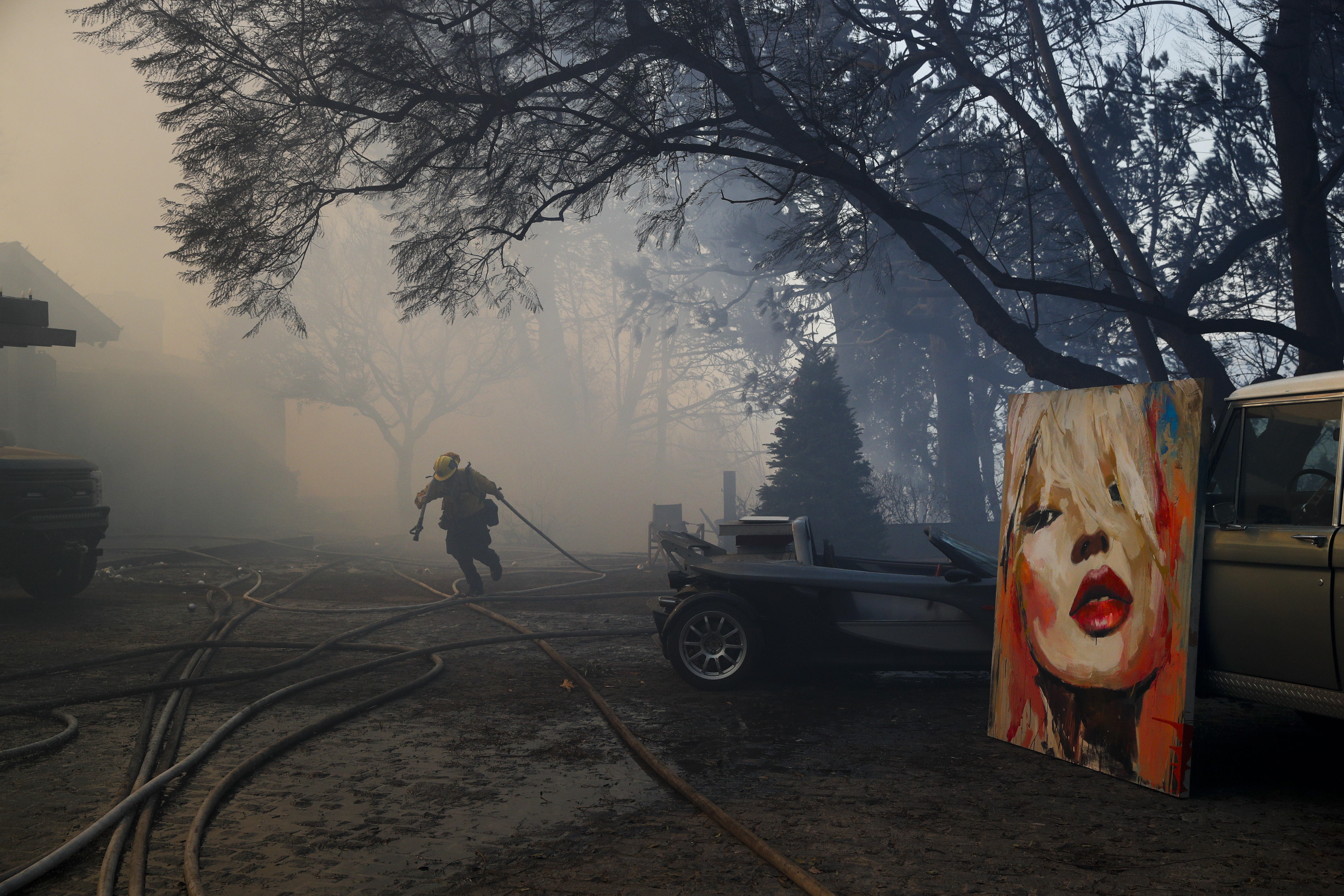 STUDIO CITY, Calif. -- After a Bel Air mansion burned to the ground, one artist was touched that firefighters were able to save his prized painting, CBS Los Angeles reports.

A photo of the painting against the backdrop of the home that was destroyed has gone viral.

CBS Los Angeles' Brittney Hopper spoke to the world-renowned painter, Daniel Maltzman, who is based in Los Angeles. He was watching fire coverage closely and then saw the photograph, which shows thick black smoke in the background, a home burned to the ground and a firefighter pulling a hose. It also shows his painting, unharmed.

Maltzman is very private about who his clients are, only saying they are some of the world's most elite art collectors, as well as A-list celebrities. He won't even disclose how much his paintings sell for, but they start in the thousands.

He said his paintings are his babies.

"My paintings mean a lot to me and when I saw that it meant a lot to somebody else -- made me almost cry," he said. "But to get that kind of feeling that somebody cared that much about that painting -- I was taken."

After seeing the photograph, he says he immediately contacted his client to make sure everyone got out safely. He says that's what most important.

"Thank God that these people are okay and thank God that we have these firefighters saving us and helping us and doing this job that is very, very difficult," Maltzman said.

The painting that was saved also has special meaning to Maltzman. It's on all of his business cards and the model, Kate Moss, was his muse.