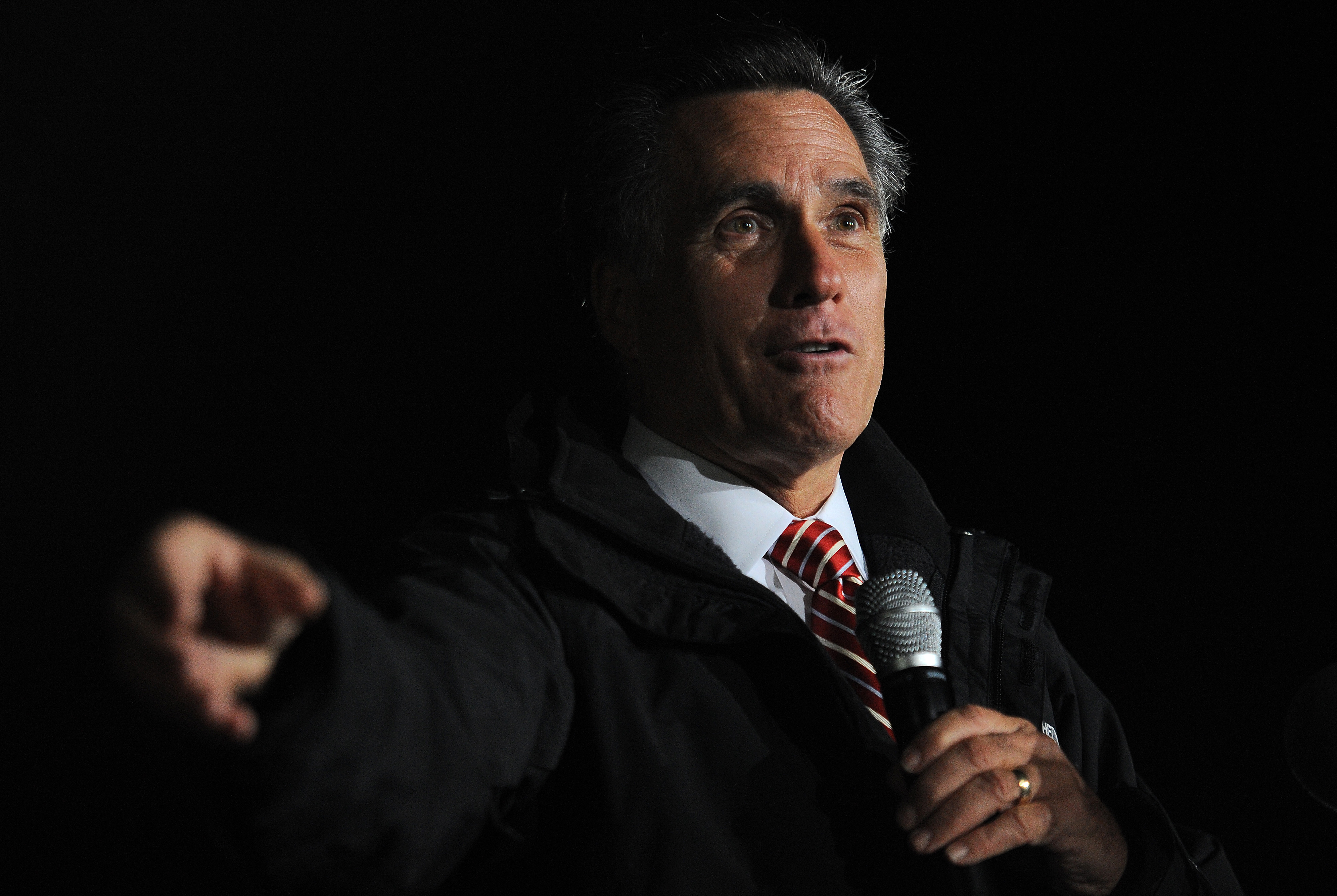 KING OF PRUSSIA, Pa. If Mitt Romney were to make a last-minute move to expand his electoral map, Ground Zero for that effort likely would be here amid the suburban sprawl of Montgomery County, outside of Philadelphia.

But as about 20 Obama campaign volunteers gathered Thursday night for another evening of phone-banking, there was little concern among the Democratic partisans inside Dave Hopkins' actuarial office just off of the Pennsylvania Turnpike.

Confidence about the president carrying Pennsylvania has always been high here, as he has not trailed in a single state poll since February and leads Romney by 4.8 percentage points in the latest RCP Average.

But there is added reason for Obama's Keystone State legions to feel optimistic with just a week and a half to go until Election Day: The Romney camp has not aired a single TV ad in Pennsylvania, and the former Massachusetts governor has not set foot here in a month.

"If he thought he could win, Romney would be doing something really strong here, and he's not," said Cindy Bellamy, the local neighborhood team leader for the Obama campaign. "And that's because he doesn't have any hope."

But Mary Isenhour, a longtime Democratic strategist in the state, said the GOP nominee's campaign here has been as quiet as she has ever seen one at this stage of the game. Isenhour did not even feign concern that a last-minute Romney blitz could close the gap.

"This is a really big state with a whole lot of people in it," she said. "You can't drop 60 or 80 people here, even with three or four weeks, and expect to deliver anything. It just doesn't work that way."

But Republicans insist they see glimmers of hope both here and in Michigan -- Romney's birth state and another potentially inviting late target, where he trails by an even smaller margin of 4 percent in the latest RCP Average.

In a phone interview on Friday, Priebus noted that public polls showed both states trending in the challenger's direction.

"The one thing to keep in mind in Michigan and Pennsylvania is we have spent boatloads of money on the ground here," Priebus said. "I mean, we've got victory centers everywhere here, we've spent millions on mail, volunteers. So the amount of money we're spending in Pennsylvania and Michigan is probably more money than we've spent in '08 and '04, so we're already committed here. The question is how much more do you go on the air, and I think that's a question we're going to answer in the next few days, obviously."

Priebus said there was still "plenty of time" to decide on an ad blitz in Pennsylvania and Michigan -- especially the former, where over 90 percent of voters are expected to cast their ballots on Election Day.

"Our best opportunity is if Obama takes this state for granted," Anuzis said. "There are too many underlying factors which could potentially bring a Romney upset in Michigan. I don't think it's as predictable as it's traditionally been."

Money certainly isn't what's holding Romney back. His campaign and affiliated committees now have just 10 days to spend the approximately $169 million they said was on hand as of Thursday.

Privately, several national Republican figures believe that Pennsylvania poses a more inviting target, in large part because of the popularity in Michigan of the president's 2009 bailout of the auto industry, which fuels the state's economy.

With so much money in the bank and so little time left to spend it, there is ample reason to believe the Romney team is seeking new places in which to invest heavily down the stretch, if only to provoke a reciprocal response from the opposition.

That tactic appeared to work on a small scale Friday when the Romney campaign began purchasing TV ads in Minnesota, which has long been considered out of reach for the Republican. Within hours, the Obama camp reacted with a Minnesota advertising campaign of its own.

An Obama campaign source downplayed the incumbent's Minneapolis ad buy as "very small" and said it was targeted primarily at voters in neighboring Wisconsin -- a tossup state. An ad tracking source said the buy was for over $500,000, however, which is not an insignificant sum.

But the very fact that the Romney move prompted an Obama countermove lends credence to the idea of a similar dynamic transpiring in Pennsylvania.

"You buy TV when you want to move numbers, and in this case we didn't have to buy TV to move numbers," said Pennsylvania GOP strategist David James. "We're moving numbers without it. I think the Obama campaign probably needs to think about why they're not there to save it."

James said he was particularly encouraged by anecdotal evidence of Romney's emerging strength here in Montgomery County, a onetime Republican stronghold that has backed the Democratic nominee in each of the last five presidential elections.

If Romney were to make a serious play in the state, among his most pressing tasks would be reversing that trend in the county, which was a major reason Obama won Pennsylvania by a comfortable 10-point margin in 2008, despite John McCain's robust efforts to contest it.

"Most of us feel, and I feel, that this is a state that was up for grabs, but if Romney's not advertising, that leads one to think this is going to Barack Obama," said Pennsylvania political analyst Jon Delano. "A Republican must contest and must win suburban Philadelphia, and believe me, it's winnable. In the year 2000, Al Gore carried suburban Philadelphia, and so did Rick Santorum. That's political schizophrenia, but it happened. But it doesn't happen unless you contest it."

While the opportunity for Romney to so do remains apparent, the argument against such an attempt it is just as clear.

If Romney were to win Pennsylvania in an upset, this line of thinking goes, that result suggests that he would have already locked up the presidency by notching sweeping victories in the battlegrounds where the candidates have spent most of their time; Pennsylvania is unlikely to be the decisive state in a close election, so why devote additional resources to a prize that would only amount to electoral gravy?

Even with so much money in the bank, after all, investing significantly in an attempt to close a four-point gap would come at a cost in places like Ohio, Virginia, and Iowa.

For the time being, at least, the Romney campaign appears content to leave the Pennsylvania arrow in its quiver. But as Friday's punch and counterpunch over the Minnesota airwaves demonstrated, it wouldn't take long for a strategic shift to be implemented.