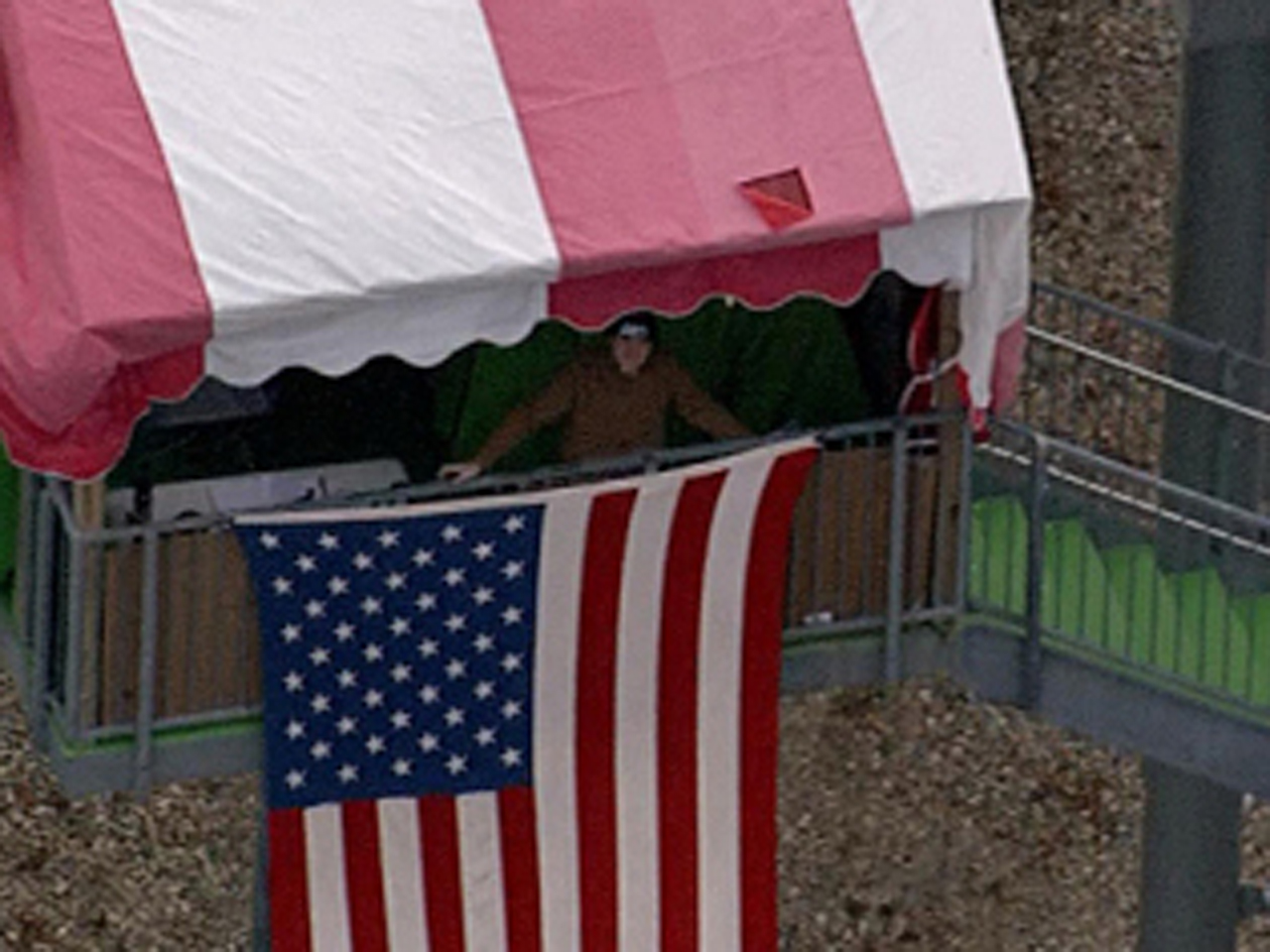 Kevin Dumont has chained himself to the top of the water park slide tower in what he calls a "last ditch effort" to save the park from shutting down for good.

"The bank has foreclosed on me and is auctioning the property on December 2nd so I am staying up here to try and save it," Dumont wrote on Facebook.

The state ordered the water park shut down immediately in August after the Department of Environmental Services found high levels of bacteria and fecal contamination in the water. The department also found that the park opened its Speed Slides, two 40-foot vertical drop slides, without design approval from the agency.

"We opened in 2008 and the problem was that we had two rainy years, and the economy just collapsed," Dumont told WBZ-TV. "We've never been able to get out of that hole."

Dumont encouraged the public to spread the word and help him keep the water park open.

"I am not looking for a handout but rather a person, group of people or a company that would partner with me, pay off the bank and save yet another small business from failing," he wrote.

"We need a million and a half (dollars) to get rid of all the debt," he told WBZ-TV.

Enterprise Bank, which financed the loan, put out a statement saying, "We wish Dumont luck as he gets through this difficult time."

He assured the public on Facebook that he is not crazy but plans to stay up there "24 hours a day." He's sleeping in a tent at the top of the slide.

"It's very beautiful up here but also pretty lonely," he wrote.