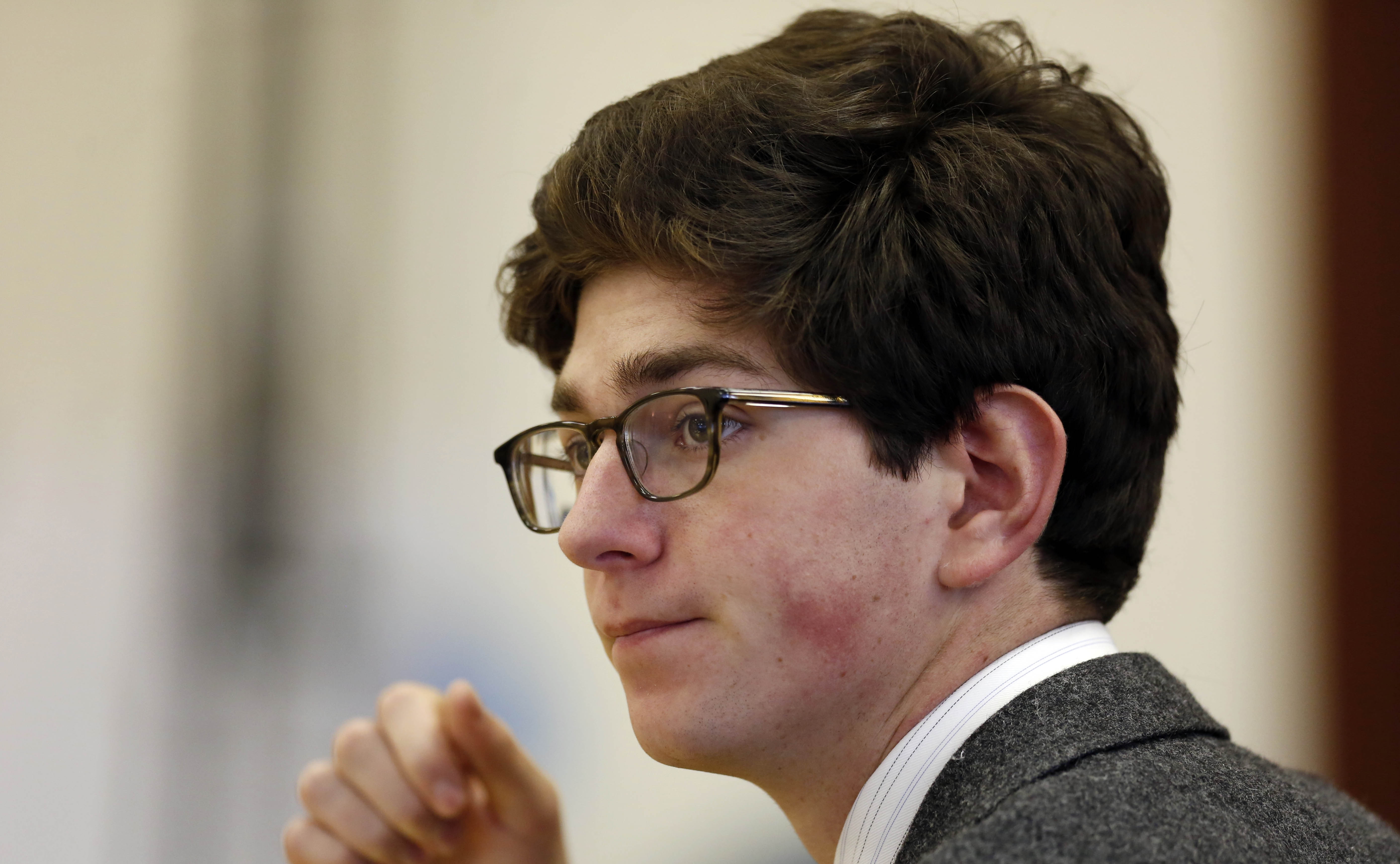 CONCORD, N.H. -- A New Hampshire prep school graduate convicted of sexually assaulting a classmate was denied a new trial Wednesday by a judge who called some of his claims of ineffective counsel absurd and almost frivolous.

Owen Labrie of Tunbridge, Vermont, was acquitted in 2015 of raping a 15-year-old classmate the previous year as part of Senior Salute, a game of sexual conquest at St. Paul’s School in Concord. He was convicted of misdemeanor sexual assault and child endangerment, as well as using a computer to lure the girl for sex, a felony that requires him to register as a sex offender for life.

Labrie, now 21, was sentenced to a year in jail but has remained free while he appealed his conviction and sought a new trial based on ineffective counsel. A Merrimack County Superior Court judge denied his request for a new trial Wednesday, two months after hearing conflicting testimony about whether defense lawyers were derailing the case or making reasonable strategic decisions. An appeal of Labrie’s conviction to the state Supreme Court is pending.

“The court finds and rules that the defendant’s trial team was comprised of highly experienced and prepared defense attorneys, who, overall, made reasonable strategic and tactical decisions throughout the trial,” Judge Larry Smukler wrote in his ruling.

He said one of Labrie’s claims “borders on frivolity” and remarked on the “absurdity” of another.

Labrie argued that his defense team erred in several ways, including not challenging the felony computer charge during the trial and not attempting to further damage the credibility of the girl and several of Labrie’s friends who testified. He also argued he should not have been charged with or convicted of using a computer to lure the girl for sex because he exchanged messages with the girl through the school’s intranet, not the wider internet as the law specifies.

“Under the defendant’s interpretation, an anonymous 40-year-old who uses a campus terminal to solicit a 12-year-old child of a St. Paul’s School staff member to engage in an act of sexual penetration is not committing a computer uses crime,” the judge wrote, “whereas he would be committing that crime if he engaged in the same conduct by using a public terminal at an off-campus Internet Cafe or his own off-campus computer.”

Smukler also concluded that the school’s intranet falls within the definition of “online service,” as specified in the law.

Labrie was sentenced to a year in jail but has remained free while he appealed his conviction, reports the Boston Herald. An appeal of the case to the state Supreme Court is pending.